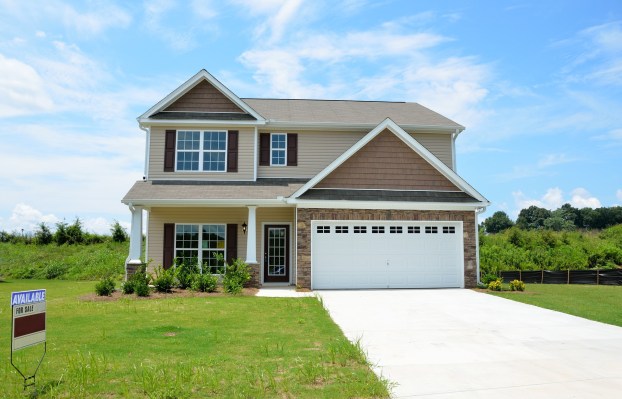 Number of homes on market slipping in central Kentucky

The booming U.S. economy has been good for home sales in central Kentucky. In fact, houses have been selling so well that in some areas, relatively few are left on the market. That’s cause for Kentucky Realtors, the statewide trade association for realtors, to make a plea that more homes be built.

“When homes are selling like flapjacks, the inventory starts dropping,” said Paul Del Rio, who works as communications director for KR. “… The central Kentucky area is actually faring better in that category (number of houses on the market) than most areas in the state. There’s still some inventory out there. But if you look at the trend — it’s not time to sound the alarm, but in a couple years, this area is going to be where some areas are now, which is struggling. People will call the office, say, ‘Hey, I’m looking for a home.’ Well I wish I had one to sell you, but I’ve got nothing.”

KR measures housing inventory by the number of months it would take to sell all homes currently on the market if no new homes were added. The ideal target is about six months of inventory — that’s neither a buyer’s nor a seller’s market, Del Rio said.

In 2015, the eight-county Central Kentucky region had an inventory of more than nine months, according to data from KR. That has dropped every year since, and is below six months for 2019.

“The economy has been doing great. Come July 4th, we will have crossed our longest period of expansion of our GDP in American history,” Del Rio said. “… You can’t deny that for the past decade, things have been going well. Unemployment is low, consumer confidence is high, and what’s happening is people are buying homes, and that’s great. That affects Kentucky as well, and our realtors are seeing the effects of that and doing well.”

KR wants its members to keep doing well, which is why Del Rio wants home builders to forge ahead with construction. “Our message is we want to encourage businesses and home builders to take advantage of this economic prosperity and meet that need,” he said. “There are people who are willing and, more importantly, ready to purchase homes and we want to encourage any builders or any businesses that want to come into an area … do that now, invest in the community. The buyers are there and they will be there. They will sell that and make a profit.”

New home construction may already be on the uptick in Boyle County. According to P&Z records, there were an average of about 25 new homes built in Boyle every year from 2014 through 2017. According to Boyle County Building Inspector Rusty Cox, there were 38 new homes built in 2018. Through five months of 2019, there have already been 21 new homes, according to Cox’s data. If new homes continue to be built at the same rate for the rest of the year, the total in 2019 could hit 50.

Steve Hunter, director of Danville-Boyle County Planning and Zoning, noted while there are new homes being built, P&Z is seeing almost no new subdivisions — roads, sidewalks, etc. — being constructed. Most of the new construction is occurring on individual agricultural tracts in the county or on land already prepared for a house, he said.

Sarah Vahlkamp, chairperson for Smart Growth Boyle, said the local grassroots group supports development, including the attraction of new people to Boyle County. She said SGB is interested in making sure that development is balanced with preservation and that certain principles are followed, including “preservation of farmland and green spaces,” “compact and environmentally safe building design,” “a choice of housing opportunities” and “walkable neighborhoods.”

“We are fortunate to have had a strong (P&Z) Commission, which has guided growth and economic development,” Vahlkamp said. “Its involvement has resulted in attracting a significant number of new residents of all ages to our community.

“All of the several consultants who have evaluated Danville/Boyle County in the past 10 years have emphasized how desirable our community is for attracting new residents, as well as providing for the existing population. They note the rural beauty of the countryside; the attractiveness of the downtowns; an appreciation of its history; the availability of health, educational and cultural opportunities; the proximity to larger cities; its involvement of citizens in government; and its sense of place.”

Del Rio said if the housing inventory ever does fall so low that it affects the housing market negatively, it can hinder the overall economy, because the success of many other businesses is tied to housing sales. A slowdown in housing can also mean new economic development projects might look elsewhere.

“This central Kentucky market is doing well, but I think it’s at a point where some interest should be taken in the housing market here, to avoid a long-term negative effect,” Del Rio said. “I don’t mean to say that and sound like, ‘Oh, we’re going to be underwater in 20 years, global warming.’ It’s not that kind of alarm bells. It’s just we need some forward thinking, investment in the community so it can continue to thrive. It’s a vibrant community, it’s just starting to show the signs of outgrowing its current footprint.”

“We need the commonwealth to continue putting in pro-business policies that help increase wages,” Phillips said. “We also need more affordable housing with programs such as first-time homebuyer tax credits being used in other states to meet the demand.”

The Central Kentucky Association of Realtors is the local board for realtors in Boyle, Casey, Lincoln, Garrard, Mercer, Rockcastle, Shelby and Henry counties. It is one of 22 such local boards operating as part of Kentucky Realtors, the statewide organization.

The Danville High School council took another step toward choosing the school’s next principal Wednesday night, when it chose the... read more