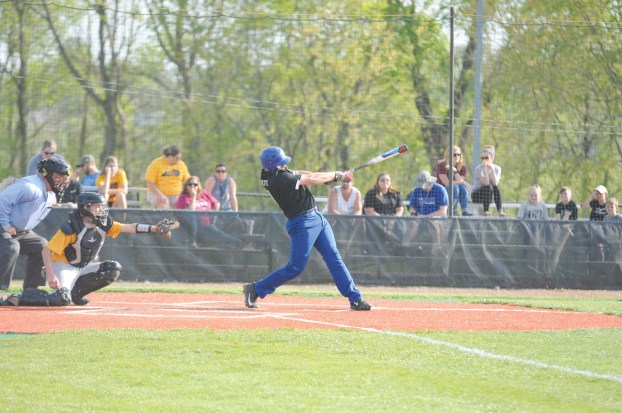 Cayden Shaver hit 10 home runs for the year and set a school record with 45 walks. (File photo by Matt Overing)

The Danville baseball team may have fallen short of its team goal in the 2019 season, losing a heartbreaker to Somerset in the 12th Region Championship, but two players have been selected to the Kentucky High School Baseball Coaches Association All-State teams.

Sophomore pitcher and first baseman Ethan Wood was named to the first-team while senior catcher and pitcher Cayden Shaver was a second-team selection.

Ethan Wood, an impressive 6-foot-6 and 230 pounds, also was named as a top five finalist for the Gatorade Player of the Year in Kentucky.

Cayden Shaver, last year’s Advocate-Messenger Pitcher of the Year, finished as a finalist for the Johnny Bench Award, given each year to the top catcher in each state.

“This year, we had developed a few good young arms, and didn’t need to rely on him on the mound as much, needed him behind the plate more,” Morse said of the decision to move Shaver to catcher. “So he sacrificed some of his pitching to do that for the team, and that’s just the kind of kid he is. He’s a really good catcher.”

As an eighth grader, Wood had already committed to play collegiately at the University of Louisville, a top program who is making its fifth College World Series appearance this year. But he may never set foot on campus. 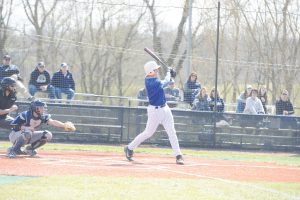 “Oh yeah (we’ve had pro scouts looking at him),” Morse, who played professionally for seven years as high as the AAA level, said. “We’ve actually had agencies fly in to watch him last year. That was a first for me, having agents and advisors wanting to get involved. It’s definitely an attainable goal for him.”

Wood led the state with 13 home runs to go along with his .432 batting average, 56 RBI, and 22 stolen bases offensively. As a pitcher, he was undefeated with seven wins and a 1.66 ERA and holding opponents to a batting average of .165.

“Being named first team All-State shows that he has the respect from the coaches around the state, you know, that’s who votes on it,” Morse said. “I’m just really proud of him. He has high expectations and goals for next year. He’s working hard in the offseason trying to get better, and that’s what we preach.”

Shaver hit .350 in his final year at Danville, reaching base on over half of his plate appearances. He added 10 dingers and drew a school record and state leading 45 walks.

“Can’t say enough about that kid. Hard worker, always working to get better every year,” Morse said of the senior. “So proud of him, and excited to see him do great things in the future.” 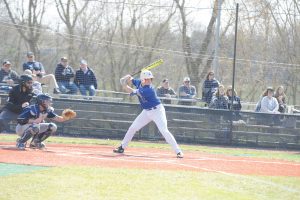 Cayden Shaver’s 45 walks this season found him atop the leaderboard in the state and set a school record. (File photo by Matt Overing)

Next year, Shave will be attending Murray State University, where, Morse says, he will have a chance to compete for playing time early into his career.

Katy Grace Chadwell named KSCA 2A Player of the Year

The list of honors keep coming for Boyle County senior pitcher Katy Grace Chadwell as the KSCA named her the... read more