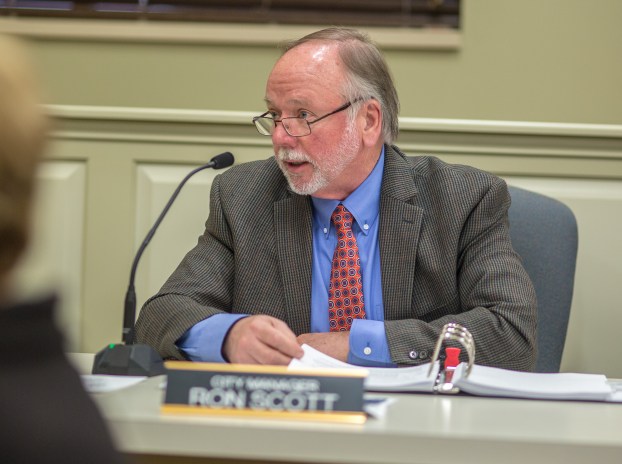 Danville City Manager Ron Scott plans to retire at the end of 2019, he announced at Monday night’s city commission meeting.

“Please be advised that effective Dec. 31, 2019, I plan to retire from service as Danville’s city manager,” reads a letter Scott provided to commissioners and Mayor Mike Perros. “With a career spanning 35 years of total service to Danville and other Kentucky cities (and as I will be a ‘young’ 70 on my next birthday), I have concluded it’s time to embrace the next chapter of my life.

“This will hopefully be one that will allow more flexible and greater time for me to support family activities, community and personal endeavors.”

Scott was complimentary of those he has worked with in city government during his time with Danville, and said he is announcing his planned retirement more than six months in advance “to facilitate a smooth transition to the next city manager and our continued progress.”

“The board’s selection of the next city manager is both an inherent responsibility and a key decision that you will make,” Scott wrote. “… In my view, the recruitment for this key position would benefit (on both a cost basis and an outcome basis) from the use of a professional recruitment firm to assist the board in the various steps of the recruitment process.”

Scott was first hired on an interim basis by Danville in August of 2011. The city made him permanent city manager in May 2012.

The old Starbucks building on the south side of Danville is slated to become a Captain D’s restaurant, according to... read more