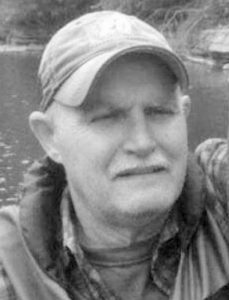 Darrell Wayne “Moon” Stratton, 64, died Thursday, June 6, 2019. He was born in Danville on May 23, 1955, to the late Harvey Isaac Sr. and Ruby Gilpin Stratton. Darrell was a General Foreman for FKI Logistics. He enjoyed fishing and bowling and loved his dogs, Mattie and Rosco.