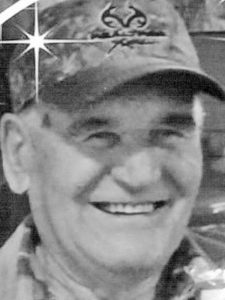 James R. Short, 85, of McKinney, Kentucky passed away on Monday, June 10, 2019 at Ephraim McDowell Medical Center in Danville, Kentucky. Born on May 3, 1934, in Garrard County, Kentucky to the late Jessie Short and the late Lillie Mae Davis Short. James did a little bit of everything during his life, he was a “jack of all trades” as well as being a carpenter for most of his life. He was an outdoorsman, loving to hunt and fish, and he really enjoyed helping others. He was a member of McKinney Christian Church in McKinney, Kentucky.

In addition to his parents, he was preceded in death by one son, Jimmy Short; two brothers, Clarman Short and Roy Short; and two sisters, Christine Winkler and Edith Southerland.

A funeral will be held on Thursday, June 13, 2019 at 1 p.m. at Spurlin Funeral Home in Stanford, KY with Bro. Greg Starbuck and Bro. Chris Taylor officiating the service. Burial will follow at McKinney Cemetery in McKinney, KY.