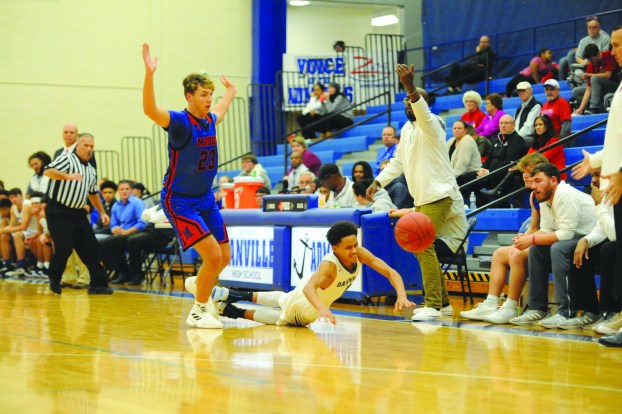 It could cost an extra $1 next school year to see a Danville Admirals game.

The Danville Board of Education will consider increasing the admission price from $5 to $6 during its regular June meeting, 6 p.m. Monday at Danville High School.

School officials said this week it has been 10 years or longer since the price was raised, even as the cost to provide athletics programs for students has gone up. Superintendent Tammy McDonald said she tried to find out when the last price increase was and couldn’t nail it down.

McDonald said bass fishing and eSports are entirely new programs that have been added in recent years, and those programs come with added costs for the school district.

“Some of our biggest costs have been in increased transportation because even sports that we’ve had for years, we’ve added some games,” she said. “And then one of our biggest increases is referees — paying for refs. That’s gone up tremendously as well.” 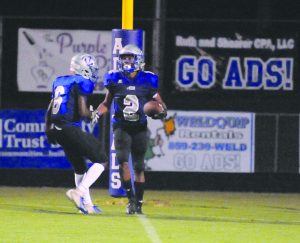 Brennan McGuire (2), and Damon Jackson (6) celebrate a McGuire touchdown in a home game against Pulaski County last September. A plan to increase ticket prices across all Danville athletics will be discussed Monday. (File photo Matt Overing)

School board member Paul Smiley suggested the board could increase to $6 but make it free for seniors — anyone over a certain age — to attend. He said a lot of schools around Kentucky have such policies.

McDonald and other board members expressed concern that seniors make up a large portion of attendees at Admiral games and the loss of revenue from seniors could erase whatever increase is realized from the $1 increase on everyone else.

The board did not take action on the issue during its working session this week; it will be on the agenda for possible action Monday.

Cousins battles through injuries to contribute

By LARRY VAUGHT Contributing Writer I am not sure how many people really thought DeMarcus Cousins could play a significant... read more