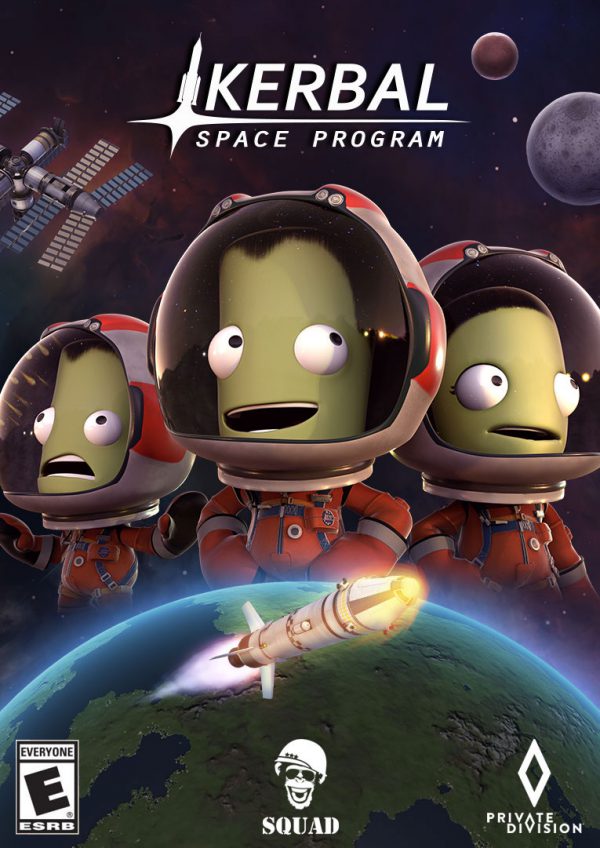 Join the Kerbal Space Race at the library

This summer during the Universe of Stories summer reading program, the Boyle County Public Library will host the Kerbal Space Race, which features the interactive computer game Kerbal Space Program.

During the game, participants will take charge of the space program for an alien race known as the Kerbals. Players will have access to a variety of virtual parts they can use to assemble spacecraft that will fly and maneuver, based on realistic aerodynamic and orbital physics.

Players will then attempt to launch their Kerbal crew into orbit to explore the Kerbal solar system. Not all launches are successful, but that is part of the learning process. Players can also expand the expedition by constructing bases and space stations for the Kerbals as they try to fulfill their ultimate mission of conquering space.

“We’re excited to offer this program for a number of reasons,” says Caleb Conover, public services librarian. “Game mechanics teach the effects of gravity, aerodynamics, and other scientific principles that impact launching an object into space.”

Conover adds, “It’s also just plain fun — you get to build your own digital rocket ship and blast it into orbit. What’s not to love?”

The first supervised session of the Kerbal Space Race will be held 4 p.m. Monday, June 17 in the Computer Lab at the library. A second session will be held in July. Both of the sessions are for players ages 9-18. Registration is not required to participate.

The Kerbal Space Program will also be available for open play in the library’s computer lab. Anyone who would like to play but who is unable to attend either session can contact Chuck Geither at the library for more information on how to arrange a playing session.

Some key features of the “Kerbal Space Program” include:

• building spaceships, rockets, planes, and vehicles using any imaginable combination of parts, each with their own function that will affect the way the spacecraft behaves;

• managing Kerbal crewmembers, including hiring, training, and sending them into space to become heroes;

• sending the Kerbal crew outside their ships for “extra-vehicular” activities;

• docking spacecraft together to construct space stations, massive starships, and surface bases on new planets; and

• using satellites to scan terrain and find biomes and other anomalies.

The Kerbal Space Program website (kerbalspaceprogram.com) further explains the computer game’s three featured gameplay modes. In Science Mode, players “perform space experiments to unlock new technology and advance the knowledge of Kerbalkind.” In Career Mode, players “oversee every aspect of the space program, including construction, strategy, funding, upgrades and more.” In Sandbox, players “are free to build any spacecraft they can think of.”

For those teens who enjoy traditional tabletop games, the library is also hosting a Sci-Fi Tabletop Games Day 1-5 p.m. Sunday, June 16 in the Mahan Gallery. Available games include (but aren’t limited to) Risk 2210 A.D., Star Wars X-Wing, and Dead of Winter. Snacks will be provided.

More information about these and other upcoming events can be found at www.BoylePubLib.org or by calling the Library at (859) 238-7323.

Review: Pioneer Playhouse gets wild and frantic with ‘Kong’s Night Out’

By DAVID CARRIER Contributing columnist Pioneer Playhouse is celebrating its 70th year of theater under the stars in 2019, and... read more