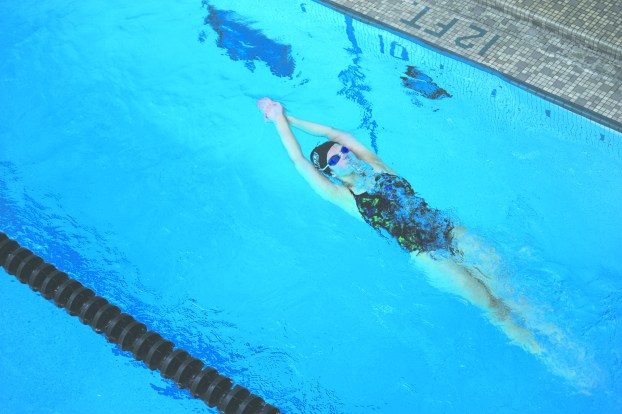 Over the weekend, Centre hosted high school swimmers from all over to give them a taste of what collegiate swimming is like. (Photo by Derek Brightwell)

Last weekend, Centre College completed its second swim camp of the week. This one, exclusively for high school kids, focused more on intensive workouts and endurance training. Coach Dean Brownley hopes that kids will leave this Colonel Swim Camp knowing what it means to be a college swimmer, and that they will continue their careers as Colonels. 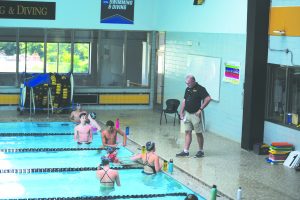 “It’s one of our greatest recruiting tools. I think for the last six years in a row, we’ve yielded at least one recruit out of this camp that has come to Centre,” Brownley said about the camp. “We try to give them the full complement of a college camp. We met with somebody in admissions, they went through a strength and conditioning set, tomorrow they’ll go on a campus tour. We’re going on a dry land set as well. So they really get the full gamut of what it means to be a college swimmer, specifically here at Centre.”

The camp is different from the one that Centre held during the week, in that it is more college preparatory than the previous one that welcomed a wide range of swimmers from all different skill levels.

Brownley welcomes the change of pace, and attributes his long coaching career with being able to completely change focuses in a day.

Of course, not all swimmers who attend the Centre camp will go on to attend Centre College. Brownley doesn’t worry about the kids that he misses out on. 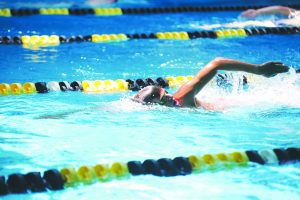 Centre College uses the College Prep Camp both as a way to grow the sport in the community, but also as a recruiting tool. (Photo by Derek Brightwell)

“Having been in the sport for the last 26 years, it’s been great to me,” he said. “If I can better prepare someone for their college experience, whether it be here at Centre or somewhere else, I feel like that’s my job as a coach to get them prepared for that next level.”