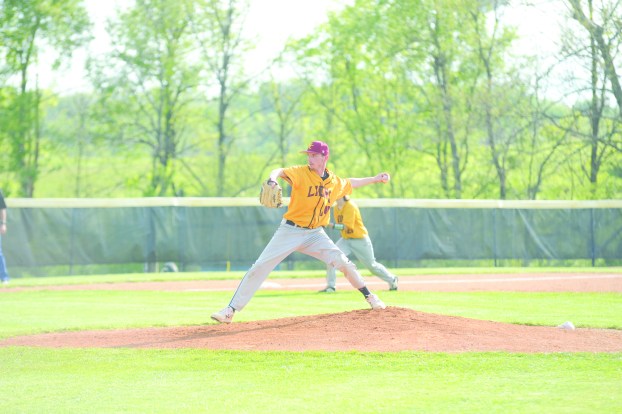 Senior pitcher Ashton Smith in a game against Danville. He is a member of the final senior class CJ Lynn will coach at Garrard County. (File photo Matt Overing)

Lynn steps down as Garrard coach

For the first time in seven years, the Garrard County baseball team will have a new coach in its dugout as CJ Lynn stepped down from the role earlier this week.

“It has been a great seven years as the head coach at GCHS,” Lynn said. “This has been a long, thought out process about stepping down. At this time I need to take some time to be with my wife and kids. I want to be able to spend time with my boys as my oldest is starting to play sports and starting school.

“I love the game of baseball, and feel that if my mind is somewhere else then I am not giving my players my all,” he added. “ My love for the game will not allow me to be away from it long.  Whether it is coaching my son or some other capacity. I will be back on the diamond at some point.”

Lynn took over for former coach Doug Simpson for the 2013 season, and his next two years posted a combined record of 39-22. The team he’s passing on to whoever fills the role next will be returning six starters, and includes some sophomores who received playing time as freshmen. 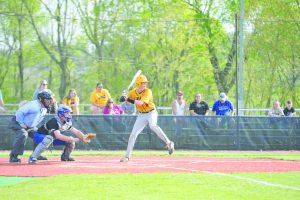 Hudson Cornett is one of the underclassmen who will be back next year with a new coach for the Golden Lions. (File photo Matt Overing)

“Garrard has a great nucleus coming back,” Lynn said. “They are a very hard working group of young men and who are very coachable. At this time I do not know who will be taking over for me. But who ever does take over is getting a great group of young men.”