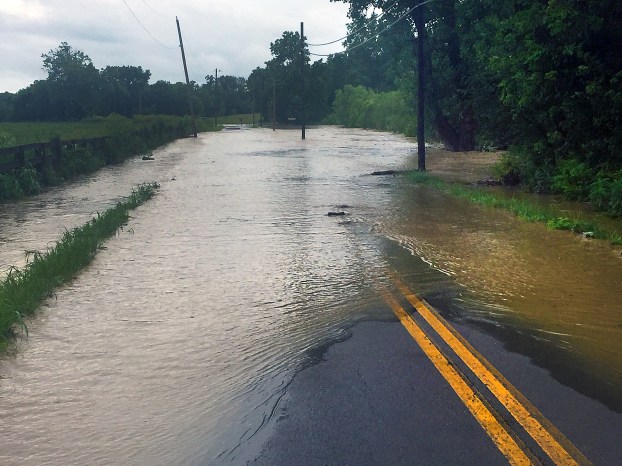 The Chaplin River swelled over its banks and onto Mitchellsburg Road near Perryville Thursday morning. (Photo submitted by BCEM Director Mike Wilder)

About two and a half inches of rain fell within a three-hour time span Thursday morning causing some roads in Boyle County to be blocked due to flash flooding. 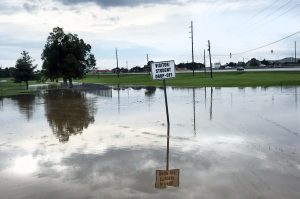 Flash flooding spreads over the Boyle County Schools campus at the corner of U.S. 150 and the bypass Thursday morning. (Photo submitted by John Cassel)

Wilder said dispatchers were kept busy answering calls from residents who were reporting high water around the county, no one needed to be evacuated.

A section of Mitchellsburg Road near Perryville, Maple Avenue and Harberson Lane were just a few places where county and state road department workers placed blockades for a while, he said.

“You just can’t drive through these flooded areas.” It takes only 6 inches of water over a road to cause a vehicle to float away, he said.

“We’re going to start drying out Friday (today),” Wilder said. But more rain is expected in this area again over the weekend.