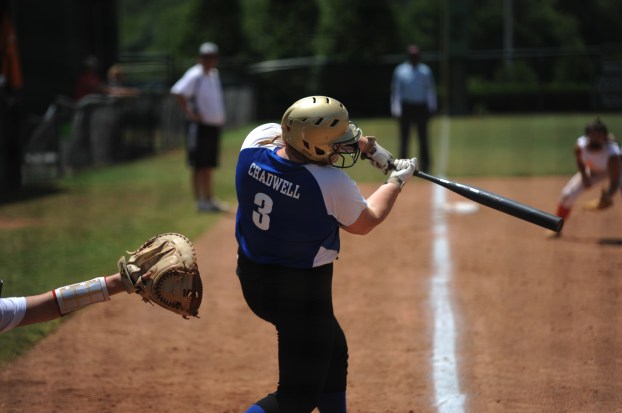 Chadwell gets one last series with coach

LEBANON, Tenn.— This Wednesday, Boyle County senior pitching ace Katy Grace Chadwell finally wrapped up her high school career by playing for the Kentucky High School All-Stars. The moment was made even more special because her coach for the game was the coach she’s had for the entire duration of her five year prep career, Brian Deem.

“We’ve kind of been joking about it the last couple of days. We had practice yesterday and we were joking about it. ‘You can’t get rid of me’, things like that,” Deem said of Chadwell, whom he’s coached for five years.

“Just having my own high school coach as my coach (in the All-Star Series) just means that much more because I have that connection with him,” Chadwell added. 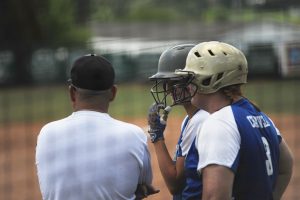 Chadwell completed a stellar senior year with a 20-5 record and 2.34 ERA as a pitcher in route to being named the 2A Player of the Year by the Kentucky Softball Coaches Association. She also was named to the All-State team. In addition, struck out 152 batters while only surrendering 25 walks, earning a 1.13 WHIP.

At the plate, Chadwell also excelled, hitting .397 and slugging .661 with seven long balls and 44 RBI.

“It means a lot because it’s an honor just to be out here and in this position,” she said of her selection to the all-star team. 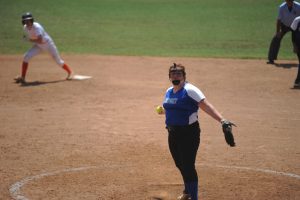 In the All-Star series, Chadwell went 0-3 in the first game, and came in as a relief pitcher in game two to shut down the Tennessee All-Stars and keep Kentucky in the game.

Deem said that it was nice to be able to coach his five-year star one last time.

“She did well today. This  Tennessee team is a really solid team,” he said. “Just to be able to be out here with her one last time. It’s truly special.”

Boyle County was represented in the East-West All-Star games by juniors corner infielder Keely Bowling and centerfielder Izzy Gervacio. With Chadwell being the only senior on the roster, she was the only representative the Rebels could have for the Kentucky-Tennessee All-Star Series. Chadwell praised the two juniors leadership on and off the field, and believes that Boyle County will be just as formidable next year as it was this year.