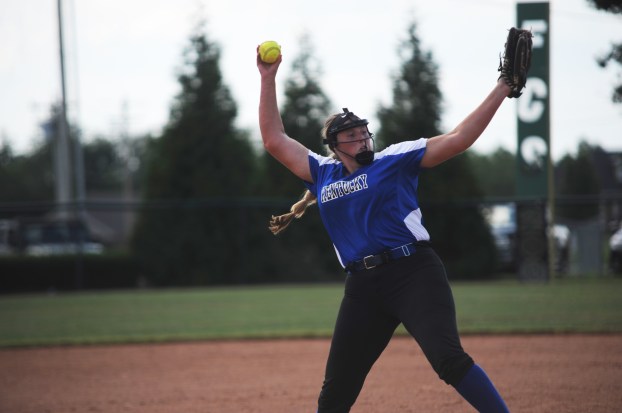 LEBANON, Tenn. — Garrard County senior Kelsey Perkins completed her impressive senior season as a member of the Kentucky all-star team as voted on by the Kentucky Softball Coaches Association. As a pitcher, she was integral in leading the Lady Lions to the 45th District Championship, and kept them in the 12th region championship game, before ultimately falling one run short.

As an all-star, Perkins was joined by friend and 45th district rival Katy Grace Chadwell from Boyle County.

Me and Kelsey grew up together and grew up playing with each other,” Chadwell said. “We have a little competition sometimes when we play each other. But at the end of the day, we’re still teammates and off the field we’re still good friends.”

Perkins is proud of making the all-star team, proud of her season, but mostly proud of what it means for the Garrard County program. 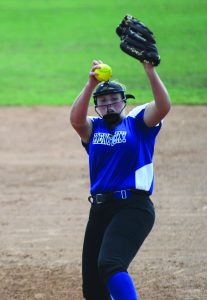 “It means so much to me. It means pride, basically. Just knowing that I’m out here representing Garrard County and where I’m from,” the senior pitcher said.

In the East-West all-star game, Perkins and junior catcher Katy Pozzuto represented the Lady Lions, with Perkins, the senior, being selected for the showcase against Tennessee. Perkins also had high praise for her battery mate, acknowledging the junior’s power surge and how it gave her team confidence every at bat.

In her senior year, Perkins had a record of 27-5 with a 2.31 ERA. She also punched out 258 batters and earned a 1.13 WHIP. She’s proud of the growth that she experienced from the beginning of her career, especially in the circle.

“Pitching definitely has grown. Hitting has gotten a lot better too,” she said. “I used to just play wherever if I didn’t pitch. But I started to focus on batting and hopefully I’ll get to bat in college. Pitching overall, all the lessons and the practice.”

Offensively, Perkins hit .479 with a slugging percentage of .630, putting four balls over the fence and driving in 37 runs. Her patience at the plate also allowed her to draw 19 walks. 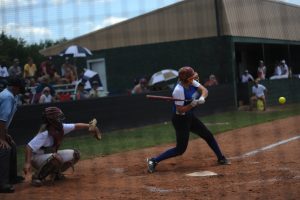 In addition to her pitching, Kelsey Perkins felt she grew a lot in her approach to hitting throughout her prep career. (Photo Derek Brightwell)

During the Kentucky-Tennessee All-Star Series, Perkins played first base mostly. However, in game two, she entered the game as a pitcher in the top of the seventh to shut down Tennessee and give Kentucky a chance to complete a five run comeback.

Next year, Perkins will play for the Morehead State Eagles.

The Garrard County Golden Lions football will be holding its youth football camp and combine on the weekend of July... read more