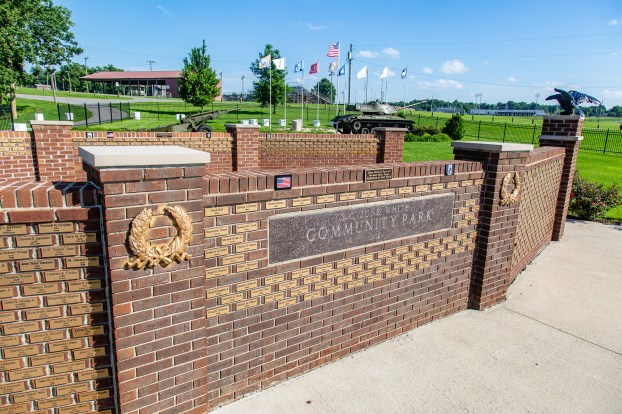 The Boyle County veterans wall sits at the front of Whites Park, off the Danville bypass next to the property where the Boyle County Fair is held. (Photo by Ben Kleppinger)

Veterans wall will be protected by new deed

The Boyle County Fiscal Court voted unanimously Tuesday to proceed with plans to protect an approximately 1.8-acre piece of land around the county’s veterans memorial.

A preliminary plat will be finalized so a deed with restrictions can be filed, creating Veterans Memorial Park on part of what is now Whites Park, next to what’s known as the Boyle County fairgrounds, west of Millennium Park and east of the Danville bypass.

The effort to create the protected park was spearheaded by former Boyle County Magistrate Jack Hendricks, himself a veteran.

“I strongly recommend we make a separate deed for this area with the restriction in it,” Hendricks told the fiscal court this week. 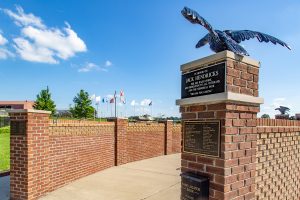 The Boyle County veterans wall sits at the front of Whites Park, off the Danville bypass next to the property where the Boyle County Fair is held. (Photo by Ben Kleppinger)

“That way, you’ve got it separated and should you ever decide to do anything with that other three and a half acres, then this area is protected no matter what.”

Hendricks brought the fiscal court two options to choose from: protecting a park about 1.3 acres in size or a larger area of 1.884 acres, which would allow the protected area to include a nearby pavillion and access to water. Magistrate Jason Cullen quickly moved for the larger option and the other magistrates voted in favor.

Cullen, who unseated Hendricks in last year’s election, also took the opportunity to make an apology to his former opponent.

“Right after the last election, I made some sort of off-handed comment or something like that and it got reported in the paper … it questioned Jack’s work integrity and what he’s done for this county,” Cullen said. “And honestly, that was a huge mistake on my part. Coming into this job and getting to know Jack better, I don’t think anyone has really worked as hard for this county and this community — and his country as well — as Jack has.”

Cullen said he is grateful for the friendship he and Hendricks have. Hendricks said he never took Cullen’s comments in a negative way.

Boyle County’s veterans wall memorial was unveiled in 2008; as chairman of the memorial committee, Hendricks spearheaded construction of the wall and has continued to lead efforts to improve the memorial and add names. At its unveiling, there were 340 names on the wall, according to news archives.

Hendricks said Tuesday there are now 1,554 names on the wall, including 77 names of those killed in action, “who gave their lives for Boyle County.”

Hendricks also told the fiscal court he would like financial support to pave a gravel road to the memorial.

“For eight years, I was always an advocate that anybody that comes to this court and asks for money, they ought to be out trying to raise some on their own. I don’t care who they are,” Hendricks said. “… So anyway, I have gone out … and I’ve raised $1,800 to help with that road.”

Hendricks said he would bring the check for the money raised to the fiscal court after the first of July, once the county’s new fiscal year has begun.