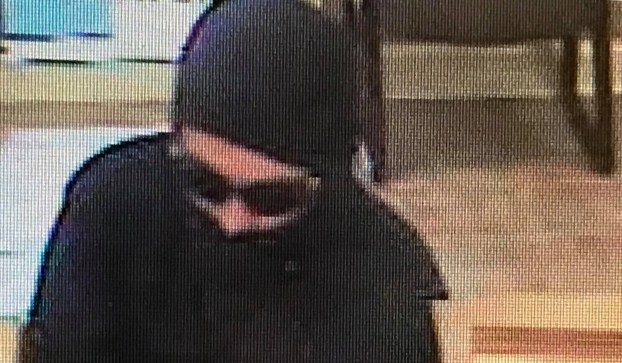 Authorities are on the hunt for a man who robbed the Farmers National Bank branch Tuesday afternoon. The man entered the bank at 2:49 p.m., while customers were inside, wearing a black hoodie, black ski mask, yellow gloves, blue jeans and dark sunglasses. 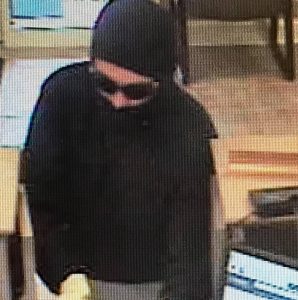 “We are sure of one customer who was inside of the bank. We did a lot of interviews,” Danville Police Chief Tony Gray said. Several bank employees were still on scene later in the day, as police talked to them.

Gray said employees did not see any weapon. The man did not present a note, he said, he asked for money, and fled on foot with an undetermined amount of cash.

No one was injured in the incident. 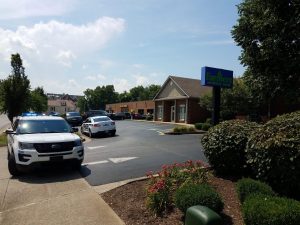 (Ben Kleppinger photo) Authorities were on the scene of the West Main Street branch of Farmers National Bank after a man robbed it.

Police were alerted when an alarm was activated, Gray said.

“We performed a track with one of the K9 units, and we feel like the track was successful. It went toward Broadway, and we did find pieces of evidence,” Gray said, but he is not ready to discuss what those pieces are.

“We are actively working this, and we appreciate the assistance of the Boyle County Sheriff’s Department,” which provided the K9 unit, he said.