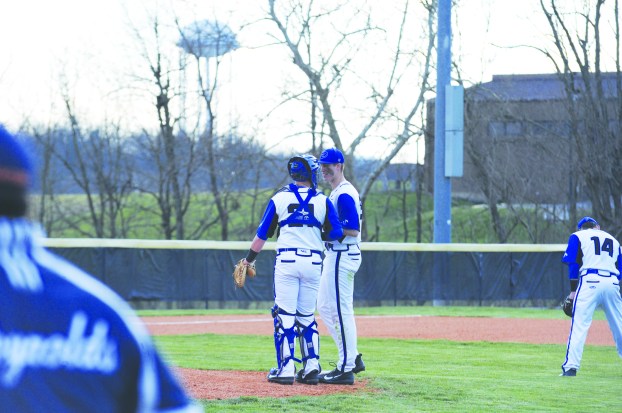 Four schools are represented by 10 players in the 2019 Advocate-Messenger All-Area Baseball Team. Danville High School, led by Coach of the Year Paul Morse and co-players of the year Cayden Shaver and Ethan Wood, lead the way with four players making first team honors, and an additional two receiving votes to earn honorable mention.

“Having four first team and two honorable mention is a great honor for our program. Not sure the last time we had that many make the team,” Morse said. “Only two of those six were seniors this past season, so we are also excited about the future of the program with those guys and the rest of the returning group.”

Pitcher was by far the most crowded area in the 2019 All-Area selection process, and the two who made the first team also had to share the Pitcher of the Year spotlight. Barnett’s 7-1 record and 2.23 ERA were impressive, but his 84 strikeouts in only 53.1 innings give him a K/7 of 11.025. For comparison, the top 10 on the MLB leaderboard in K/9 all hover around that mark. 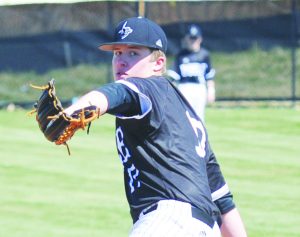 Samons got the start in Boyle’s opening day game against Casey County. The junior went six innings of shutout ball and only threw 75 pitches. It was that pitch efficiency that allowed him to throw 66.1 innings, ranking 17th in the state in the category. In those innings, Samons was great. His 7-3 record tied him for most wins among nominated pitchers, and his 1.66 ERA was tied for second among those pitchers. He was also able to punch out 60 batters. 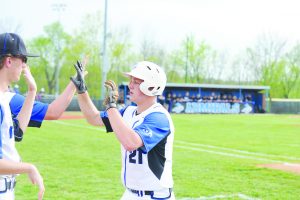 Also being named co-player of the year with teammate Ethan Wood, Cayden Shaver stands alone as the catcher for the All-Area Team. This is not the first time that Shaver and Wood combined to make something special happen for the Admirals, as last season they became the first pair of pitchers to strike out 100 batters each under Paul Morse. That season led Shaver to earn Pitcher of the Year honors in last year’s edition of the Advocate-Messenger All-Area awards.

“I’m so proud of Cayden and and all his accomplishments. He is such a hard worker and that has paid off for him the last two years. I expect him to have a great career at Murray State because of that work ethic,” Morse said of his senior. 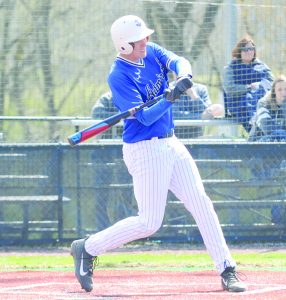 Ethan Wood had the kind of year that would make a great exclamation mark for a memorable high school career. He just did it as a sophomore. His pitching numbers could have earned Pitcher of the Year honors, but his offensive numbers were too great to ignore. Of all the underclassmen making the All-Area Team, the first-team All-State sophomore might have the brightest future.

“A tremendous talent with all the tools to go as far as he wants,” Morse said of the University of Louisville commit. “He had a great season this year both offensively and pitching. We expect big things from him in the future. He has really been working hard this summer to get himself into physically better shape. If he continues to put in the work the sky’s the limit for him.” 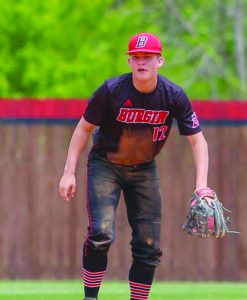 Speaking of young stars with bright futures, Hunter Reed’s slashline of .468/.577/.662 and a 1.239 OPS would be eye popping from anyone. Consider that Reed did it as an eighth grader playing at the varsity level and it sounds otherworldly. Reed led the Bulldogs in almost every statistical category. His 33 stolen bases finished second on a Burgin team that led the state in steals.

“We’re glad to hear the great news. It’s truly an honor for an eighth grader to be recognized as one of the top players in the area, and we are grateful the other coaches saw what we see in him,” Burgin assistant coach Zeke Edwards said on behalf of head coach Donnie Edwards.

Reed is one of the many young talents that Edwards hopes will turn the fortune of the program around after going winless just two years ago. Next season, they will look for him to be a leader despite being a freshman. 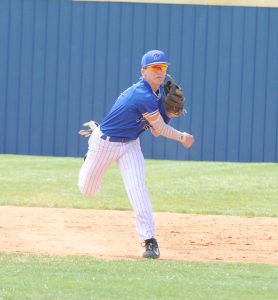 Another Admiral sophomore infielder being recognized as a member of All-Area, Preston Barnes played most of the year at shortstop, the captain of the infield. At the plate, he hit .333 and eight home runs, driving in 33 runs. Morse is counting on him to improve those numbers next year, and believes he has the potential to do so easily.

“Preston had another good year for us. He plays so hard all the time. He is a very gifted athlete with high energy. Preston has the potential to hit .400+ and hit 10+ HRs every year,” the Coach of the Year said. “We will need Preston to step up and be one of our leaders next year and I believe he will be.” 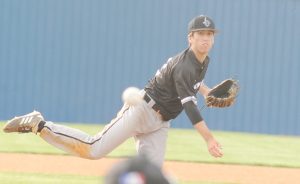 Karson Thompson was a key contributor in multiple roles this year for the Rebels. He was one of Boyle’s most reliable pitchers on the season, but it was his production at the shortstop position and at the plate that earned him All-Area honors. Hitting for an average of .340 and an on base percentage of .387, the junior also put three out of the park, and slapped 12 doubles. He also scored 25 runs, and stole eight bases.

We counted on him in lots of different ways and he came through for us,” Boyle coach Kyle Wynn said. 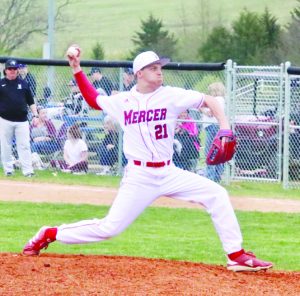 Dillon Warren responded to an increased workload in the way every coach dreams of. At the plate, he hit .427 and had an OBP of .515. Three of his 35 hits were long balls, and he drove in 20 runs while scoring 30 himself. He also had great pitching numbers, with a 4-1 record and 33 strikeouts.

“Dillon is one of the hardest working players I’ve ever coached. He does everything asked of him. He took on a larger role this season and shined. I’m extremely happy that his hard work has been noticed by coaches around the are,” Mercer coach Adam Shartzer said. 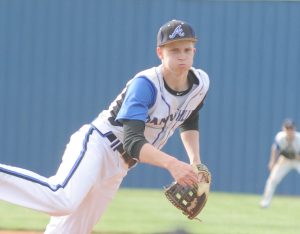 The third Admiral sophomore who had an excellent season for Paul Morse, Christian Howe bounced back from an arm injury that cost him most of his freshman year. As a pitcher, he posted a 3.06 earned run average with a 6-2 record, but it’s his bat that’s getting awarded. Six home runs, 12 doubles and 49 RBI to go along with a .451 batting average makes for more than just a pretty good bounce back season. Together with Wood and Barnes, the 2021 Danville baseball class could be the best in the state.

“Christian had a great year this season both offensively and pitching. He missed most of last year with an arm injury and to come back and do what he did this year is credit to the kind of kid and worker he is,” Morse said. “He’s a kid who truly loves the game. I can’t wait to see what he does these next two years.” 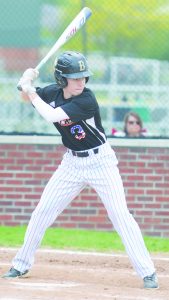 Cameron Yates might be a throwback to another era of baseball. A speedy leadoff hitter who’s elite defense in centerfield, arguably the toughest defensive position, saved his team runs and created wins. With a .326 average and a .407 OBP, Kyle Wynn could count on his leadoff guy to get on base for him, and was often rewarded with Yates coming around to score.

“Cameron, in my opinion is the best centerfielder in the region. His defensive in centerfield saves us runs and is a great safety net for us on defense,” Wynn said. “His speed and getting on base at the top of the order was also huge for us this year.”

Katy Grace Chadwell chosen as Pitcher of the Year

Senior Katy Grace Chadwell will go down as one of the most decorated players in Boyle County softball history. She... read more