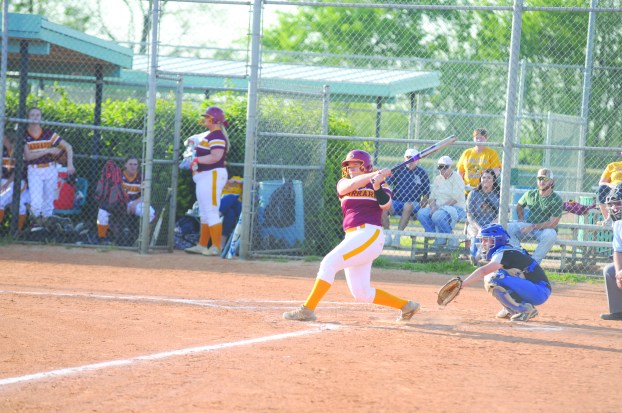 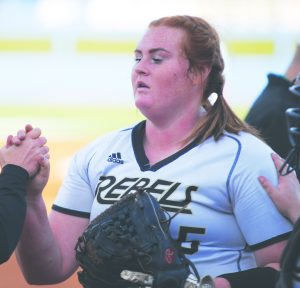 The Advocate-Messenger Pitcher of the Year, Katy Grace Chadwell adds another award to the list she received in 2019. Named to the East-West All-Stars and the Kentucky All-Stars against Tennessee, Chadwell was the driving force behind Boyle County’s three-peat 12th Region Championship and trip to the quarterfinals in the state tournament. She leaves a legacy at Boyle County, and will go down as one of the best to step in the circle for the Rebels. 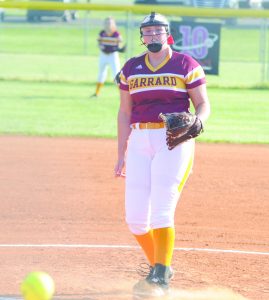 Really, there was nobody else it could be. As good as Chadwell was, Garrard County senior Kelsey Perkins was right there with her. The two friends were dueling rivals in both the 45th district championship and the 12th regional title games. And they split those decisions. Perkins was dominant in the circle for the Lady Lions, posting a 27-5 record and 2.31 earned run average. She struck out an absurd 258 batters and held a 1.13 WHIP. At the plate, she hit .479 and slugged .630 with four homers.

“Kelsey became a fixture in the circle for us this season. I don’t think anyone could have pried the ball out of her hand as we approached the end of the season,” Todd Montgomery said. “It was important to her to show her teammates that she could lead them to championships with her pitching. The familiarity that Kelsey and I had allowed us to make changes not only mid game but even in the middle of an at bat. With a gesture or word, she and Katy (Pozzuto) knew what I was thinking to get an out or induce a ball to be hit to a certain area.

During her 3 prior years, we could see she was a special talent in the circle. Kelsey has demonstrated what it takes to our future pitchers at Garrard. Just like the pitchers before her, she met the challenge head on and had not only a terrific individual season but a great career.” 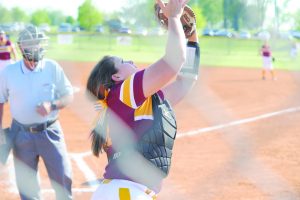 The Advocate-Messenger 2019 Player of the Year was the clear choice for the catcher slot on the All-Area Team. State leader, and top ten nationally in home runs, Pozzuto found it difficult to find pitches to hit later in the year, as teams either intentionally walked her, or only threw her junk. Next year, Garrard will rely on Pozzuto’s bat, as the team loses five seniors off its 2019 team.

“I have said many times that Katy has one of the most powerful bats ever. Her swing not only produces home runs but also hits with a high average. She is able to adjust and hit the ball with what the opposing pitcher throws. Her emergence as a premier HR in the state was expected by those that have seen her come up through the Garrard softball programs,” Todd Montgomery said of his junior slugger. 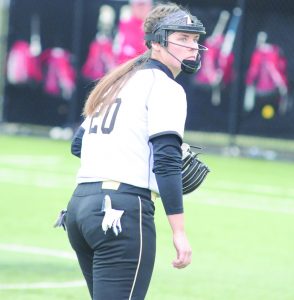 Keely Bowling’s outstanding junior year concluded as one of two Boyle juniors playing in the Kentucky East-West All-Star Game, an honor her play definitely merited. Slugging .750, she led the Rebels with 10 home runs and was third with 35 RBI. She also scored 31 runs and hit .417 on the year. Defensively, she earned her keep playing both corner infield positions and recording a fielding percentage of .994.

Next year, as senior stand out Katy Grace Chadwell graduates, Bowling will be one of the players called upon for leadership, a role Chadwell thinks she is more than qualified for. 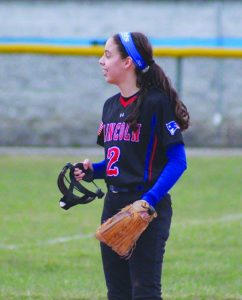 Maddy Boyle was a star multi-sport athlete during her time at Lincoln County, and she excelled on the softball field. Boasting a slashline of .356/.402/.678, Boyle was a spark plug for the Lady Patriots. She hit seven doubles, two triples, six home runs and drove in 17 runs. While on base, she also swiped 10 bags. Boyle was named honorable mention for last year’s team, and made it a personal goal to make first team for her senior year. And, to highlight her multi-sport abilities? She’ll be playing basketball collegiately next year.

“Maddy is exactly what you would want in a SS and a leader. Her energy was contagious. Her ability both offensively and defensively allowed her to put her stamp on every game we played. She will be very missed,” Lincoln coach Jordan Ward said. 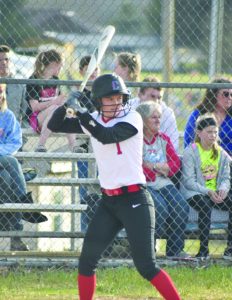 With a slash of .580/.580/1.130, Lauren Lee isn’t your prototypical leadoff hitter, but that’s exactly what she was for Casey County, and she thrived in it. Of her 58 hits, 10 of them were homers, and she was able to drive in 31 runs from the leadoff slot. When she reached base, which she did more often than not, her teammates picked her up, as she scored 41 runs. But her most impressive stat isn’t a high number at all, she only struck out twice on the season.

“It’s an honor for Lauren to be selected as an infielder for the All-Area Team,” Casey coach Anthony Hale said. “Lauren is a complete athlete who works very hard. She never takes a play off and is easy to coach.

“We had her batting lead off all season because her leadership inspired the confidence of the rest of the team. She has a great ability to get a read on the opposing pitcher and to find the ball offensively,” he added. “Defensively from the shortstop position she has the ability to cover a lot of ground and make plays that very few players at the high school level can make.  She makes routine plays look effortless. Lauren is a team first player who would rather the team get the attention and not herself. She has been a joy and an honor to coach.” 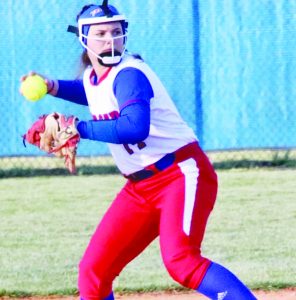 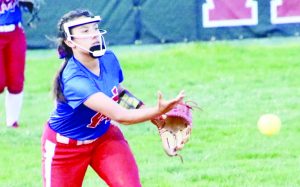 The second Titan to make the cut, Tharp also had an outstanding season. Slashing 410/.444/.701 as a sophomore, she stole eight bases and hit five home runs to go along with 13 doubles, three triples, 18 RBI and 25 runs.

“For me, it is always nice to see some of your own players selected. It shows their hard work did not go unrecognized,” Mercer coach Robbie Tharp said of his two All-Area selections. “All players have to juggle classwork, practice, games and in today’s world the social media aspect as well. Our whole team worked hard. We didn’t achieve what we wanted as a group, but we will bounce back as long as we keep having players like these two and many more. These two had really strong seasons this year with many more to come as long as they stay humble and keep working.

“Again, we give thanks to the coaches for the recognition of these two at Mercer,” he added. 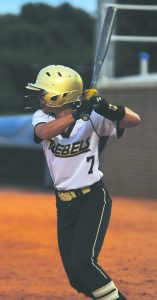 Just like Bowling and Chadwell, Izzy Gervacio received recognition statewide for her season. The speedy leadoff hitter hit .446 with an on pace percentage of .525. That’s outstanding production from the leadoff spot, and once she reached base, she stole 26 bases with an 86.7 success rate. “Izzy did a great job as a leadoff, centerfielder for us. Gave us an immediate threat on the bases,” coach Brian Deem said.

Defensively, she cashed in all but one of her 46 fielding opportunities for a fielding percentage of .979. 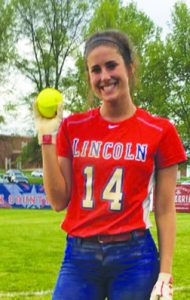 Trinity Shearer is named to the All-Area Team as an outfielder, but that might not be giving her the credit she deserves. She has the ability to play both middle infield positions as well, and has the offensive flexibility to bat anywhere in the lineup, as evidenced by her .372/.437/.564 slash line combined with her 18 stole bases with a 94.7 success rate. Like Boyle, Shearer earned honorable mention and made it her goal to make first team. Also like Boyle, she is a multi-sport star who plans on playing basketball at the next level.

“Trinity is a kid who you can play anywhere. She really settled into CF this season and shined. She can shut down both gaps with her athleticism and ability,” Ward said. “At the plate she has the power to change a game with one swing, and the speed to manufacture a run off of a walk.”