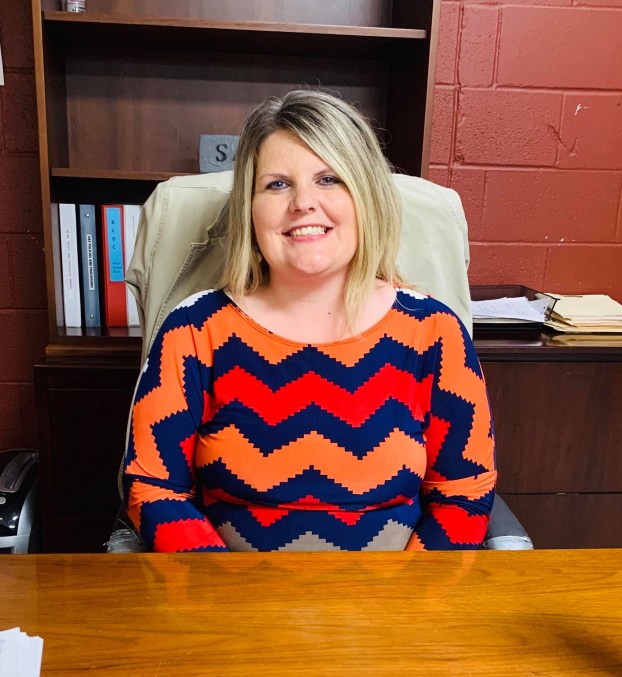 SaraBeth Wells is the new SAP director at the Boyle County Detention Center. Wells has had a passion for helping individuals with addictions succeed and turn their lives around. (Photo by Bobbie Curd)

The new substance abuse program director at the Boyle County Detention Center may be new to the community, but she’s not new to working in corrections.

“Since I’ve been able to work — since turning 18 — I’ve worked in corrections, addiction and foster care,” SaraBeth Wells said. “It’s my passion.”

Wells now sits at Tanith Wilson’s former desk, in the SAP area of the local jail, since Wilson was promoted to oversee all of the Boyle County treatment programs run by Shepherd’s House, including the jail’s SAP.

Wells previously worked at Northpoint Training Center, teaching classes in the evenings. That was her first time working “on the inside.”

“I was nervous the first time I went, sure,” she said, but added that Northpoint does a “phenomenal job with training. They do a really good job — someone once said they scare people, but it’s for all the right reasons.” She said through trainings, she learned what to look for while working with a prisoner population, and how to appropriately set boundaries, for instance.

Unfortunately, she said, foster services go hand-in-hand with substance abuse treatment. “The children — they struggle. You see that so much through foster care, and you see how much they miss their parents who are in recovery.”

Wells also was a case manager for Isaiah House. “That’s a great program, too. Now, I’m excited about the Shepherd’s House,” she said.

Is it an adjustment to be working “on the inside” again? 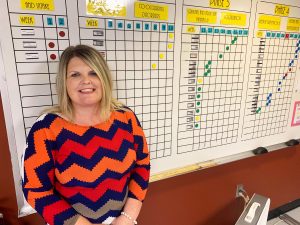 SaraBeth Wells says, “I have loved an addict. My family has been touched by addiction … Watching the process they went through, it makes you look at an addict through different glasses.” (Photo by Bobbie Curd)

“Honestly, yes and no,” Wells said. “With this program, we’re gearing them for the outside.”

They begin training at the jail on things like looking for housing and employment, and other everyday needs inmates haven’t had to think about while incarcerated. “My thought process here in the jail is still on those outside components as well.”

Wells explained she probably sees something different in these guys than others may.

“I have loved an addict. My family has been touched by addiction … Watching the process they went through, it makes you look at an addict through different glasses.”

Wells grew to care for people battling addiction. And she understands some don’t get it, because they may have not experienced having someone they love battle addiction; others have a hard time seeing it as a disease.

She doesn’t see the inmates she works with as statistics. “You learn they’re humans. They’re just like anyone else. At any given point, anybody can fall. And we need more people who are willing to help.”

She said she doesn’t have to look outside the jail for inspiration — she gets it from the guys inside the program. “You’ll take a guy at intake who doesn’t want to be here, he’s frustrated and doesn’t understand addiction. You watch them change into the man that society will be proud of — a productive member of society. This is why I do this. I want to see someone be reunited with their dad, their son or husband.”

Wells has a bachelor’s in human services and a master’s in management of human services. She’s currently working on her Ph.D. in philosophy, but plans on changing the focus to criminal justice.

“I have a temporary CADC,” she said, referring to her license as a certified alcohol and drug abuse counselor. Wells worked full-time to support herself through school. “And I’m very proud of that.”

She said if she can work in corrections, then she’s home. “I want a career out of it. There are many SAP programs in the state of Kentucky, but I would love to stay and be able to hear that Boyle County SAP is one of the better programs.”

Jerod Thomas, CEO/president of Shepherd’s House, admitted to teasing Wells about how she “smiles all of the time” and that he jokes with her that she better toughen up.

“I do smile a lot. It’s contagious,” she said. “What I tell people is that attitudes reflect leadership.”

Lawsuits still ongoing against KU, state to get answers

In 2017, Earthjustice filed a suit on behalf of the Kentucky Waterways Alliance and the Sierra Club demanding Kentucky Utilities... read more