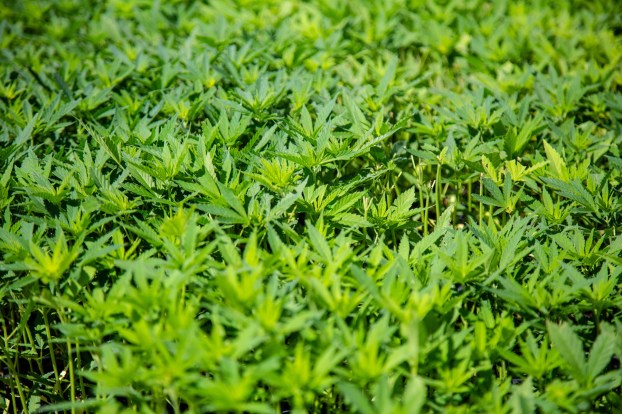 This CBD oil business is eyeing Danville, Kentucky for a 34-job, $6 million operation

Danville could land up to 34 new jobs if a CBD oil extraction business decides to open here.

International Farmaceutical Extracts LLC has preliminary approval for up to $800,000 in tax incentives if it invests just over $6 million and creates 34 jobs over 10 years.

“International Farmaceutical Extracts LLC specializes in the extraction and distillation of CBD oil from industrial hemp flower pellets,” according to the KEDFA approval. “The company is considering building a manufacturing plant with capacity of 5,000 pounds per day of CBD oil.”

The Danville-Boyle County Economic Development Partnership has been working with International Farmaceutical Extracts under the code name “Project 1775,” according to EDP President Jody Lassiter.

Preliminary approval does not guarantee a project will happen and a site for the possible facility has not yet been acquired, Lassiter said.

In order to earn all of the potential tax incentives, the business would have to employ 15 people initially, and increase to 28 within a year. From there, it would have to increase by two employees to 30 in year four; reach 32 in year six; and 34 in year nine.

The employees would make at least $10.88 an hour, with total hourly compensation worth $12.51; and the average hourly wage target would be $31.55 per hour.

If it meets all conditions, the company could get $80,000 in annual tax incentives for up to 10 years. Those incentives would come back to the company out of the 3-percent state payroll tax collected on its employees’ paychecks. The KEDFA filing also notes Danville and Boyle County would be asked to contribute an additional combined 1 percent from local payroll taxes.

Martin Smith of Edgewood Way in Lawrenceburg founded International Farmaceutical Extracts in May of 2017, according to the company’s articles of organization filed with the Kentucky Secretary of State’s Office. The SOS says the company is active and in good standing.

The company’s 2018 annual report states it is an agricultural business; has fewer than 50 employees; and is veteran-owned.

A call to the phone number listed on the company’s Facebook page was not immediately returned Wednesday.

Hemp was illegal to grow in Kentucky only a few years ago due to its genetic proximity to the illegal drug marijuana, but state and federal legislation has loosened restrictions, allowing the crop to be grown for industrial purposes and the CBD oil some variants produce in large quantities.

Hemp and CBD oil is now a growing business in Danville and Boyle County. In addition to multiple stores that have recently begun selling CBD oil products, the Peterson Farms-owned Kentucky Heritage Hemp Company on Bluegrass Pike west of Danville is growing as many as 200 acres of organic, CBD-rich hemp this year.

People use CBD oil to treat a wide variety of health problems.

“It’s truly safe to use, and non-addictive, but just make sure there’s no possible interactions with other medicines,” local CBD business owner Mary Noelker told The Advocate-Messenger earlier this year. “Sometimes another dosage of a medicine you’re on may need to be changed because CBD is metabolizing the same way that medicine is.”

Most start with a pop, whistling into the sky until they turn into a hissing swirl of lights, while others... read more