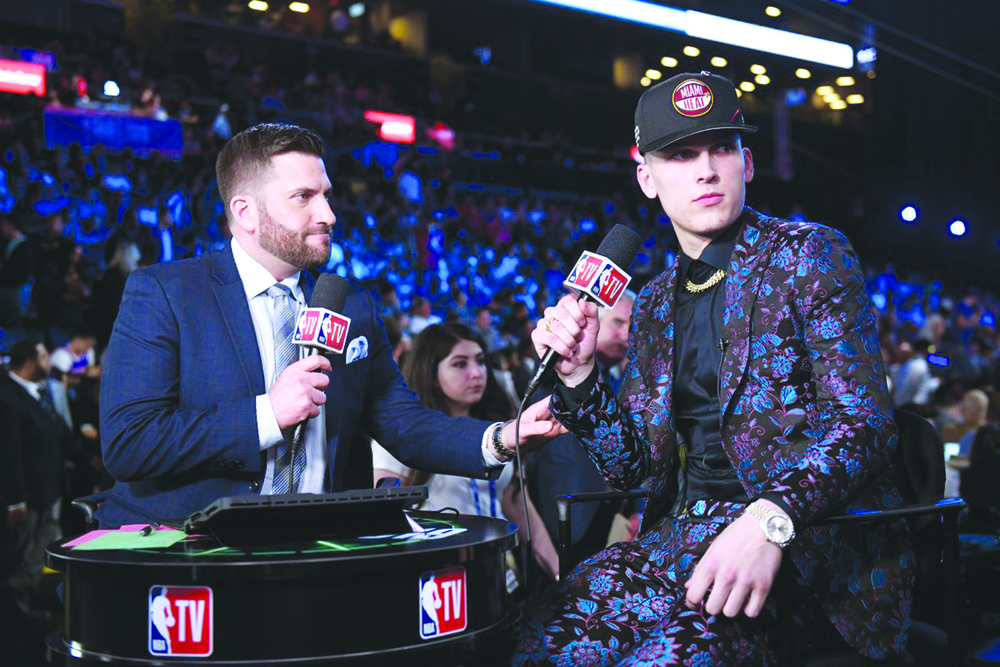 “Cal (John Calipari) couldn’t keep him off the court. Cal wants to win, and he said he just couldn’t keep the kid off the court (late in the season),” Riley said. “He had grown so much during the course of the year. He had so much confidence in him, so I think he’s a complete player that will compete defensively (and) get better.

“He adds depth … he is the perfect complement, I think, to any player because he can space the floor and shoot the ball. You can also put the ball in his hands, he’s a catch-and-shoot player, he’s a pick-and-roll player, but what I like about him is that his work ethic is second to none … I think he’s going to fit right in with all of these guys.”

“Pat Riley has said to me before, ‘The best thing about your guys is they know how to fight, and the second thing is that they’re good teammates because they know how to share here,’” Calipari said.

“It doesn’t mean that we don’t have volume shooters in the NBA; we do. Six or seven guys that are good volume shooters, but they weren’t here (to do that). They learned to be good teammates. Probably the best compliment that could be made is what he said right there.”

Calipari said Adebayo texted him as soon as Herro got drafted wanting his phone number.

“He texted Tyler and said, ‘You better be ready to work. That is what this organization is about.’ He showed me, Tyler sent it to me and I said, ‘He (Bam) has no idea does he?’ He (Tyler) said, ‘He has no idea,’ because that is what Tyler is about, and they knew that.”