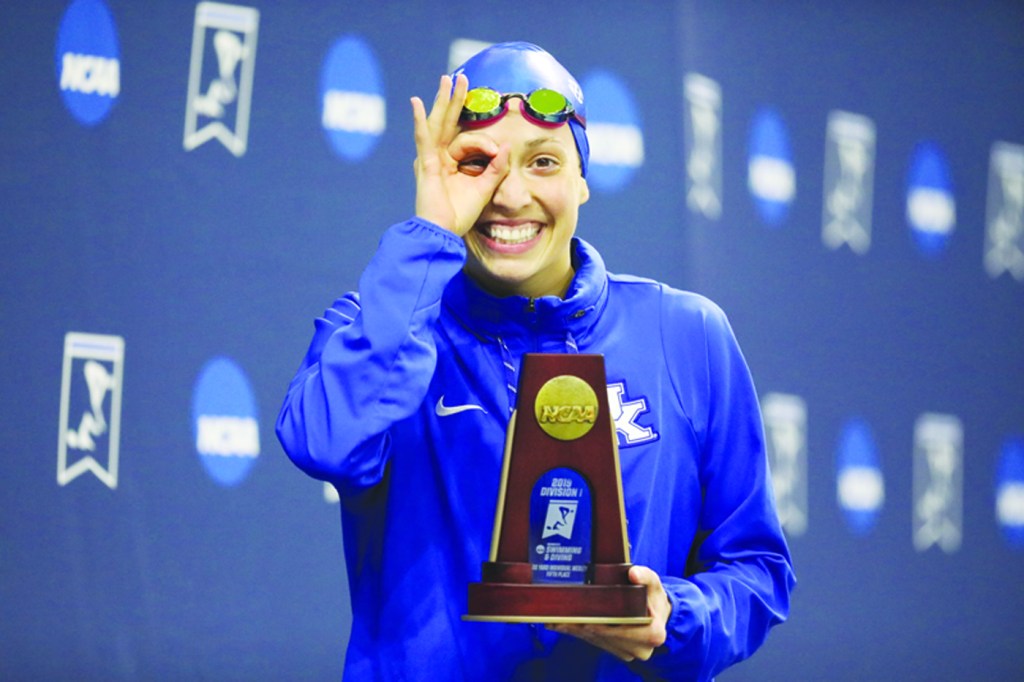 The University of Kentucky campus is filled with high profile athletes ranging from first-round NBA draft picks on coach John Calipari’s team to NFL draft picks on the football team to All-Americans on the softball, track and volleyball teams.

Senior swimmer Asia Seidt has a resume equal to any other athlete at UK, especially after breaking her own school record in the 200-meter backstroke at last week’s World University Games in Italy to take the silver medal. However, she doesn’t see herself as an elite athlete or even a special athlete.

“Coming into college I was scared. I didn’t look at some schools because I didn’t think I was smart enough or wasn’t good enough to swim there,” Seidt said. “Looking back that was such a frustrating time for me. I wish I could tell people who are in that situation to just believe in yourself. If you want to do it, you can do it.

“My goal is to swim fast, be smart, work hard in the community and I am able to do that luckily with the resources that Kentucky provides. If I had to put a message out there, I would just hope people believed in themselves or had more confidence in their ability to do things. It is possible, obviously, to do things you didn’t think you could.

“Look at me. I am able to do it and a lot of other athletes on this campus are able to do that, so always believe you can do that, too.”

She’s an eight-time first-team All-American, 2019 Southeastern Conference Scholar-Athlete of the Year and 2019 Arthur Ashe Female Sports Scholar of the Year despite not being highly recruited after her prep career in Louisville. Seidt is a two-time USA Swimming national team member (2017, 2018) as well as a two-time World University Games participant . She’s part of nine UK school records going into her senior season.

Kentucky coach Lars Jorgensen, a 1988 Olympian, “believed” in Seidt and emphasized that during a home visit that convinced her to come to Kentucky.

“I may not have been the fastest in high school but with his training I was able to be almost one of the fastest now,” Seidt, who has won the SEC 200-meter backstroke three straight years, said.

So how does she feel her resume would compare to the best athletes at UK?

“Kentucky is incredible all-around. Basketball, football this year. Soccer did amazing. You surround yourself with such elite people it makes you want to be more elite,” Seidt said. “That is something we talk about on the swim team as well. I don’t really like talking about it or saying I am the best of the best because you get could knocked down at any second. But yeah, I put myself in there based on what I’ve done. I just don’t think I need to boast about my accomplishments.

“I definitely had goals coming into college about what I wanted to do but I wasn’t highly recruited. Some coaches turned me away because I wasn’t fast enough. I think that actually motivated me more because some thought I was not good enough and that still motivates me.” 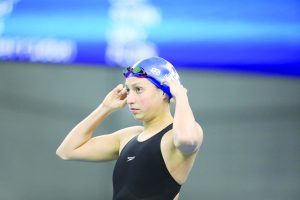 Asia Seid is proud to be a star athlete at a school like UK, but says she began her college career afraid she wouldn’t be good enough. (UK Athletics)

Seidt credits her involvement with USA Swimming for helping her learn time management skills necessary for collegiate athletes. It also helped her understand success and failure.

“It has helped with the motivation and the feeling of succeeding and it is okay to fail. It has also helped me in the classroom where if I don’t understand something, you just keep pushing along and you will eventually get it,” Seidt, who has a perfect 4.0 grade-point average at UK, said.

There was a time Seidt wasn’t sure she would ever find a sport where she could succeed.

“I started in T-ball when I was a kid. I was actually terrible. My mom pulled me out of that. We are part of a neighborhood pool and she said she just literally threw me in one day to see what happened and I ended up falling in love with the water,” Seidt said.

“I have been swimming competitively since I was 6. That’s really the only thing I have ever done. I am not very good with eye-hand coordination type stuff. Soccer and baseball were not really my thing. My family jokes that I was a little short, chunky kid and wasn’t very good at swimming at first.”

Now no one would say that about the World University Games silver medalist and eight-time All-American.