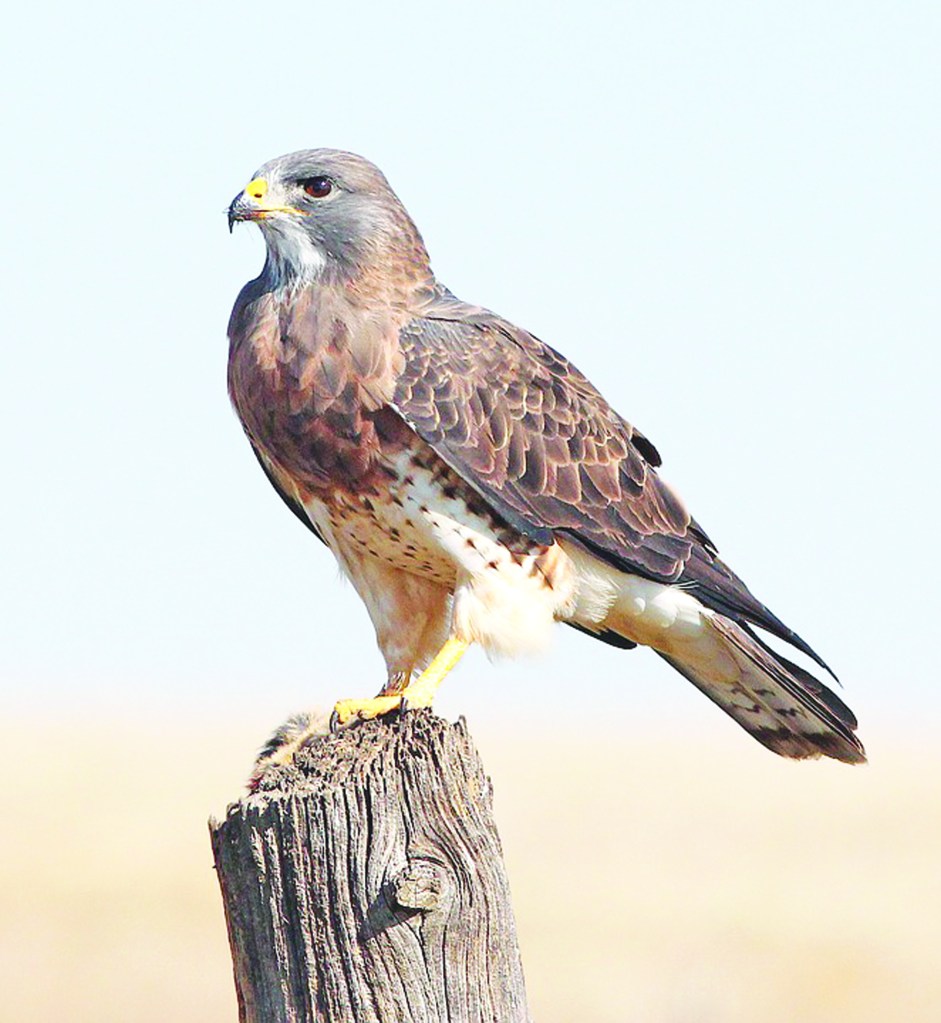 I love driving down the road and watching for hawks. It’s always amazing to me how many you can see right along the roadside. They are watching and waiting for food.

But there can actually be plentiful food for hawks roadside because there is unfortunately plentiful food for their prey roadside, as well. Presenters from Liberty Nature Center, a Somerset-based raptor rehabilitation center, recently enlightened me on this phenomenon.

This proves to be a deadly situation for the birds because they wind up looking for food (mice) in a high-risk area where they are more likely to be struck by a passing vehicle.

I’m sure people who are throwing litter out of their windows aren’t thinking they could be injuring or killing birds, but it’s very likely. I’ll admit I have thrown out apple cores and other biodegradable items before, thinking that it’s only littering if it’s trash like fast food wrappers.

I have always avoided throwing any “real” trash anywhere except a trash can. That includes biodegradable trash such as paper. Even though paper does go away eventually, it’s still trash in my mind when you throw it out a window.

But for a long time, it seemed totally fine to me that I could throw apple cores or other food items out the window and there would be no consequences. Well, I was wrong.

I actually have some really cool reusable bags that I use for trash and recycle to keep it all contained and sorted until I’m able to properly dispose of it. Those will be getting more use now that I have more information.

Education really is key when it comes to treating our environment and animals well. People do things all the time that are bad for the environment or hurt local animals because they don’t understand what the consequences of their actions are. If they understood the consequences more fully, they would make different choices.

So, it’s up to those of us who have learned about the consequences of an action such as throwing food waste on the roadside to educate those who haven’t yet learned. But it’s important that we don’t look down on the people we’re trying to share information with. We have to remember that we made the same bad choices, or easily would have, without the information we’re trying to share.