Parks still in ‘limbo’ as Danville and Boyle deliberate 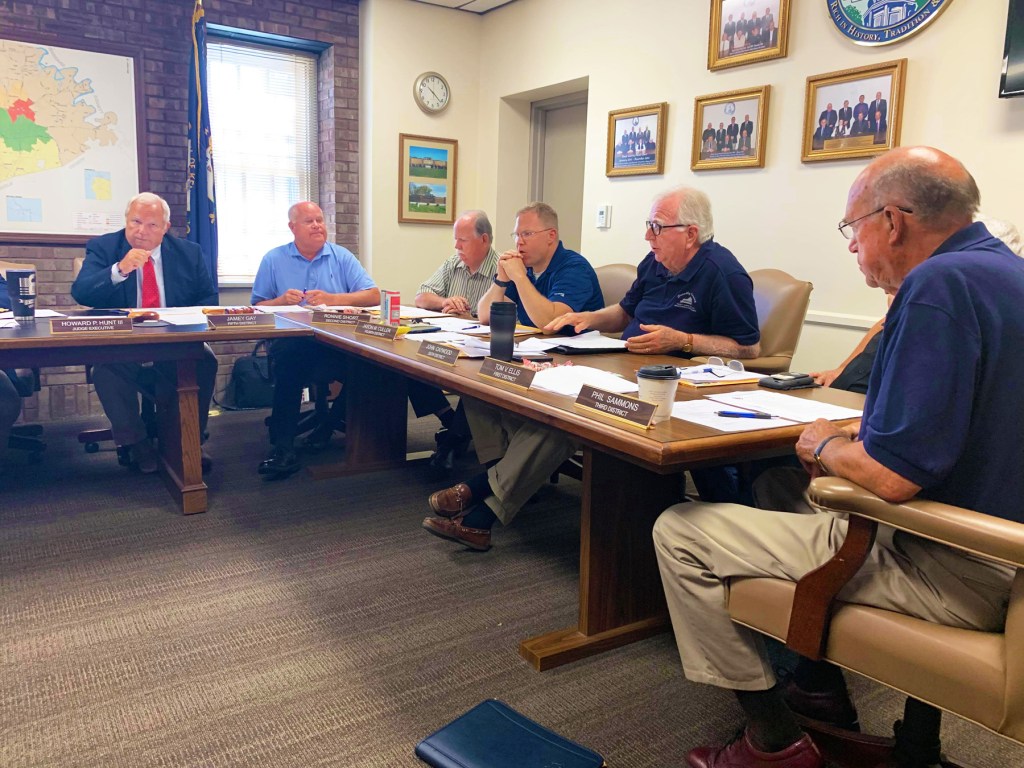 The Danville-Boyle County Parks & Recreation agency is still operating in limbo, so to speak, while it waits to find out what the city and county will agree to, concerning how the agency is funded.

Back in early April, the city and county attempted a second joint meeting to discuss the ordinance each entity already has on the books. Those ordinances hadn’t been reviewed since the creation of Millennium Park, which is jointly owned by both governments. The meeting was stalemated after some magistrates said they are vehemently against the county sharing upkeep of parks other than Millennium and should not be expected to contribute to any neighborhood city parks. Others argue the neighborhood parks are located in the county, too, since the city is in the county.

Danville City Attorney Stephen Dexter agreed to draft two ordinances, one showing a shared parks system and one showing the county only contributing for Millennium. However, in June, Dexter returned one ordinance to the commission he said was a draft form, with the intention of making it easy for the court to strike parts or make additions, if it desired. He said it became too convoluted to present two separate ordinances, so he decided to keep it simple.

One of the major changes city staff recommended was using “buckets” to denote what was shared — programming costs, personnel costs, and all expenditures in Millennium Park/trails system and another other jointly-owned park are the first three buckets — along with two more, one each for the city and county to represent any expenses each is solely responsible for.

Monday evening, Commissioner Rick Serres asked for an update on the draft ordinance sent to the fiscal court a month ago.

“I’ve not received any feedback from that, yet, officially,” Dexter told the commission.

Mayor Mike Perros asked who the feedback will come from, “… the county attorney?”

“I don’t know … the best course of action would be for the court to pass a resolution that would embody their comments,” Dexter said. “To be honest, I would rather the court speak by resolution as opposed to … having an arms’ length negotiation with the county attorney, who may or may not be able to persuade the court in one fashion or another. We’ve been down that path before, on prior issues.”

Dexter said it would be “more fruitful for those involved, for the court to speak as a unit and then communicate that through their county attorney.”

No official action was taken on the proposed ordinance yet by the city, but the ordinance was intensely worked on and then recommended by staff, Dexter said.

He said it was written in a way “intended to make the document easy to revise or strike, on the court’s part, should they disagree with certain provisions — instead of you taking action first, which would have been unnecessary without knowing the court’s position on some key issues, such as trail maintenance and improvements.”

“The Parks & Rec Board, our new director, they’re moving forward and doing what they need to do; the Trails Alliance, people are moving forward but I think some clarity needs to come, and we all know that,” Serres said. “… We need to know who’s funding what and what’s going on.”

Tuesday morning, Magistrate Jamey Gay asked the fiscal court for an update on the parks ordinance. He also made the recommendation that Judge-Executive Howard Hunt and County Attorney Chris Herron get together with Dexter, Mayor Mike Perros and City Manager Ron Scott, along with John Bell, the new parks director.

“If everybody can provide appropriate feedback on the presented ordinance and let them work on consolidating that feedback, then bringing it back to the respective bodies for consideration,” Gay said.

Magistrate Phil Sammons said everyone needs to “look at the draft we have …. there’s quite a few changes to be made in that draft.”

Hunt said each magistrate should mark it up and return it to him. He will collect all ideas and then get with Herron, representatives from the city and Bell, and “we will hammer out and bring back to you a product for your review.”

Magistrate Tom Ellis said he was disappointed that the city “didn’t follow the agreement we had with them, that we have two separate documents, and it’s all the more complex now.”

Hunt said he doesn’t mind the one document, but he wants the feedback to be collected and presented cohesively.

Sammons said he agreed with Ellis. “The city attorney had told us that he would have two, to give us a choice.”

Magistrate Jason Cullen said, “… what we should be doing is creating our own ordinance, instead of piggybacking off of the city’s … because it will have language that’s partial to what the city wants …” He said the county should not be “just marking up (the city’s) ordinance, but creating our own.”

“Our county attorney should do that for us,” Sammons said.

Herron said he did dissect the city’s proposed ordinance within an email he sent out to the court, and that he “got feedback from some but not everybody, so ….”

County Treasurer Mary Conley told the court it will have to have its own ordinance. She said it must make a decision on whether it wants to repeal what exists in its entirety and adopt a full one, or amend the old one. “If you amend your ordinance, you will work from your document and amend it.”

Gay said one of the points he’s attempted to make all along is that it all comes down ultimately to the funding agreement, what he calls the biggest component of the issue over parks. He said one of the things he likes about the city’s proposal is the “bucket approach.”

“I think it’s important to recognize will be asked to fund the appropriate bucket — in our case, the one that relates to Millennium Park,” he said, adding that it would still become a “Parks & Rec ordinance, because as a joint Parks & Rec Board, which I hope we all still want to have, they do oversee all the parks in the entire county.”

Gay said the two ordinances will say basically the same thing in the end. “As Mr. Bell has suggested, you can create an agreement document … which references the ordinance agreement.”

Hunt asked Herron to supply the court with a copy of its existing parks ordinance. He said the original proposal from Mayor Perros on behalf of the city was “that we consider a joint ordinance with the recommended language” from the draft. “That was just purely a recommendation for simplicity.”

Bell said although day-to-day operations haven’t been interrupted by the ordinance issue between the two government entities, it does affect the future of parks.

“Right now, we’re in limbo,” he said. “… We’re not written to do any of these programs in any of these parks … but to me, they’re part of the parks structure. We need to be going into community parks and neighborhood parks and doing more. Not everyone can get to Millennium.”

He said he wants Parks & Rec to “continue to branch out our fingerprint and spread it in more directions. But from the agreement side, we need to know how that stands. Is the funding going to be there? Is the staff going to be there? If staff doesn’t take care of it, there’s no description as to who takes care of it. We need direction on that, and funding is the biggest thing.”

Although Bell said he doesn’t foresee any huge shake-up in staff, it would still be nice to have everything lined out for the near future.

He said in his career of overseeing park systems, he’s never personally dealt with creating ordinances. In his last position, the parks system fell under St. Louis County, as a direct county department; he worked for two municipalities before that, and both were city departments.

“I’ve had a park board before, but they were advisory boards, not a policy board like this one is set up as,” Bell said. In his experience, he said he’s found that when that a department reports directly to a single entity, there’s more definition and more ownership.

“This structure is definitely different … This one is serving three supervising agents right now — the city, the county and the parks board — that’s where we need the definition,” he said. Which is why he’s been present all of the city commission and county fiscal court meetings when he’s available, “so I can continue to provide information on how it needs to go, and just so I can hear their interpretation.”

Bell said he has shared his thoughts with four of the six county magistrates and the judge-executive about Parks & Rec having more of a presence within the neighborhood parks.

Bell had a meeting with Hunt and Gay just before Tuesday’s regular fiscal court meeting, and offered up the “acceptance of an agreement” idea. He said the judge and city manager can sign it to basically state what the underlying funding agreement is, then the two entities can write their own ordinances.

“I used the example of if the city passes it on a Monday night, and the next Tuesday morning, the magistrates want to change something …” which starts the process all over again. “With two readings on each ordinance (for two different bodies), there’s a month right there. One-word changes and it starts all over again.” The ordinance of agreement, Bell said, is an independent document, which can be edited at any time if both parties agree to it.

Bell said he prompted the city commission update “because it’s been a month, and we haven’t done anything.”

“It needs to be one group of notes with conclusions. If it keeps going back and forth, it’ll never get to understanding,” Bell said. “… I will have the benefit of retiring before the agreement is ever settled on.”