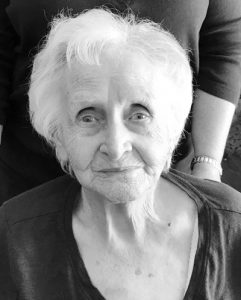 Iva Brown “Susie” Leach, 95, of Junction City passed away Saturday, July 6, 2019 in Lexington. She was born Sept. 17, 1923, in Casey County and was the daughter of the late Clayton and Mary Elizabeth McWhorter Brown. She owned and operated Leach’s Store and was of the Christian faith.

She was preceded in death by her husband, William Harold Leach; seven brothers; and one sister.

A funeral service will be held at 11 a.m. Friday at W.L. Pruitt Funeral Home in Moreland by Bros. Paul Readnour and Monty Lynn with burial in Hustonville Cemetery. Visitation will be from 6-8 p.m. Thursday.

Pallbearers will be Emmett and Clay Pennington, William “Bo” Leach, Eddie Lawrence, Sam Buckingham and Misty Keeton. Honorary pallbearers will be her son and daughter-in-laws and Mike Young. There is a guestbook available at www.wlpruitt.com.