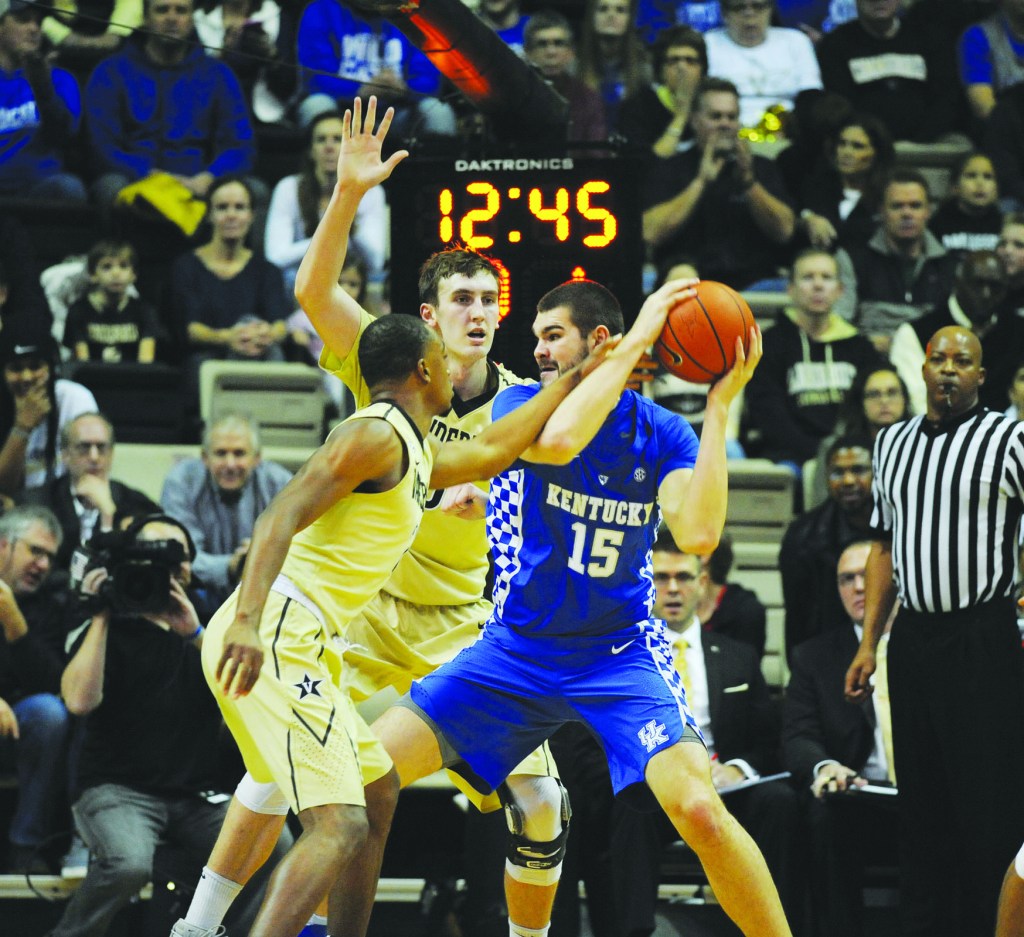 Isaac Humphries is more comfortable shooting the 3 and putting the ball on the floor than he was when he played at UK. He's hoping to earn a NBA roster spot next season. (Vicky Graff Photo)

For University of Kentucky basketball fans who have not seen Isaac Humphries play since he left UK two years ago after his sophomore season, they might be surprised by what they see from him.

He’s played overseas for two years and finished last season with the Atlanta Hawks. This summer he’s on the Sacramento Kings summer roster and hopes to land a roster spot with the NBA team for next season.

“I shoot threes now. That is a little different now,” Humphries said. “I have developed that three game and that is really a valuable asset in the NBA. I feel very confident in shooting the three but I am also comfortable putting the ball on the floor and attacking the rim.

“Last year I had a lot of freedom and took on the role for the team they needed me to. I explored other aspects of my game and will continue with that. So I have a little different game now but I am still the same guy.”

He was in Lexington recently performing a concert to benefit the Ronald McDonald House.

“Basketball and music are both passions of mine and I love them both,” Humphries said. “It’s important for me to do both.”

Kentucky coach John Calipari was a huge supporter of Humphries performing the concert. None of that surprised Humphries considering how the coach was when he played at Kentucky.

“I was surprised at how supportive he was of all us when I got here. With coaching there are ups and downs. It’s just part of basketball,” Humphries said.

“Off the court he was very supportive and made us believe if we believed in something to really back that. That kind of kept that with me. That’s a lot of the reason that the concert happened. His support for us off the court was really cool to know he does support all we do and it’s still the same way today as it was when I played for him.”