A well-known Marion County author wrote several books about Kentucky, although she was ill most of her life. She wrote “The Silent Pioneer” shortly before her death. 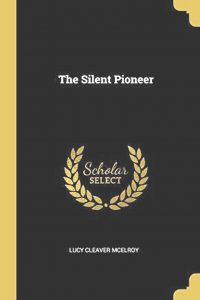 Two of Lucy Cleaver McElroy’s most popular books are “The Silent Pioneer”and “Juletty: A story of old Kentucky.” (Image contributed)

Lucy Jane Cleaver McElroy suffered from spinal difficulties for years and was unable to leave her room at times.

“‘The Silent Pioneer’ is the equal of any of the modern books, and introducing as it does Daniel Boone in his native element, together with pioneer life in Kentucky and Marion County, is a pleasing departure from the flood of Colonial novels that are now on the market,” according to an article in The Kentucky Advocate on April 7, 1902.

“Naturalness is its chief characteristic. Boone’s keen ear discerning ‘Indians’ near by the fitful interruptions of a whip-poor-will’s wail is certainly original.

“It is full of incident and hazard, capture and escape, and holds the reader’s attention from beginning to end.

“The story is of wild Kentucky just after the Revolution. The story is full of stirring incidents that there is almost one to each page,” the article read.

McElroy completed “Juletty,” a novel of Kentucky life, about a year before she died. Another book was at the publisher’s and completed by the end of 1900, and she had begun writing a third novel when she died.

An article in The Chicago Record-Herald in May 1901 called Lucy the first author to invade the “pennyrile” in the tale of “Juletty; A story of Old Kentucky’’.

One chapter deals with the Battle of Lebanon and has scenes in Bowling Green and Louisville on the Nashville Road, Kentucky saddlers and a fox hunt along with moonshiners’ episodes.

“She was an earnest student and a lady of very high literary tastes and attainments. To her pen is due many able literary works she wrote at times, notwithstanding her feeble state of health,” according to the article. 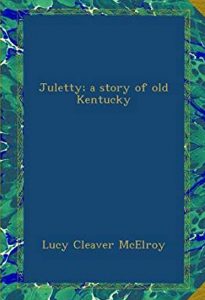 She and her husband are buried in Ryder Cemetery in Lebanon.