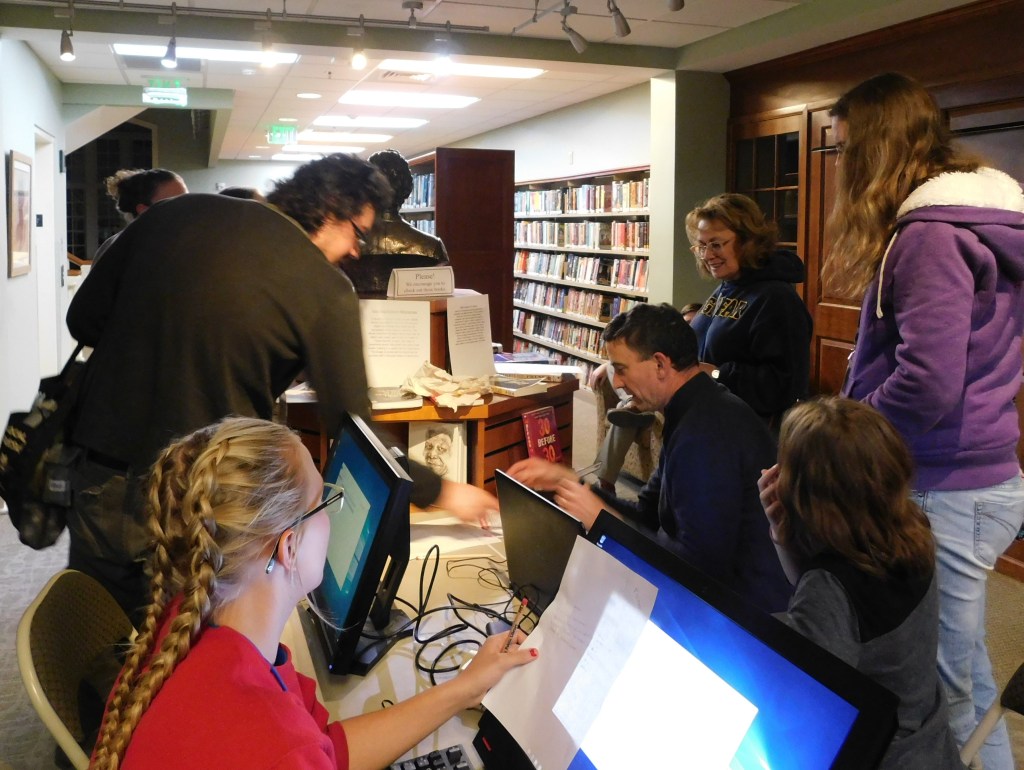 Participating in a murder mystery is an off-beat, entertaining way to spend an evening. At 6:30 p.m. on Tuesday, July 16, Boyle County Public Library will host “Murder by the Books,” an after-hours murder mystery event set in the fictional small town of Pottsville in 1965.

When the mayor discovers his right-hand man murdered as the culmination of a long string of vicious blackmail, the town turns to its best detectives to investigate.

Adults and teens are invited to play the role of detective in this classic whodunit mystery featuring an interactive theatre performance by local actors. Once the scene is set, participants will conduct interviews and sort through elaborate crime scenes as they try to solve this brutal crime.

Murder mystery events appeal to a variety of age-groups, which is one of the reasons the library offers them.

“The library is thrilled to be able to host an original murder mystery, written by a local resident and tailored to our facility,” says Caleb Conover, public services librarian. “Crime, mayhem, investigators, live suspects to interview — it’s shaping up to be an enjoyable experience for all.”

“Murder by the Books” is written and directed by Lyndsi Hersch. This is the second murder mystery held at the library that was written by Hersch, who is an avid mystery reader and whose favorite author is Agatha Christie.

Last fall the library hosted “Mummified Murder,” also written by Hersch. She has been involved in theater and drama for much of her life, and her connections in the local theater community help her find actors to play the roles of suspects in the murder mysteries.

Using live actors to tell their tales adds a dynamic element to the plot, and enhances the overall experience for the “detectives.”

Anyone interested in participating in the “Murder by the Books” should arrive at the library by 6:30 p.m. Refreshments will be provided.

More information about this and other upcoming events can be found at www.BoylePubLib.org or by calling the Library at 859-238-7323.