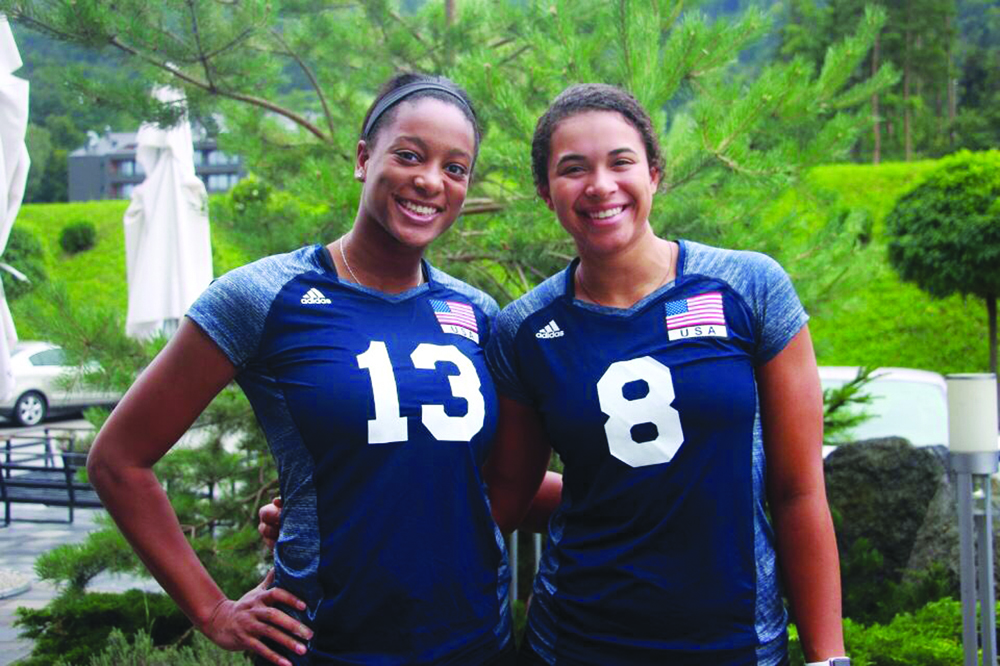 Junior Avery Skinner, right, has “worked her butt off” in the offseason according to UK coach Craig Skinner and could make a much bigger impact for Kentucky this season like All-SEC player Leah Edmond, left, has done. (USA Volleyball Photo)

Curry and Lilley, along with senior Leah Edmond, were also named to the preseason all-SEC team when league coaches picked UK to win a third straight league title.

But two other juniors — Avery Skinner and Kendyl Paris — could also play huge roles next season for Kentucky.

“Kendyl has increased her vertical (leap). She has gotten stronger,” Kentucky coach Craig Skinner said. “She is definitely a threat offensively. She can score now in front of and behind the setter, which makes it difficult to defend her. Her serve is amazing, too.”

Avery Skinner didn’t play as big a role as a sophomore as she did her freshman season. Apparently she wants to change that.

“She worked her butt off this winter and spring,” the Kentucky coach said. “She was in the gym early and four or five times a week she stayed late. She really wants to be on the floor and put in the effort and time to make that happen. That type of engagement rubs off on everybody else as well.

“On this team, you better bring it in practice because if you don’t, somebody else will. There is no better motivator than competition and if your practice environment is tough, then we should be prepared. Every position group has competition. This year is going to be really competitive. Avery understands that and is doing what it takes to give her a chance to be a big part of our team.”