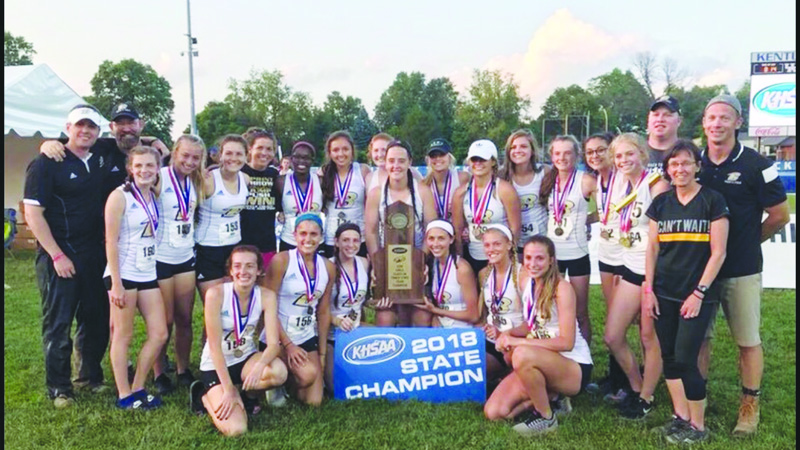 Obviously they understood what he had done for the Rebels since taking over as head track coach in 2011. He took Boyle from a team hoping to contend for regional titles to a program that won girls state titles in 2016, 2017 and 2018 and boys titles in 2018 and 2019.

“I think it just hit me that day (after Boyle’s boys won the title). I teared up. I had to go walk in the infield and thought, ‘This might be it,’” Wagner said.

He had contemplated retirement before. He knew not to make an emotional decision.

“I have felt like stepping away before and then 48 hours after state, I was jacked up and ready to  go again,” Wagner said.

But not this year. That’s why Wagner, 39, decided to step down as Boyle’s track coach. He had previously decided to give up his spot as an assistant coach under Brian Deem on the Boyle girls soccer team.

“I’ve given 1,000 percent since my first day in 2011 (as head track coach). I’ve taken it as far as I can take it. It’s been a great ride,” Wagner said. “When I took the job, I wanted athletes to care about track and wanted respect from my peers. We have all that.”

He’s “working” with Boyle administrators gathering names and information on possible replacements. However, he notes that when he got the job, he was relatively inexperienced. However, he knew one thing — the better athletes he got on the track team, the better coach he would be.

“We have always had success at Boyle athletics before I coached,” Wagner said. “I was just good at getting all the athletes in the (school) halls to come out for track. We made track and field a cool sport and when you get better athletes, you amazingly become a better coach.” 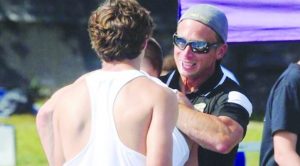 Coach Brent Wagner has been the head track and field coach at Boyle County since 2011, he decided to step away after this year. (Photo submitted)

Still while it sounds easy to just get skilled athletes on the team and wait for the titles to come in, it’s not that easy.

“Track is an individual sport but you also have to try and create a team atmosphere,” Wagner said. “I think we did that and a lot of the credit goes to the coaches I had with me.”

Wagner had no illusions of grandeur when he started. He remembers thinking if he could have one relay team ever win a state title, he would be “done” as a track coach. His first year his girls won two state relay championships. The next year his boys won one.

It got better in 2013 when both the boys and girls won regional titles and he had his first individual state champion. The Rebels repeated as double regional winners in 2014.

The girls team finished fourth in the state in 2012 and 2013. In 2015 the girls moved up to third and won another regional crown.

“That’s when I started thinking, ‘What if we won (state)?’” Wagner said.

In 2016 Boyle did that and repeated again in 2017 when the boys finished fourth.

“In 2018 we were going for the mecca — winning both state titles, something very few programs have done,” Wagner said. “We did it. Each year just built on itself and then this year we won the boys again. That’s why I say it has been a great ride for me.” 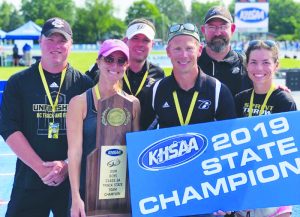 What will he do now? How will he spend time he’s been used to allocating to coaching soccer and track?

“I have toyed around with doing the Ironman,” Wagner said.

The ultra Ironman triathlon is a 2.4-mile swim, 112-mile bike ride and 26.2-mile marathon run. There are other triathlons that have shorter distances but still mightily test a participant’s physical endurance.

“It’s just a thought right now but if I did it, then they could put ‘Ironman’ on my tombstone,” Wagner laughed and said. “Instead of calling me ‘Mr. Wagner’ when I teach, I could be ‘Mr. Ironman.’ It’s just a thought right now but at least I would have the time to train. If I was coaching, coaching would always have come first. Now I could actually train and maybe do this.”