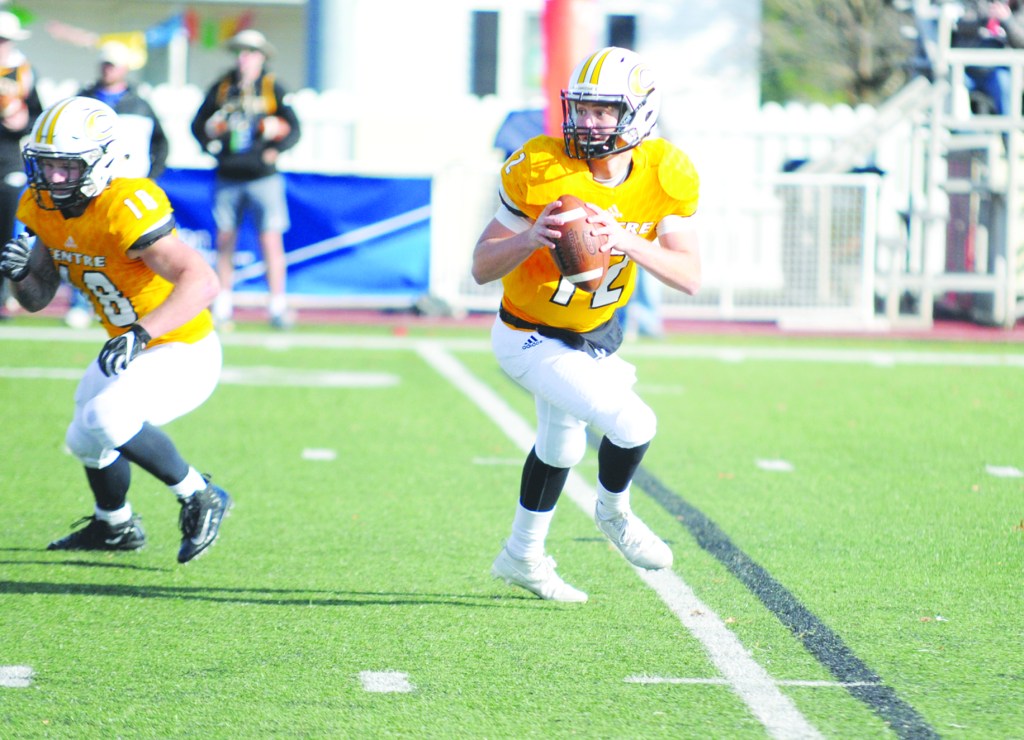 DANVILLE – Centre football is ranked No. 21 in the 2019 College Football America Yearbook Division III preseason Top 30, it was announced Monday.

The Colonels are coming off a 10-2 season in which they claimed a share of the Southern Athletic Association championship and secured the program’s third NCAA Division III Playoffs berth.

Centre demolished nationally-ranked Washington & Jefferson, 54-13, in the opening round of the national tournament to land in the “Sweet 16.”

All-Americans Cal Lewellyn and Drew Yeager headline the individual returners, and are joined by five other All-SAA selections from 2018.

Centre is ranked a spot ahead of SAA foe Berry, and associate-member Trinity (TX) also landed at No. 29.

About the College Football America Yearbook

The 2019 College Football America Yearbook features more than 930 college football teams from the United States and Canada in more than 250 striking, full-color pages. That includes every team from the NCAA (FBS, FCS, Division II and Division III), NAIA, NJCAA, CCCAA and U Sports (Canada). It also includes updates on club football, one-year postgraduate prep/sports academies and Mexican college football, along with dozens of action shots and stadium photos taken by the CFAY staff.

The print edition is available online via Amazon.com and other major retailers such as Barnes & Noble and Books-A-Million. Additionally, an iBooks version for iPads and iPhones is available through Apple’s iTunes bookstore and the iBooks app. And, new this year, a Kindle version of the book is also available.