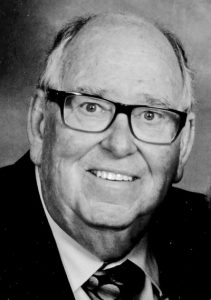 He is survived by his wife, one daughter, Angela (Don) Galloway of Burgin, two sons, Keith (Sue) Thomas of Burgin and Scott (Andrea) Thomas of Nicholasville; three grandchildren, Victoria (Sherlton) Dieterich of Lexington, Johnathan Thomas of Versailes and Grayson Thomas of Nicholasville; three great-grandchildren, Johnathan Thomas and Micah Thomas of Burgin and Daisy Dieterich of Lexington, Ky; one special adopted sister, Virginia Stinson of Liberty, Indiana; several nieces and nephews and a host of “brothers and sisters” in Christ.

Leon was preceded in death by his parents; three half brothers, James, Howard, and Harold Thomas. Because of losing his parents at such an early age, Leon “adopted” JW and Virginia Bent as his second parents who also preceded him.

Leon graduated from Richmond Indiana High School in the class of 1960. He then attended Earlham College. He and his wife Betty were appointed to their first two churches in the United Methodist Church 1962 and continued in many forms of ministry for over 55 years. He pastored churches in Indiana, Illinois and Kentucky where his last ministry was at the Lancaster Church of the Nazarene. He retired an elder in the Church of the Nazarene. He first came to Kentucky in 1969 to work for Dr. Ford Philpot as Director of Crusades in which he worked two different times for a total of about 10 years. Over the years, he held a lot of revivals over the world. He also worked in the commercial world in the field of life insurance, real estate broker and he and his wife opened Ward’s Landing Restaurant in 1994 which they ran for 15 years.

Funeral services will be 7 p.m. Monday, July 15, 2019 at Lancaster Church of the Nazarene with Rev. Jim Nichols, Rev. Michael Denny, Rev. Don Burton and Rev. Dwayne Lobb officiating. Visitation will be from 2 p.m.-7 p.m. Monday at the church. Burial will follow in Abington Cemetery in Abington, Indiana.