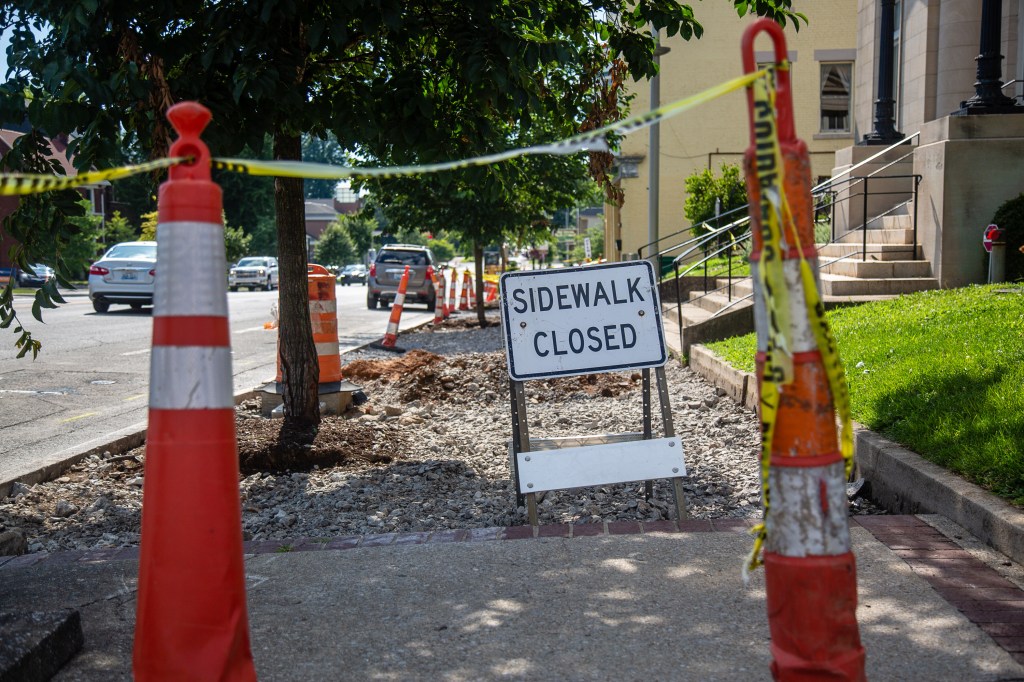 The sidewalk on the north side of Main Street west of Fourth Street is closed during a "streetscape" construction project. (Photo by Ben Kleppinger)

The Main Street streetscape project west of Fourth Street is continuing through July.

Lawhorn Electric and Demolition has completed most of the sidewalk and curb demolition on the north side of Main, from Fourth Street to city hall. Bluegrass Contracting plans to begin excavating and installing a 15-inch storm drain across the entrance of city hall beginning Monday morning, according to City Engineer John Cassell.

If any complications arise, the entrances to city hall, Danville Bike and Fitness and Tut’s could be temporarily blocked.

However, if things go as planned, the disruption could last for only a day or two — hopefully no more than a week, he said.

It has been difficult to keep any of the sidewalks open, but access to the Community Arts Center, the Davis building and Danville Bike and Footwear are available.

Pedestrians and motorists should continue to use caution in the area as they pass through, Cassell said.

Lawhorn Electric is also demolishing the buildings where the new Danville Fire Department headquarters will be located. At the same time they are working on one of the city’s trail projects, Cassell said. The contractor is spending nice days on the trail work and wetter days at the demo site so that dust isn’t a big issue.

Demolition should continue this coming week, he added.