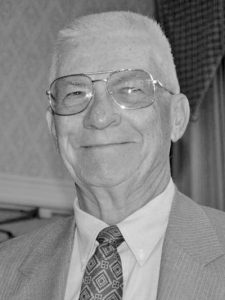 James is survived by his wife of 62 years, Jo Ann Wagner Fischer. He was a proud Air Force veteran and worked as an engineer for many years. James (“Jim”) loved his wife, his family and helping others. He was very active in many churches and assisted in designing and building a church in Saline, Michigan. In Danville, he worked with Habitat for Humanity building more than ten homes.

He is preceded in death by his parents; sister, Sally Baker; grandchild, Russell Walters; and sons-in-law, Dominic Capobianco and Mike Jackson.

Funeral services will be 10 a.m. Wednesday, July 17, 2019 at The Presbyterian Church of Danville with Rev. Hannah McIntyre officiating. Burial will be in Camp Nelson National Cemetery.

Memorial contributions are preferred to Habitat for Humanity. www.preston-pruitt.com