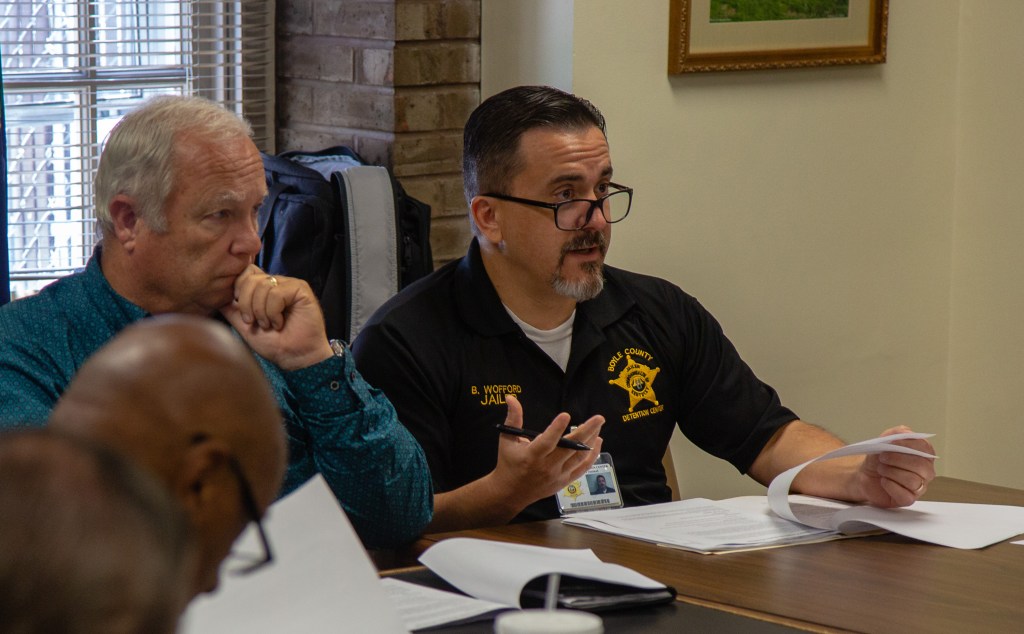 Boyle County is one of two counties in Kentucky selected to participate in a medically assisted treatment program for inmates in the local jail. But Jailer Brian Wofford wants more information before he gives an OK.

That’s because the program would utilize Suboxone — a drug designed to treat opioid addiction, but which also carries its own risks.

“I’m not a big fan of Suboxone. When I worked in law enforcement, especially undercover — Suboxone is one of the most diverted drugs out there,” Wofford told members of the local Criminal Justice Coordinating Council last week.

But there is a program using medically assisted treatment — therapy combined with Suboxone prescriptions — in New Hampshire that is seeing some success. Kentucky’s Department of Corrections is studying the New Hampshire program and is interested in trying it out here.

“I’ve not made my mind up 100-percent toward it yet, but I have moved a little more toward it,” Wofford said. “I’m not all the way there yet.” 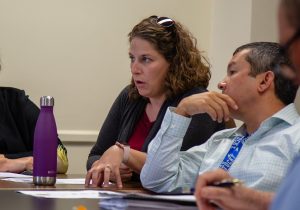 Suboxone contains the opioid drug buprenorphine, which “represents the latest advance in medication-assisted treatment,” according to the Substance Abuse and Mental Health Services Administration. “Medications such as buprenorphine, in combination with counseling and behavioral therapies, provide a whole-patient approach to the treatment of opioid dependency. When taken as prescribed, buprenorphine is safe and effective.”

Buprenorphine causes “euphoria or respiratory depression” like other opioids, but “these effects are weaker than those of full drugs such as heroin and methadone,” according to SAMHSA. “Buprenorphine’s opioid effects increase with each dose until at moderate doses, they level off, even with further dose increases. This ‘ceiling effect’ lowers the risk of misuse, dependency and side effects. Also, because of buprenorphine’s long-acting agent, many patients may not have to take it every day.”

Other members of the CJCC told Wofford they see the potential benefits of medication-assisted treatment, but they also understand any such program would have to be carefully designed.

“It’s not going to be right for everyone. Recovery is not a one-size-fits-all kind of thing,” said Jessica Buck, head of the public defender’s office in Danville. “Yes, I also see abuse in it, but I think if we set them up the right way … there’s a lot of reputable providers that do Suboxone, but there’s a lot of less-than-reputable people who do Suboxone, too.”

Buck said a well-designed program could help end the cycle of recidivism that causes people addicted to drugs to return to jail multiple times.

“If we can get them set up with the right people in the after-care, I think it could really increase our successes and reduce the revolving door,” she said.

If Boyle does move forward with the idea, all the different agencies involved in criminal justice and drug addiction recovery need to be on the same page, said Jerod Thomas, CEO of Shepherd’s House, an addiction recovery organization that runs programs inside and outside of the Boyle County Detention Center.

“If we do it together … if we say the same things and treat them the same way, we’ll get the results we’re looking for,” he said.

The way things are now, local programs can’t expect to get federal funding unless they incorporate treatments that involve Suboxone, Thomas said.

“I actually started researching and trying to do some homework on how we might implement this,” Thomas said. “… At this point, I’ve just thrown my hands up and thought, ‘Too many people are dying; we’ve got to try something.’ So I’m all for it.”

Buck added that officials “do need to be really careful” because “Suboxone does have a bad name.”

Danville Police Chief Tony Gray said his officers find people dealing Suboxone film strips; Wofford confirmed the state program would not use the strips if it comes to Boyle County. Instead, those who begin treatment in the jail would be given crushed up pills they have to take under supervision. After release from jail, Wofford said he would be more comfortable with the idea if Suboxone shots could be administered to participants instead of giving them prescriptions they take home. Gray agreed.

“I think a program with that kind of control would be more likely to succeed than one where we’re giving it to them and they’re taking it out,” Gray said.

Commonwealth’s Attorney Richie Bottoms, who handles prosecutions in circuit court in Boyle and Mercer counties, said he would like more questions answered before he could support a Suboxone program.

“I’m willing to listen, but I am not sold,” he said. “But you’ve made some good points.”

Wofford noted funding from the state for the program could help the jail cover some of its other new costs for providing mental health care and re-entry services. But he reiterated he would seek more answers from the state before considering whether to accept the offer.

“Before I make up my mind … I’ll come back and say, ‘Here’s what they said,’ and I’ll get everybody’s input,” he said. “I’ve not said yes yet; I may not say yes. But I think it’s definitely worth considering.”