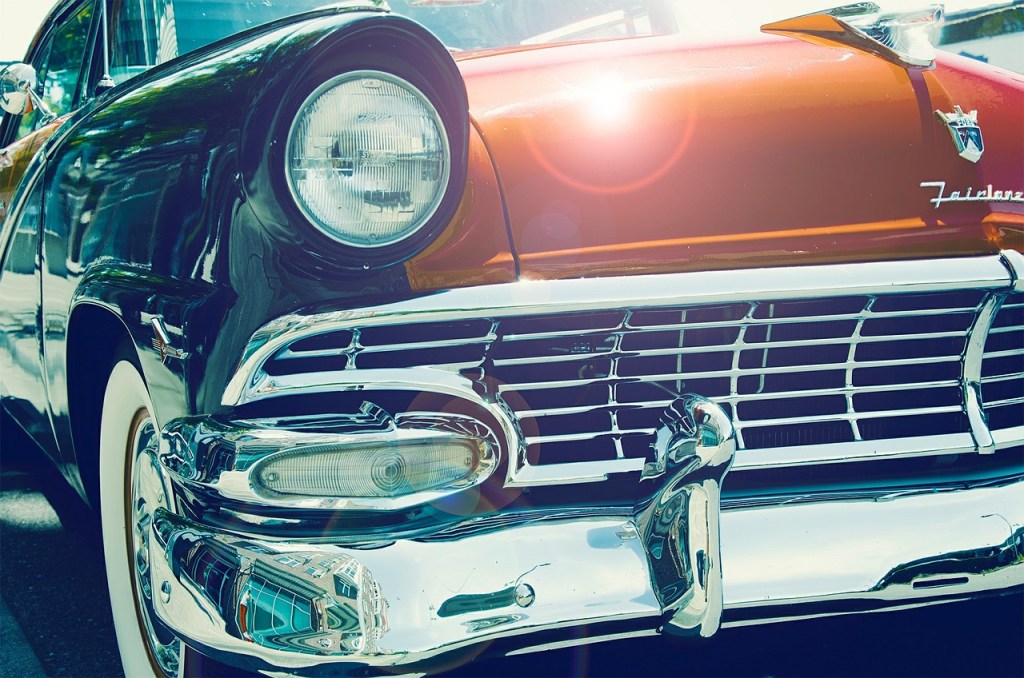 The second annual Junction City Cruise-in will probably more than double the entire town’s population for a few hours on Saturday.

Merl Baldwin, one of the event organizers, said the popular cruise-in is expected to bring in more than 200 vehicles, 100 model cars and about 3,000 visitors to the little town. There’s no registration fee to participate in the cruise-in or model car show, and there’s no admission to attend the cruise-in and concert later Saturday evening.

“That’s the best part, everything is free,” he said.

Baldwin said four couples got together last year and organized the event, with the support of the Junction City Council, mayor and several businesses, “because we love our community — period.”

He said two- and three-day festivals are no longer popular in most communities, so they decided to condense the cruise-in to just a few hours on Saturday.

From 4 to 8 p.m., visitors are welcome to stroll down West Shelby Street and several side streets to see all types of cars, trucks and motorcycles. Some have been restored and some have not.

“Professional modelers” will display their model vehicles inside the Junction City Fire Station. “They are as particular about their model cars as the $40,000 car owners,” Baldwin said. “If you take a picture, you can’t tell it’s not a real vehicle.”

New this year, a swap meet will take place where people can set up tables with car parts, vintage items and gas and oil items, at no cost.

At 7 p.m, a free concert featuring “local boy” Brad Hardin will be on stage across from city hall, and concert-goers are asked to bring chairs.

“He’s a powerhouse,” Baldwin said. “He has a very powerful voice. … He has absolutely hit Nashville like a hurricane.”

Junction City Council and Mayor Jim Douglas “have been gracious enough” to pay for a DJ all afternoon, as well as port-a-potties and the Brad Hardin concert and will open the community center for a public cooling area, Baldwin said. “The city has just been wonderful.”

During the cruise-in, registered owners will be eligible to win cash drawings. At the end of the event, “an envelope with $200 cold hard cash” will be given to one lucky ticket holder, Baldwin said.

Even if you’re not a car enthusiast, Baldwin said you can come enjoy small town hospitality, with many vendors and 12 food trucks.

Everyone who registers their vehicle at the cruise-in will receive a dash plaque designed by local artist Chad Sinkhorn, goody bags and a ticket to be entered into the cash drawings that happen every 30 minutes.

Members of the Junction City Volunteer Fire Department will be directing traffic and showing visitors where to park, Baldwin said.

Putting on a cruise-in of this size is “a major undertaking,” he said, and a group effort. Roy Miller, also of Junction City, has been working with Baldwin on the project.

Danville-Boyle County Convention and Visitors Bureau Executive Director Jennifer Kirchner said the countywide organization decided to step in and help the small group of volunteers because “we realized what a success the first year was and wanted to support them and be involved as much as we could. This event has great potential for Junction City and the grassroots effort has proven to be a win.”

She said the event is bringing people together to “create a positive impact, socially and financially, for Junction City.”

“With the absence of Railroad Days, a new event was needed. The sponsors that have supported this event are many in number and span the county,” Kirchner said. “We are all in this together and our communities and cities in Boyle County need to join forces for events like this through volunteer and financial support.”

She said the cruise-in “has the potential to grow and become a signature event of their community and be a regional draw. We have also talked about ways to add more dates and perhaps use the (Danville-Boyle County) airport as a location as well.

Kirchner said Baldwin and Miller “are so knowledgeable about event logistics and what makes a cruise-in successful. The small group of volunteers they lead are the brains and the heart behind this event.”

The cruise-in “is our own little Kentucky Derby in our little bitty city,” Baldwin said. People who live in town have cookouts in their yards, sit on porches, listen to the music and people watch, Baldwin said. “It’s a car show, a reunion, a festival … it’s really, really cool.”