Danville school board honors volunteers of the year 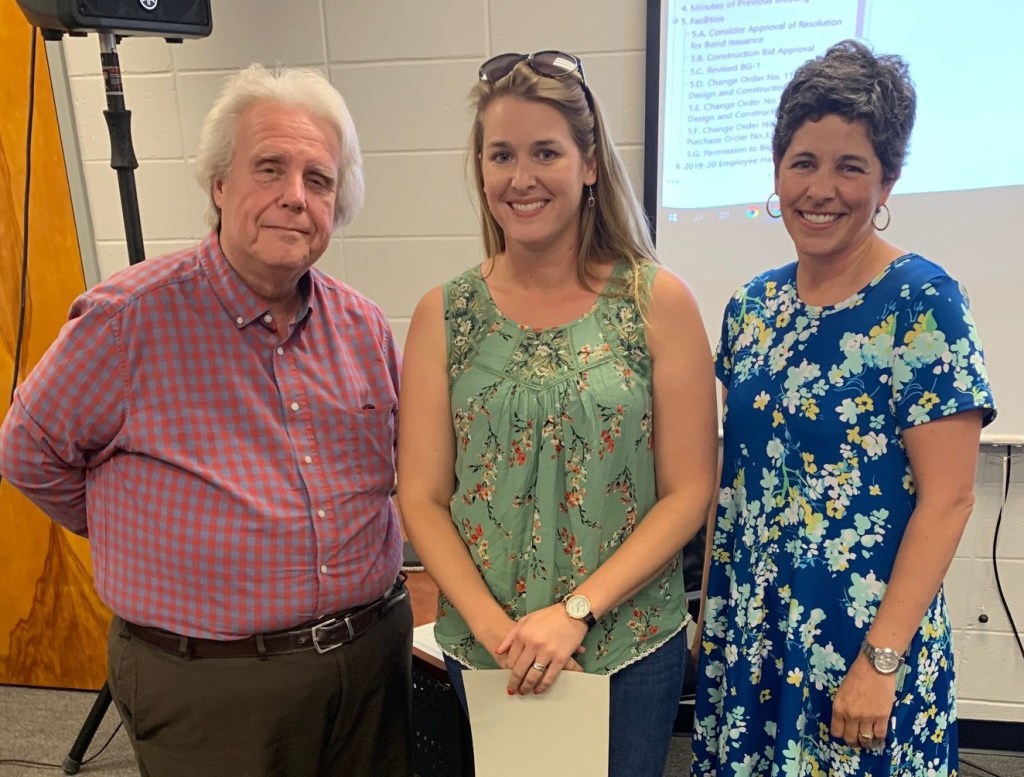 Nicole McCain was named volunteer of the year at Hogsett Primary School. At left is Danville school board Chair Steve Becker; at right is Hogsett Principal Suzanne Farmer. (Photo by Danville Schools)

Each school in the Danville Independent School District has chosen a volunteer of the year for the 2018-19 school year. The volunteers were honored at the most recent Board of Education meeting.

• Nicole McCain was an easy choice for volunteer of the year at Hogsett Primary School, Principal Suzanne Farmer said. 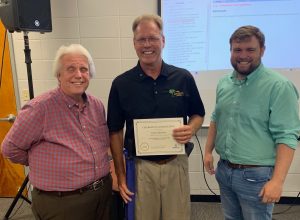 Gary Chidester, center, was named volunteer of the year at Bate Middle School. At left is Danville school board Chair Steve Becker; at right is Bate Principal Chris Murray. (Photo by Danville Schools)

“When word got around that we were selecting a volunteer of the year, people were like, ‘Who is it? I hope it’s Nicole,’” Farmer said. “She was the name that everybody wanted us to recognize.”

At the same time, many people may not know McCain’s name, Farmer added.

“She is so humble, and quiet, and behind-the scenes. This is painful for her; I had to beg her to come here because she’s like, ‘This isn’t who I am; I’m supposed to just help,” Farmer said.

When McCain knew Hogsett would be relocating from it’s temporary location in the former Jennie Rogers back into its newly renovated building the coming school year, “she just started dumping off boxes — truckloads of boxes,” Farmer said. “We didn’t have to ask; she’d just show up.”

• Jesse Heath was selected as Toliver Intermediate School’s volunteer of the year and has volunteered “in a variety of ways” with the school’s family resource center, Principal Robin Kelly said.

Heath has been a “very faithful” deliverer of food to families who get meals over weekends through the area backpack meals program.

Heath makes sure families get everything they need and is very dedicated to helping, Kelly said.

• Gary Chidester was chosen as Bate Middle School’s volunteer of the year. Chidester is one of the volunteers who comes into the school to work with troubled students — a needed service that can be difficult to get volunteers for, Principal Chris Murray said.

Chidester’s persistence paid off and the student was eventually willing to work with him again, Murray said.

• Kathy Merryman is Danville High School’s volunteer of the year. Merryman helped choose the school’s incoming principal, Thad Elmore, as a parent representative on the high-school council. This time, it was Elmore’s turn to announce the selection of Merryman.

Elmore joked he has had only a “short friendship” with Merryman, but could tell from the first day he met her she was a valuable member of the school’s community.

In addition to her work on the DHS council, Merryman has helped with capstone projects and served as PTO president at all levels in the district.

“Once I talked to the front office, it was an easy choice,” Elmore said, acknowledging Merryman is now done with her term on the DHS council. “The only thing I regret is I won’t get more time to work with you … so I don’t feel like I’m doing you justice, but I can honestly say I’m blessed to be here and I think you are a big part of that.” 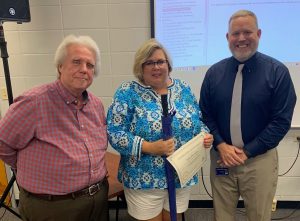 “I want to say a few words, too,” school board Chair Steve Becker said. “… She has always been a real giver. … Kathy has done extraordinary work and has stuck with it through thick and thin. Whether she’s agreed or not, she’s always been there to serve the kids and serve the district. I just have to say thank you so much.”

The school board is planning to begin a new effort to recognize volunteers and the work they do in the district more often than once a year, Becker said.