‘Ancient’ snake lock from China could be historically inspired reproduction 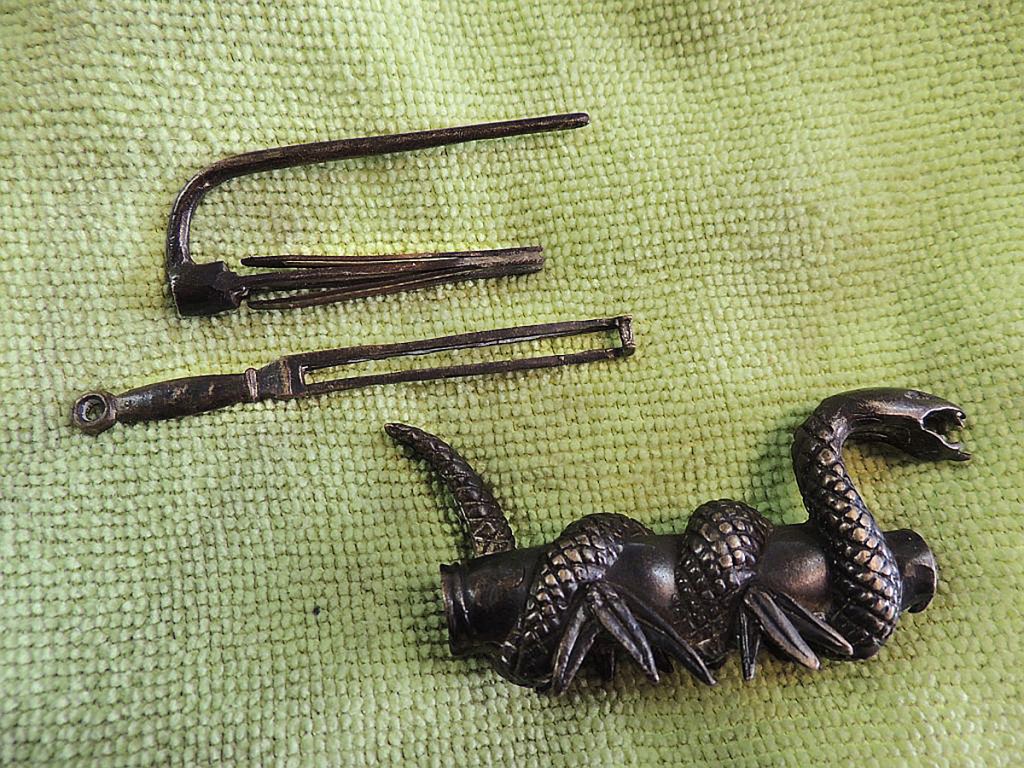 Question: Mr. Sampson, this is the lock that I spoke to you about. My father brought this back to the states in the late 1970s. He worked for a company that did extensive business in China and lived there for over two years. He was told that it dated to the Ming Dynasty. It’s a brass snake lock that was used to lock up medicine cabinets. Is it that old and should I polish it?

Answer: What an interesting piece. China in the late ‘70s was very turbulent — culturally and 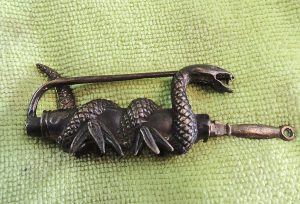 economically. Your dad was on the cutting edge of a new country.

That being said, I think someone was already being an entrepreneur. Because, I think your piece is modern. Not to say that it’s not super cool.

This is indeed an Asian lock. Snakes, much like dragons, were highly thought of in Asia. Could it have been used for securing a medical cabinet? Sure, it could have, but I don’t think one from the Ming Dynasty. The Ming period dates from 1368 to 1644. That’s pretty early. In my opinion, all of the examples that I’ve seen of snake locks are historically inspired reproductions.

To those who don’t know, or can’t tell from the photos, these locks work by a series of rods that internally lock and must have the correct key to open. They are mysterious and very beautiful.

It would be a mistake to polish it. Sure it will gleam, but you’ll miss the dark patina that makes it look old and historic. You have a nice one. Nice details, well cast and finished. I found examples on eBay, and frankly, they were all over the place. I even found a site that manufactured them, but they were horrible — cheaply made and just crummy looking.

I think that in an antiques shop your snake lock would be priced at about $20. Thanks for sharing it with us.