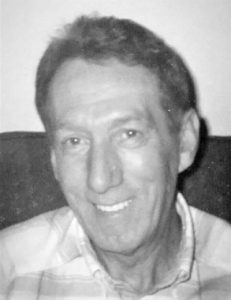 Jesse Harold Tharpe, 88, passed away Wednesday, July 17, 2019. He was born in Brumfield, Kentucky on June 25, 1931, a son of the late Jesse and Nellie Broughton Tharpe, Sr. He and his companion, Elizabeth Ratchford enjoyed 25 years spending every other weekend at each other’s homes.

Jesse was a farmer, and in his younger days enjoyed raising and riding horses. He was an avid UK basketball fan and enjoyed singing and playing his guitar. Jesse and Elizabeth enjoyed going to the Smoky Mountains every October to marvel at the beauty of the fall colors.

In addition to Elizabeth, Jesse is survived by three children, Ruthie, Allenia, and David; three sisters, Mildred Underwood, Lucille Tharpe, Sylvia Tharpe; and a brother, Duke Clayton Tharpe. Also surviving are over 50 grandchildren and great-grandchildren, as well as many nieces and nephews.

The funeral service will be 3:00 p.m., Saturday, July 20, 2019 at Walden Funeral Home Perryville. Burial will follow in Hillcrest Cemetery. Visitation will be at the funeral home beginning at 12:00 p.m., until the time of the service.