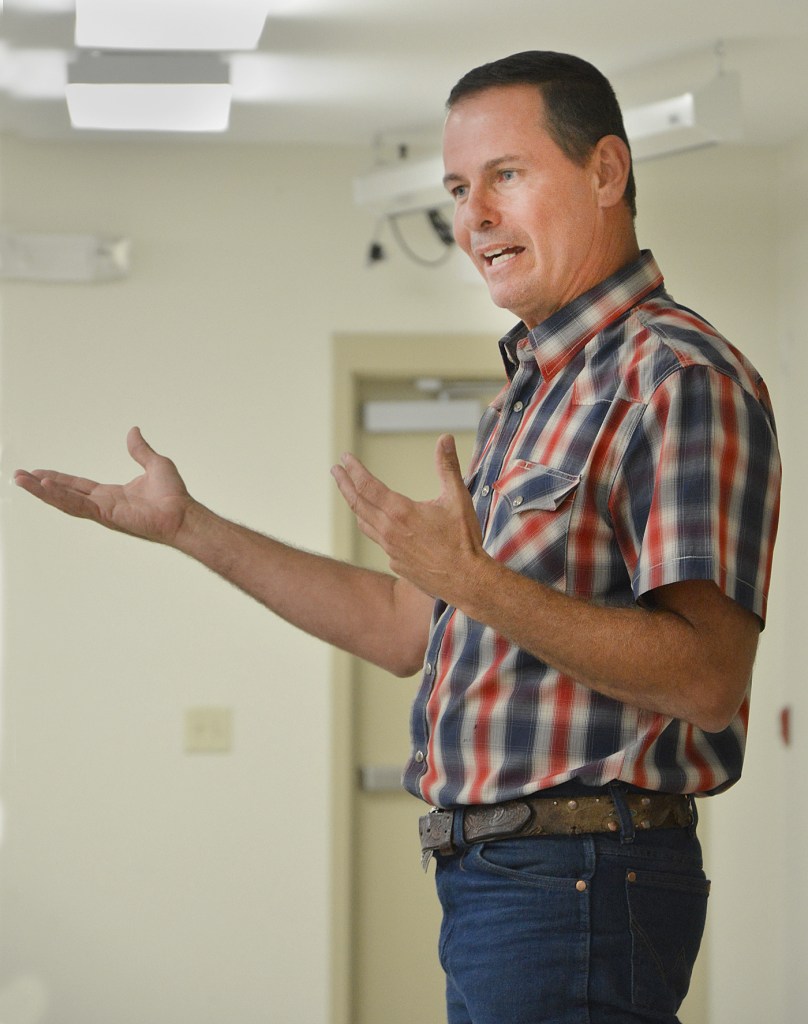 Martin Smith, of Lawrenceburg, CEO of United Global Co-Op and International Farmaceutical Extracts, recently announced plans to build two hemp oil processing plants in Danville. He told The Advocate-Messenger he became interested in the benefits of hemp oil several years ago when he was challenged by a parent.

Smith said he was preaching at Providence Baptist Church in Frankfort in 2002 when a mother whose son had been diagnosed with testicular cancer reminded him that he had preached from the pulpit that drugs were bad. She asked him, as a pastor, what he thought about using marijuana to help her son. The boy’s family was considering moving to Colorado so that he could experience benefits from the drug.

“That’s when the Lord spoke to me. … I couldn’t say, ‘No, you better not do that on my religious beliefs. You better not go to Colorado and do something good for your son if there’s some good in it,’” Smith said.

The incident “challenged me” Smith said. So he read studies about the positive effects of cannabidiol (CBD) which is an active ingredient derived from the hemp plant.

“I found that the CB1 and 2 receptors in the body is the most abundant receptors,” Smith said. CBD oil “creates homeostasis (balance), so when you have dysfunction in your body it’s because cellular synapsis aren’t connecting correctly. So they’re off, or they’re oxidized, it’s called oxidative stress,” Smith said.

Smith said pain medications like opioids only mask the pain; he believes CBD “is the thingthat takes all that away, naturally, in our body.”

“It’s an antioxidant … ain’t that crazy?” he said. “I teach this all over the country.”

Smith grew up in the small town of Shirley, Arkansas. He said his father encouraged him to leave the mountains and join the military “to see the world.” He joined the Navy and was stationed on the U.S.S. Kincaid as a quartermaster, he said. “I’m a navigation specialist.”

Smith served during the build up before Desert Storm and the destroyer he sailed on was hit by a supertanker on their way home from the Persian Gulf.

Smith said he didn’t deal with his PTSD very well. “That’s kind of why I’m doing what I do now for the military, because I’m looking back at what’s helping me, to help others.”

Eventually, Smith said he became an entrepreneur and owned a termite and pest control business in Illinois and a computer warehouse between 1996 and 2002. He said the computer business included a gaming room and they did beta testing and hardware testing. They also developed computer “patches” that people used to have to download to fix a glitch in their operating system, he said.

“The Lord spoke to me and he said I won’t curse you if you don’t, but I’ll bless you if you do,” Smith said. And after much prayer and contemplation, Smith said he decided to pursue a career in the hemp business. He sold his termite company to his dad, and “gave” the computer company to its employees, he said.

Now, 17 years later, Smith is still in the hemp business, educating the public about the benefits he sees, teaching farmers how to raise a productive hemp crop, pursuing farming contracts and now, bringing two hemp processing facilities to Danville, with a goal of mass producing CBD products from industrial hemp.

Smith said traditional farming in this area includes soybeans, corn and tobacco, but it’s transitioning into a new crop — hemp. Older farmers may be reluctant to change from crops they’re familiar with, but it may be necessary for them to add a few acres of hemp to “help save their farm,” Smith said.

Growing hemp that produces the most CBD is the key to the crop being profitable for farmers, Smith said, explaining with a question: Do you want to grow “the juiciest watermelons or the seediest watermelons?”

That’s where his hemp growing school comes into the picture.

Farmers who sign contracts with Smith through United Global Co-Op are asked to attend classes in Midway that teach techniques on how to raise a high-quality crop high in CBD, by incorporating the tobacco industry’s infrastructure that already exists, Smith said.

“That’s why I can’t wait to get with the PVA here and find out what the quality of the tobacco infrastructure is here in Danville, because that will be my first farmers that I’ll be running to as fast as I can.”

For example, farmers who have “big ol’ tobacco barns” where hemp can dry before processing won’t have to invest in building new barns, he explained.

Smith wants to greatly increase hemp growing acreage in this area in order for his company, International Farmaceutical Extracts, to be able to supply enough CBD for mass distribution.

“We’re working on contracting, hopefully getting into the (Veterans Administration) — the VA doctors through the Department of Defense,” but nothing is in writing, Smith said. “That’s what we’re working to qualify. You’ve got to prove that you can process it, supply it and not let the ball drop in quality or anything else, in order to get into that space. So that’s what we’re doing, and have been doing for a long time — in getting farm production up so that we can contract for something that large,” Smith said.

“Like if Walmart came,” he explained. “They have 1.6 billion people walk through their door every day. Imagine if you were to sign a contract with Walmart,” to put a CBD product on their shelves, but you weren’t able to keep up with the demand. “Now you’ve damaged Walmart’s brand and Walmart will come back and get you in a heartbeat.”