Three generations of Kings Mountain natives worked for the railroad 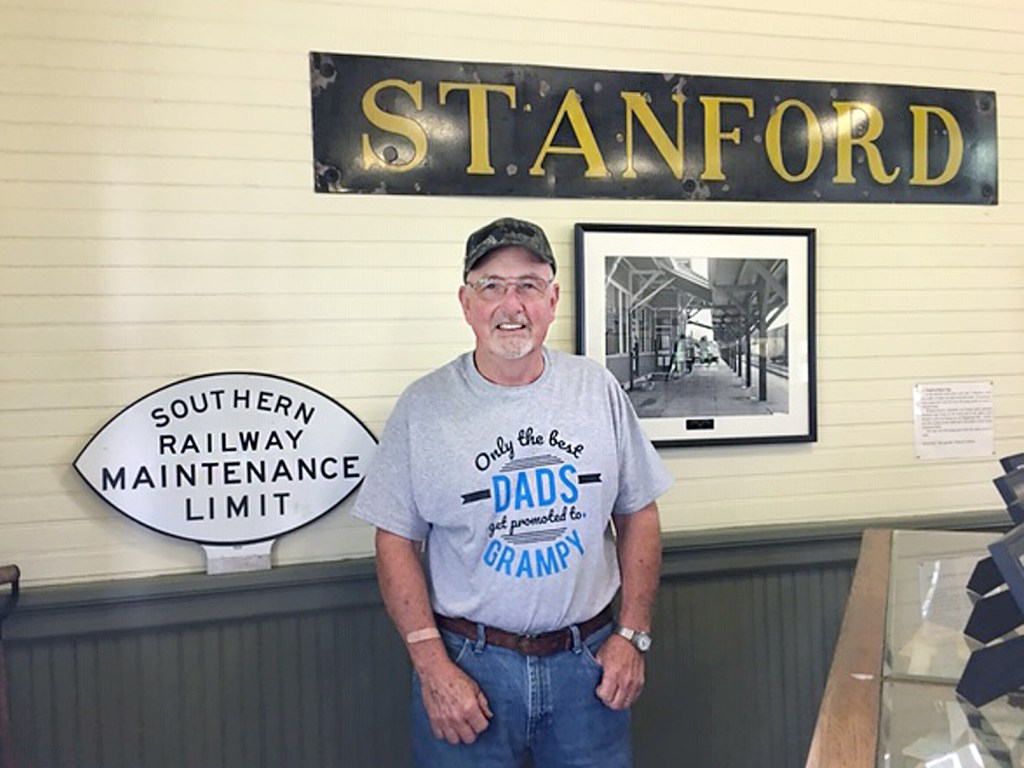 Wade Watts of Kings Mountain stands by a Southern Railway sign at the old Stanford L&N train depot which has been renovated and is used as a museum. (Photo by Brenda S. Edwards)

Wade’s son, Bradley Watts, started working with Southern in 2007 and continues his work there today.

Wade said several men in Lincoln County work on the railroad, including his four nephews who were employed by Southern. “It is a fascinating operation,” Wade said of the railroad.

Working for the railroad company was a way for Wade to be at home with his family. “As I look back, I feel blessed that I had the opportunity to work close to home.”

Wade worked an eight-hour shift on the route from Somerset to Oak Ridge, Tennessee, then returned to Somerset.

He began his career after the steam engine was replaced by a diesel which made his job easier, he said.

“I heard a lot of stories about the old locomotive from my dad when the changes were made. The workers had to learn the new system which was different in many ways. Fewer workers were needed.

“My son has witnessed more changes in the late 1980s and 1990s because of the computer age. “The computer took less manpower to operate the train and took away a lot of jobs. Some of the tracks also were removed.

“The red caboose is no longer used since the computer system was installed. Four men, including an engineer, conductor and brakeman, were in the caboose watching for trouble spots.

“After the caboose was no longer needed, we lost two brakemen, and the conductor was moved to the locomotive.”

Origin of the striped engineer’s cap

A former railroader and his wife came up with the idea of the blue and white striped engineer’s cap that most railroaders wore to work. 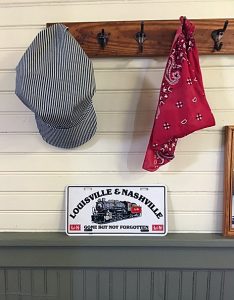 A blue and white striped cap and red bandana are part of a railroader’s work clothing. (Photo by Brenda S. Edwards)

George “Stormy” Kromer, a former semi-pro and professional baseball player, was an engineer for the Chicago and Western Railway. He made a habit of wearing a baseball cap while at the control of his engine but it wasn’t what he actually needed while on the job.

He came home one day and after talking with his wife, Ida, they came up with a design of what is called the railroad engineer’s cap.

Ida, an expert seamstress, assembled George’s new cap with what fabric she had — blue and white pinstripe pillow ticking.

Their efforts were a hit.

The cap became very popular among railroaders, and resulted in the beginning of a business which still exists today.

A red bandana was a must for men working on the railroad. It was used to wipe sweat from the forehead, and to wet and wrap around the neck to keep the red hot cinders from sliding down your shirt. It was sometimes used as a gas mask in tunnels.