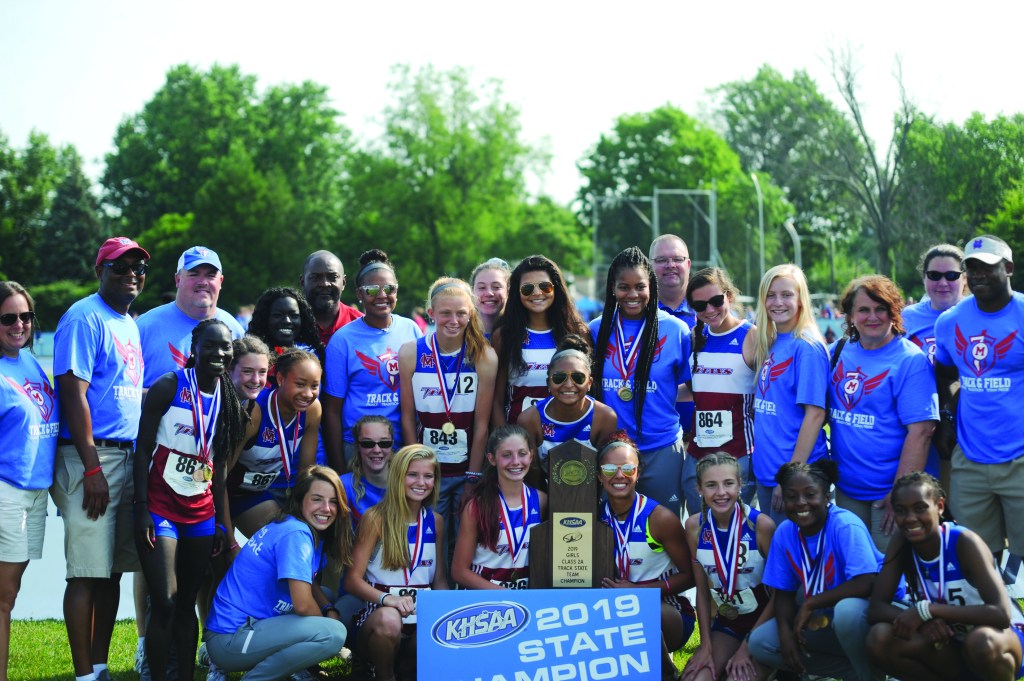 Yeast took a team that only had one state qualifier and led them to a state title in four years. (Photo Derek Brightwell)

Four years ago, when Mercer County track and field coach Terry Yeast took over in that role, he was inheriting a boys team that would go on to win a state championship in his first year, but a girls team that only had one state qualifier the year before. He wanted to change that, and build the program. In 2018, both his boys and girls team finished second in the state to Boyle County, which won both. This year, his girls clinched the school’s first state title in history before rain postponed the final event. The next day, they added an exclamation point by setting the 2A state record in the 4×400-meter relay.

“It meant so much because of the growth that the young ladies have made over the course of the four years,” Yeast said of the state title. “To come back — and I don’t know if I would’ve been as excited to come back for any other event as I was for that event. And then to break the state record was just the icing on the cake.”

The state title was only one of the reasons that Larry Vaught selected Yeast as the Bill Vaught Memorial Coach of the Year.

“I think my father would be thrilled to have Terry Yeast win an award named for him. First, he loved track and field,” Vaught said. “That was one of his favorite sports to cover and he admired the athletes who competed in multiple events. Second, Terry Yeast has put in his time coaching and has always put his athletes first. Winning a state title was always a goal, but Yeast worked just as hard no matter where his team finished and did it in a manner my father would appreciate.”

Yeast knows what this award means, not just in the area, but to Vaught, personally.

“Growing up, Bill Vaught was The Advocate-Messenger,” he said. “He just stood for greatness; he was a hard worker. He loved to support the local communities. For Larry to have thought enough about what I have done and the example that I’ve set to recognize me means a lot.”

While success is important, it is not the only thing Vaught looks for when choosing who to receive the prestigious award. He looks for a coach whose character away from the game is as strong as their success in the game. 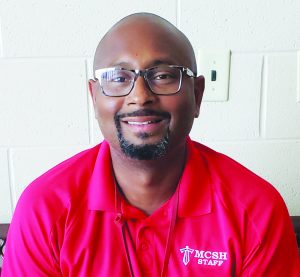 “My father believed character was important and Yeast exhibits all the things important to my dad both on the track and away from the track,” he said.

For Yeast, his role as Mercer’s assistant principal allows him to foster relationships, not just with his student-athletes, but with all of the students in the school.

“I spend an enormous amount of time around the kids in general. I used to be the athletic director in the district and I was in a different building and I never got to see the kids so that would’ve made it difficult as a coach,’ he said. “Being in the building, I get to be in the halls between all the periods. I’m in the lunchroom, I’m in the cafeteria for breakfast. I see the kids when they’re coming in the building and I see them when they’re leaving because I’m on bus duty at the end of the day. I just see these kids all day long.

“The fact that building relationships is so important to me, sometimes just because of the relationship that I’ve built with a kid gives them a chance to think about joining my program. It helps when the kids are recruiting other kids, too.”

On the track, the relationships he’s developed over his four years with the program is borne of tough love.

“Relationship building is by far the most important thing. I’ve tried to get to know the kids, and find things for us to do as a team, team bonding activities. We do fundraising together and lock-ins,” he said. “We’ve gone on spring break training trips which makes it fun. They know I’m going to work their tails off because I expect nothing but greatness from them, but I try to reward them for that as well.

“What we focus on is family, tradition and Titan Pride. What those kids do know, because they’ve heard me say it is that I love each and every one of them,” he added. “With love comes tough love and so they know that even though it may be tough, in the end it’s for their betterment and future. They know that, they figured it out. They figured it out quick. They know that if I’m not getting on them, then they ought to be wary because it means that I don’t care as much. So the fact that I’m on them, I’m on the best one and I’m on the one who contributes the least. I expect the same from all of them because we’re only going to be as strong as our weakest link anyway.”

One of the things that Yeast tries to instill in his athletes is to make the most of their lives. He begins every day with a mantra that he has them repeat back to them. “I don’t know how long I’ve got down here. I don’t know when life will end. All I know is that I’m going to do the best that I can do while I yet still have time.” He says that it is important for them to recognize that life is precious.

“I preach that everyday. I don’t care what it is whether it’s track practice, academics or cleaning your room, you don’t know when it’s going to end so give it all you’ve got until the Lord calls you home.”

Yeast said that, while he’s the one being honored, he would never be getting any of the recognition without the help of coaching staff.

“I truly believe that I have the best coaching staff in the state bar none. They specialize in the areas that they coach and it’s been amazing to put together and it’s taken four years to get this staff together. It’s been amazing.”

The Bill Vaught Memorial Coach of the Year Award, which Larry Vaught began to honor his late father, is more special for Yeast because of the role his own family plays in his life and coaching career.

“I just want to say that I appreciate the support that I get from my wife Tiffany and my family because they give up a lot of time with me because of the commitment. My wife was a former track athlete, so she understands how much I love it,” he said. “The reason I got back into coaching was because of my kids. My kids were about to come up through school and they’re all three involved in track and field when they were young. So I thought this would be a great opportunity for me to come back into coaching so I can coach my kids and help them grow and it was an amazing experience with them this year.”