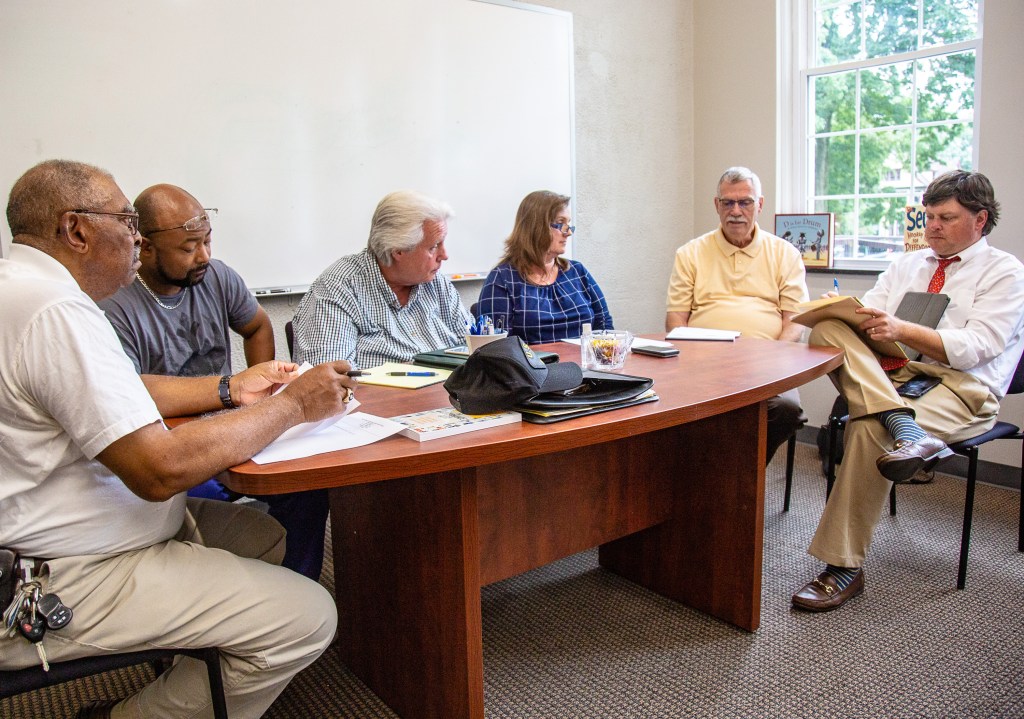 The Danville Board of Education meets Monday to discuss its contract with the executive director of the Danville Schools Education Foundation and Alumni Association. (Photo by Ben Kleppinger)

The Danville Board of Education voted unanimously to terminate its contract with Education Foundation Director Phil Osborne Monday afternoon.

Osborne was being paid $60,000 annually to head up the Danville Schools Education Foundation and Alumni Association. He was first hired by the board in March 2018 and has been paid $75,000 since that time, Superintendent Tammy McDonald said.

The board hired Osborne intending for him to fundraise enough money that an endowment could be created that would provide funding in perpetuity from the interest earned off the principal. That hasn’t happened; McDonald said based on Osborne’s accounting, the foundation has brought in just over $15,000 since he came on board — $60,000 less than Osborne has been paid so far.

The board voted 4-0 during its special called meeting Monday to give Osborne 30 days notice, as required by his contract, that it would be terminating the arrangement.

“It is not easy to do this. Mr. Osborne is a fine man. I’ve known him a long time,” said board member Paul Smiley, who made the motion to terminate the contract. “But I think that the feedback I’ve got from the community is that we’ve got to — as board members, we’re responsible for paying all the bills and watching the money and doing the best we can.”

Board member Troy McCowan seconded Smiley’s motion; McCowan, Smiley, board Chair Steve Becker and board member Glenn Ball all voted in favor. Board member Lori Finke was out-of-town and unable to attend the meeting; Becker said she had told him she was fine with whatever the board decided.

Becker opened Monday’s 30-minute meeting — the first held at the district’s new central office next to Danville High School — by explaining he wanted the meeting because more discussion was needed after the topic of Osborne’s contract was touched on during the board’s six-hour retreat, held in early July.

During the retreat, board members said they needed to see stronger fundraising results or else re-evaluate whether funding the executive director position was worth the money.

Osborne acknowledged at the retreat it was difficult to see how the foundation would ever reach a point where it more than paid for his contract.

“Is the foundation ever going to be self-sustaining? I would hope so at some point, but I also candidly think you all were oversold on it initially,” he said at the retreat. 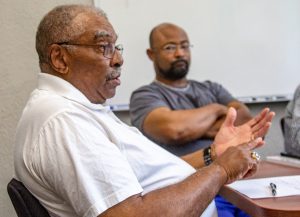 Board member Glenn Ball opened comments on the matter Monday by stating that “if the system is working, I see no reason for a change.”

“I don’t need to say anymore than that,” Ball said.

“Anybody else have anymore comments?” Becker asked. The question was followed by a lengthy silence before board member Paul Smiley spoke up at Becker’s request.

“It seems to me — and it’s nothing personal; he’s a fine man,” Smiley said. “But I don’t think we’re raising enough money. That’s the bottom line.”

Smiley said he can’t say and doesn’t know whether it may be the board’s fault for setting expectations too high, Osborne’s fault or something else. “I don’t know what it is, but we have not made money for the children.

“… I’m not sure we need to continue on with the current status because we’re not making, we’re losing money. And the purpose of it all is to gain money for the children.”

McCowan agreed — “There needs to be a change.”

Ben Saylor attended the meeting and spoke about the situation from his perspective as the new president of the Education Foundation board.

The board met Thursday and Saylor, who has been on the board since before Osborne was hired, was named president. 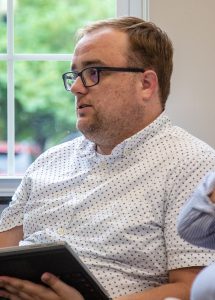 Ben Saylor, president of the Danville Schools Education Foundation and Alumni Association, said he plans to bring the school board a proposal or proposals for reorganizing the foundation at a future board meeting. (Photo by Ben Kleppinger)

“We as a foundation board are looking for ways to increase our amount of donations and revenue brought in and we would like to update our contacts with alumni and the community as a whole,” he said.

Saylor acknowledged the foundation board has had several meetings in recent months where a lack of attendance meant it had no quorum — it couldn’t take any action.

“We have struggled to find board members who are able to commit large amounts of time to this organization,” he said.

Saylor himself lives in Louisville. He said he hasn’t missed any meetings, but other board members have other obligations that make it more difficult for them to attend.

There are also “a lot” of board members who have been on the board for a long time — some since the foundation was created in 2006, Saylor said.

“I think they’re just a little bit fatigued,” he said. “Hopefully we’ll find some younger board members to come in and just re-energize the organization. I know I’m excited for what’s ahead.”

Later in the meeting, Becker asked Saylor, “Is there confidence from your board with Phil?”

“I think our board is ready for change,” Saylor answered. “To explore new options, to better suit the goals of everybody.”

What Osborne ‘brought in’

Superintendent McDonald asked Osborne, who attended Monday’s meeting, to think back and provide a list of all things “you have brought in” for the district since he was hired.

She noted some items that were officially received through the Education Foundation, such as a grand piano for Gravely Hall and a dental chair for the district’s new in-school dental office, were initiatives of district personnel, which Osborne was not directly responsible for.

“Other than event sponsorships and helping Anna Houston with the Hudson-Ellis grant last year, that would be about it,” Osborne said. 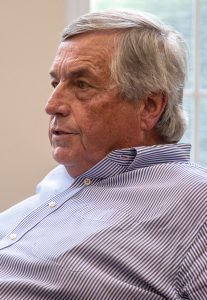 Phil Osborne, executive director of the Danville Schools Education Foundation, discusses what he was able to fundraise for the district. (Photo by Ben Kleppinger)

This year’s Admiral 5K event brought in around $5,000 and the Hudson-Ellis grant Osborne assisted with was worth $10,000 — though Osborne noted approval of that grant is “not a rubber stamp, but pretty close to it.”

“I just want to make sure that I’ve not forgot about one,” McDonald said.

Osborne noted he did post a fundraiser for the foundation on his Facebook page for his birthday, which brought in “a little more than $100” and he just received that day another donation for $110.

Osborne said McDonald has asked for accountability measures that would define success for his position, and “I don’t disagree. But we don’t have that.”

He said the three goals he was given for his first year were:

The database has been compiled and the Facebook goal has been achieved, Osborne said. “We’re at 1,000 and change right now.”

As for the $50,000 fundraising goal, Osborne said, “I don’t know where $50,000 came from but that was the magic number the first year.” He acknowledged that goal had not been achieved.

Osborne reiterated there had been a lack of definition in terms of what should be his measure of success.

“I’m not criticizing anybody; I’m just saying it’s never been done,” he said.

The vote and the future

After further discussion about fundraising strategies and ideas about future plans for the foundation, Becker cut things off.

“All this talk about the future is great, but I think we need to get back to the matter at hand,” he said.

Board members were informed their contract with Osborne is a personal service contract, which means it’s up to the board itself whether to keep it going or not. The contract includes a 30-day option, under which either party can terminate with 30 days notice. 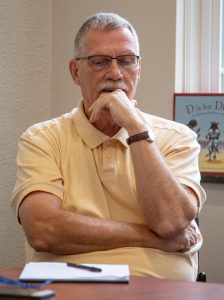 “We either need to make the motion or it just drops at this point,” Becker said.

After another moment of silence, Smiley made the motion to “follow through with a 30-day notice of termination.”

After the meeting had concluded, Becker and Saylor said once the 30 days are up, the foundation will be without a director. It’s Saylor’s intention to come before the board again during a regular meeting with ideas for a reorganization.

“The goal is their board … will come to us at a work session, then hopefully we can get a modification of how the job’s been structured,” Becker said. “All over the state it’s totally different. Some are employees of the district and that’s their sole purpose, only. Some are volunteer boards only; some are a part-timer from the staff that works 20 hours a week with the foundation. So, I think now is going to be a time that we’re looking at a restructure.”