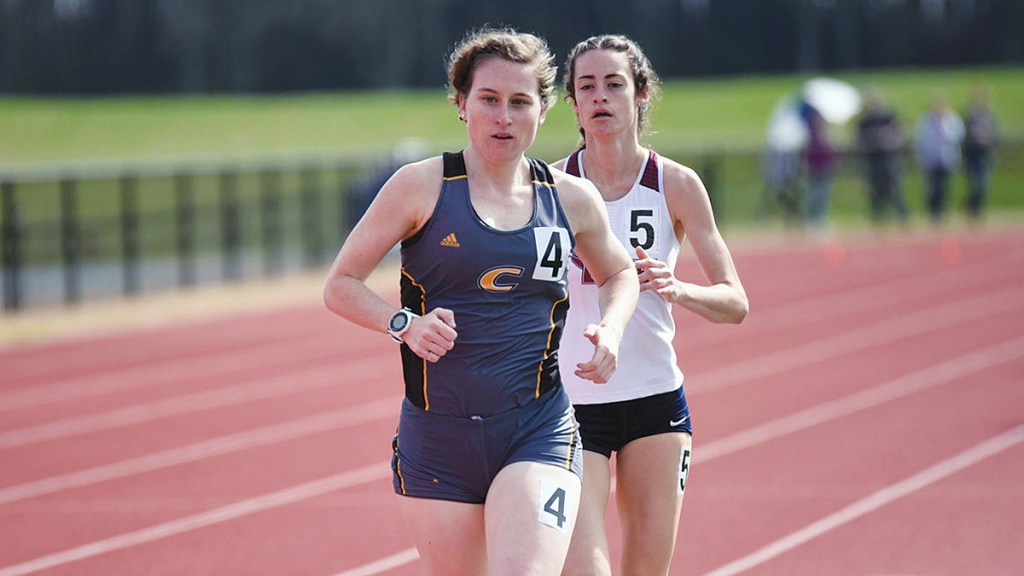 Rodenfels, who left Centre as a three-time national champion and seven-time All-American, signed with ASICS Greenville Track Club-ELITE, a post-collegiate, Olympic-development program based in Greenville, S.C.

She will train full time with the club on a two-year contract, which allows her to focus exclusively on pursuing her goals as a professional runner. Established in 2012, GTC-ELITE produced four qualifiers for the 2016 USA Olympic Trials Marathon in Los Angeles.

Rodenfels stated: “The opportunity to continue my running career at the professional level is one that I’ve thought about often but wasn’t sure it would happen, so this chance means the world to me. I’m very grateful to find another program, like Centre College, who has reached out a hand to take a chance on me and my running. I hope to continue to develop my talent wholeheartedly and without abandon in order to see just how far it can take me.

“I feel so grateful to Centre, especially coach Lisa Owens, for the resources and time they’ve invested in me and I am eagerly looking forward to working with coaches Mike and Laura Caldwell at ASICS Greenville Track Club-ELITE who I think are just as willing to continue helping me in my development. I can’t see anything standing in the way of achieving my goals, both as a runner and person, and while that’s a little terrifying it is also incredibly humbling and exciting.”

Along with that news, the USTFCCCA announced Monday that Rodenfels has been named the Division III Women’s Outdoor Track Scholar Athlete of the Year.

That honor is the latest in a string of major awards for Rodenfels, which includes Southern Athletic Association Woman of the Year, USTFCCCA and NCAA All-American, USTFCCCA South/Southeast Regional Track Athlete of the Year and SAA Women’s Runner of the Year, among others.

She was recently named a nominee for the prestigious NCAA Woman of the Year award, as well.