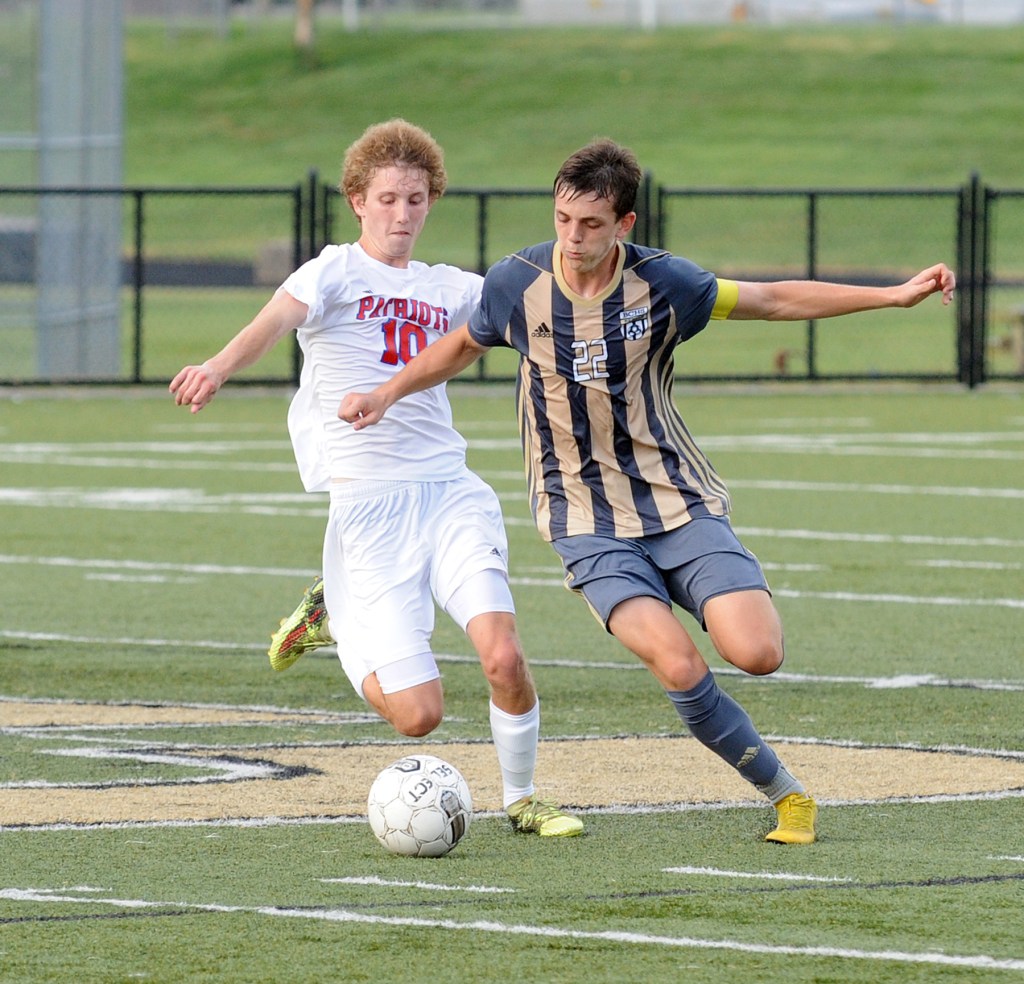 Players for Boyle County and Lincoln County go for the ball during a scrimmage in early August last year. (File photo by Matt Overing)

Brent Beauman’s Admirals are hoping to make it three in a row in the 45th district entering this year, and are hoping to take the next step by winning the 12th Region.

In the 46th District, Mercer is hoping to return to the standard set by the teams earlier in the decade that went on a run of regional titles and brings back coach Garrett Stark, who led them to a three-peat.

Coaching experience reigns in the area, as only Garrard County’s Louis Kluesener has less than four years in the head coaching slot. A good mix of talented incoming freshman, and upperclassmen laden teams should make for an exciting 2019 in boys soccer.

As the season approaches, here are snapshots of how local teams are shaping up this year, as provided by the coaches: 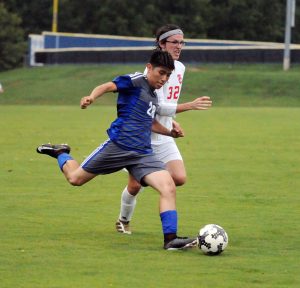 A Danville player controls the ball during a game in August 2018. (File photo by Matt Overing)

Weaknesses: Young players adjusting to speed and size of varsity

Team Goal: “We’re going to need good leadership from our captains to help us gel together and maintain a good work ethic,” McMann said.

Outlook for 2019: “I’m excited,” McMann said. “We have a good group of Juniors and Seniors and many talented younger players.”

Strength: Passion for the game

Weakness: Getting everyone on the same page

Team goal: “To see these young men come together as a team and learn to play with whomever is on the field,” Pennington said.

Outlook for 2019: “I think we will be competitive and when playing together, will surprise some by winning a few,” Pennington said.

Returning core: “The seniors. It should and has to be a big year for this class,” Beauman said.

Newcomers: “We have several quality incoming freshmen that will get good varsity minutes,” Beauman said. “We also had two juniors that moved in to our community who are going to immediately fill the void from last year’s seniors.”

Team goals: “My goals for this team are to have focused, intense practices and to compete at a high level in every aspect of the game,” Beauman said.

Outlook for 2019: “I believe everyone from the coaching staff to the players are ready to get started and see what we can become by October,” Beauman said.

Team goal: “I was very pleased with how we progressed last year as a team,” Kluesener said. “It is my hope that we will continue to develop throughout the season and compete at practice and games to be the best we can be.”

Outlook for 2019: “We have high expectations for our seniors, Dylan Houp, Austin Willoughby, and Malique Thornton,” Kluesener said. “We play in an extremely difficult district, and I’m counting on our seniors to provide leadership throughout the season. They have been with the program for many years and I am confident they will step up and set the tone for the season.

The kids at practice have been focused and they’ve been giving it all they have. I want them to continue to stay focused and positive as we get ready for the challenges of the season.”

Overall outlook for 2019: “We are expecting to be able to compete with the teams in the district and region,” Cummins said.

Coach: Garrett Stark (Sixth year at Mercer, back after one year absence)

Team goals: “Our goal each year at Mercer County is to challenge ourselves to play to the highest standard every time we step on the field,” Stark said.

Outlook for 2019: “We are excited to get this season started and we look forward to working hard each week over the course of the season to improve as a team and play to the highest level we can,” Stark said.