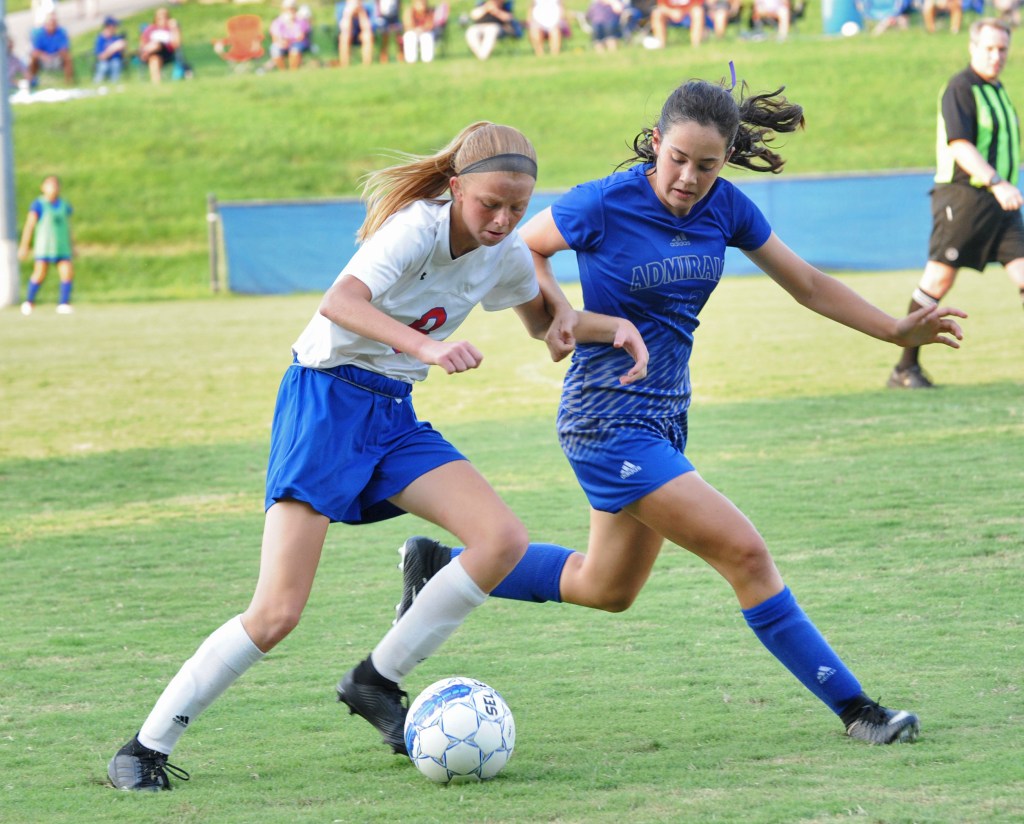 Players for Lincoln County and Danville compete in a game in August 2018. (File photo by Matt Overing)

The last seven years of the girls 45th District have been owned by Brian Deem’s Boyle County Rebels. The last four of those championships have come over cross-town rival Danville High School. If Deem and Danville coach JD Smith have their way, it will come down to that match-up again.

Mercer County sits in the 46th district, which is home to West Jessamine, who has won the 12th Region the last three years and took state in two of those years. Coach Joshua Culver knows that will be a tough mountain to climb, but has faith that his team this year is up to the challenge.

As the season approaches, here are snapshots of how local teams are shaping up this year, as provided by the coaches:

Team goals: “Continue the standard we’ve set within the district and the region,” Deem said.

Outlook for 2019: “I think our team can accomplish and go as far as our team chemistry takes us,” Deem said. “I’m ready to play whoever we face. If we get a little stubborn and a little selfish, we’ll have some bumps in the road.”

Strengths: Talented; “through the roof” potential; “we’ll be able to score some goals,” Smith said.

Team goals: “growing together as a team;” “relying on teammates and letting them know they can rely on them,” Smith said.

Outlook for 2019: Danville has been district runner-up for four years. The Admirals lost in the regional semi-final the last four years. “You want to repeat what you’ve done, and build on that,” Smith said. “We want that district championship. Can we get in the regional final. As a small school, we’re focusing on the All A. Make it past Louisville Christian Academy and get to the final of the All-A State Cup. If they keep working with that attitude, I think all these things are possible.”

Returning core: “The whole team is important and plays a huge role in the success we have on and off the field,” Culver said. “We want to be successful playing a high level of soccer and to do that, the whole team has to play as one.”

Newcomers: “Right now the focus for them is to continue to improve on the technical part of soccer and being a student of the game,” Culver said.

Team Goals: “Playing the game as one, always learning and improving, continuing our positivity from WKU Camp into this season, competing for District and Regional Championships,” Culver said.

Outlook for 2019: “Players and coaches are going to have fun this season competing at a high level,” Culver said. “There is so much talent in Mercer County Soccer right now and these young ladies have drive. I can’t wait to see them take the field this season.”