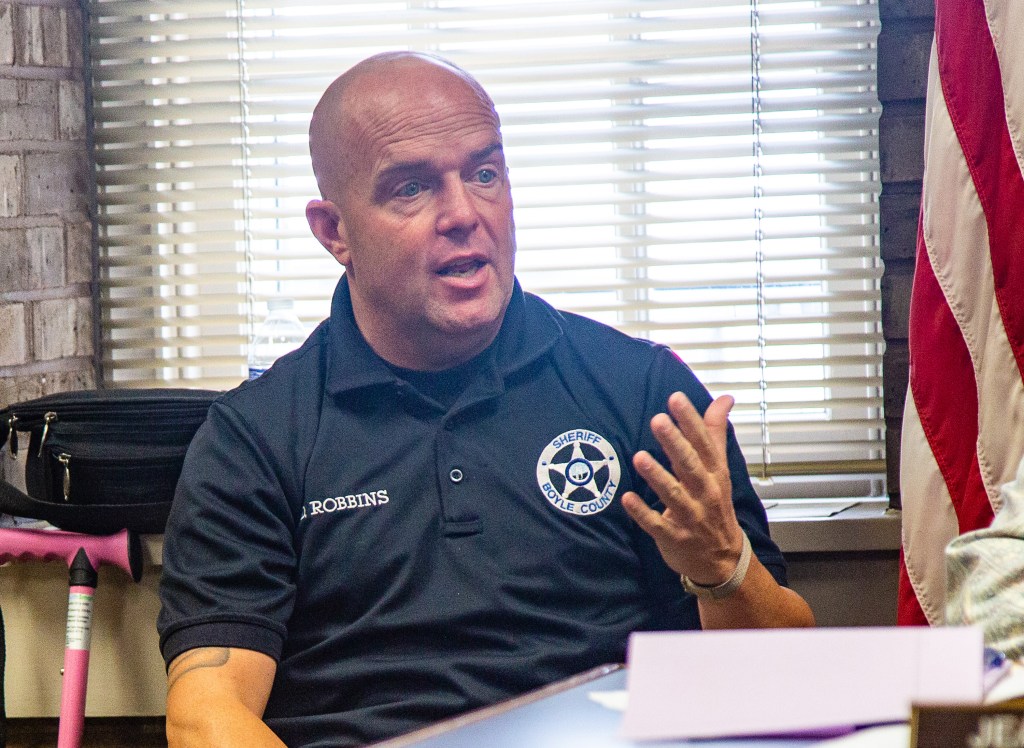 Boyle County Fiscal Court has advanced an ordinance that would lower the speed limit to 25 miles per hour on 13 county roads:

The ordinance requires a second reading before it could take effect.

Cream Ridge Road was originally included in the ordinance text, but it was taken out at the request of Magistrate Ronnie Short, whose district includes the road.

Magistrates were largely in agreement that slower traffic speeds are needed on many of the roads in question, though they weren’t as sure how that might be accomplished.

Magistrate Jason Cullen said many of the roads in question used to be primarily for access to farms, but now neighborhoods have popped up along them, creating the need for slower speed to improve safety for the residents there.

Some magistrates pointed out the speed limits aren’t always posted on every road, which makes it difficult or impossible for the sheriff to give out speeding tickets.

Sheriff Derek Robbins and County Engineer Duane Campbell explained what has worked in the past is for the road department to post the speed limit if a road becomes a problem, which

In other road business during the fiscal court’s Tuesday meeting, magistrates accepted a bid from The Allen Company to pave the road from Whites Park into the newly designated Veterans Memorial Park for $6,615. It’s a pet project of former Magistrate Jack Hendricks, a driving force behind the county’s Veterans Memorial Wall.

Hendricks has raised around $2,000 in private donations to help cover the cost, Treasurer Mary Conley told magistrates. The City of Danville has agreed to pay one-third of the final cost after Hendricks’ fundraising. That would amount to around $1,500 if Hendricks’ fundraising total remains the same, leaving the county to pay a little more than $3,000. The road will be paved with 3 inches of stone and 2 inches of asphalt.

Engineer Campbell said The Allen Company provided no hard timeline for completion of the project. But “I think they’re looking for something to do, so I think they’ll get it done quickly.“