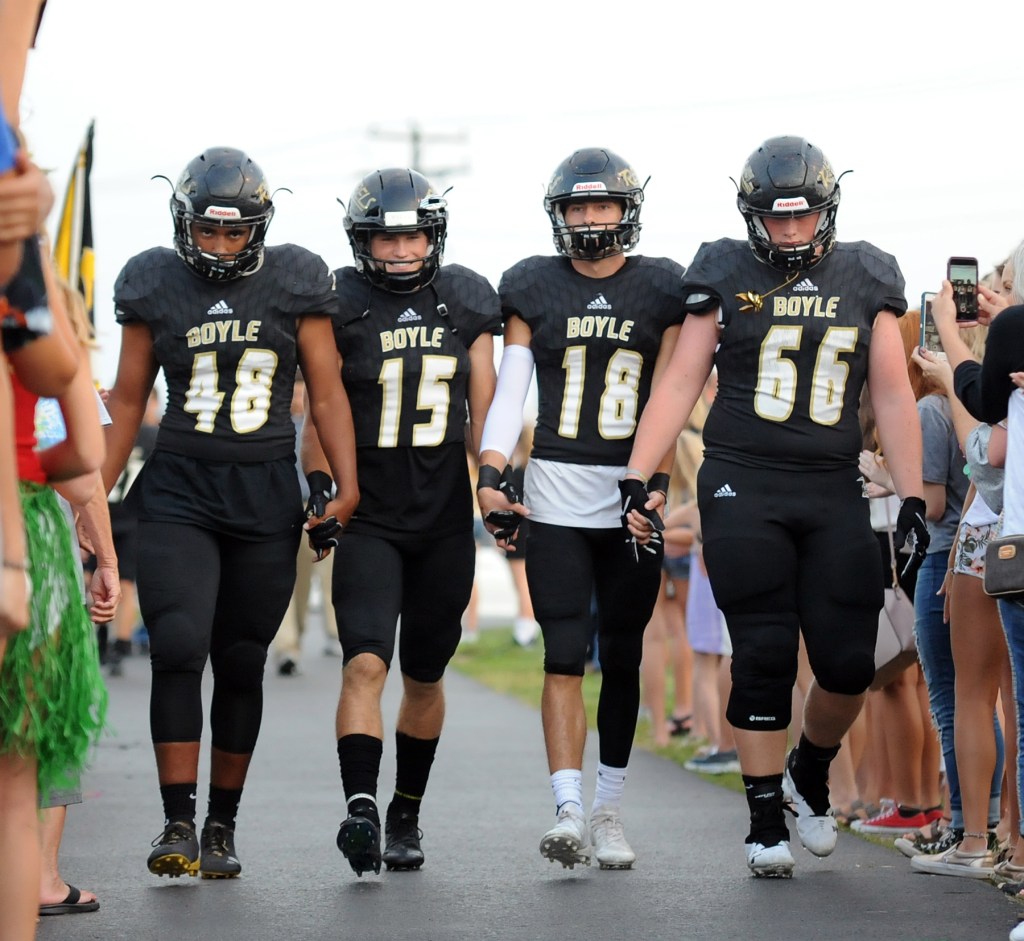 Last year, area powerhouse Boyle County went undefeated before losing in the 3A State semifinals during its bid to repeat as state champions. This year, the Rebels return 19 seniors from that squad and are looking to finish what they started. Area 3A rival Garrard County is hoping to improve on its 2-9 finish from last year with a strong interior game, but inexperience at the skill positions.

At the 4A level, Mercer County is hoping that a strong returning core can propel them to the best finish in coach Dave Buchanan’s time with the Titans.

Across the area, however, youth might be an obstacle for most of the schools, as coaches are trying to replace key departures with first-year varsity players. The focus for these schools will be small improvements every day and maintaining focus during the early part of the season.

Key newcomers: A solid group of sophomores and juniors who can find roles despite a big senior class

Team goals: “I want us to be a team and a family,” Smith said.

Outlook for 2019: “Playing for each other, serving each other,” Smith said. 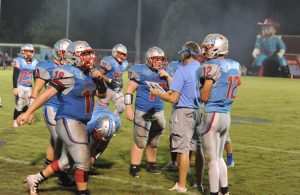 Casey County football players confer during a break in a 2018 game. (File photo by Matt Overing)

Outlook for 2019: “We’re playing one of the toughest schedules in program history,” Stonebraker said. “We’re coming off three straight winning seasons, which has never happened in program history before. Upping our schedule and being in a tough district — it’s going to be challenging for us.” 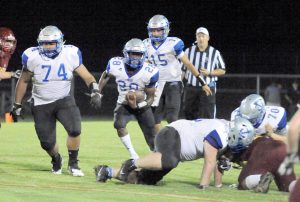 Danville plays a game against Garrard County in 2018. (File photo by Matt Overing)

Key newcomers: “Really too many to name,” Clevenger said. “Depending on the game plan, more and more guys can get experience and make big plays.”

Strengths: Excitement of young guys who are trying to compete and get in

Team goals: “Our goal around here is to get better every day,” Clevenger said. “It’s important for us to keep our confidence early in the season.”

Outlook for 2019: “We play a tough schedule, and when you do that you can be improving without it showing in the win column,” Clevenger said. 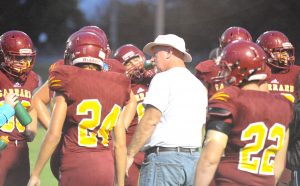 Garrard County coach Jerry Perry coaches his players during a break in the action in a 2018 game. (File photo by Matt Overing)

Key newcomers: “All of them,” Perry said.

Outlook for 2019: “We expect to be successful,” Perry said. “We do every year, and this year’s no different. Injuries hurt us last year, so hopefully we can stay away from injuries.”

Key newcomers: Clayton Davis, plus a group on special teams

Strengths: Experience on the offensive and defensive lines

Team goals: Stay undefeated at home, compete for top spot in the district.

Outlook for 2019: “We’re going to try to build off the success last year,” Crutchfield said. “Get better every day. If we bring that work ethic, I think we can have success.” 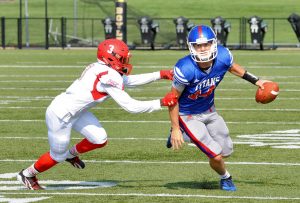 Key newcomers: Several who could step up.

Team goals: “Be the best we can today,” Buchanan said.

Outlook for 2019: “I really like our team,” Buchanan said. “I’ll be really disappointed if this isn’t our best team since I’ve been here.”