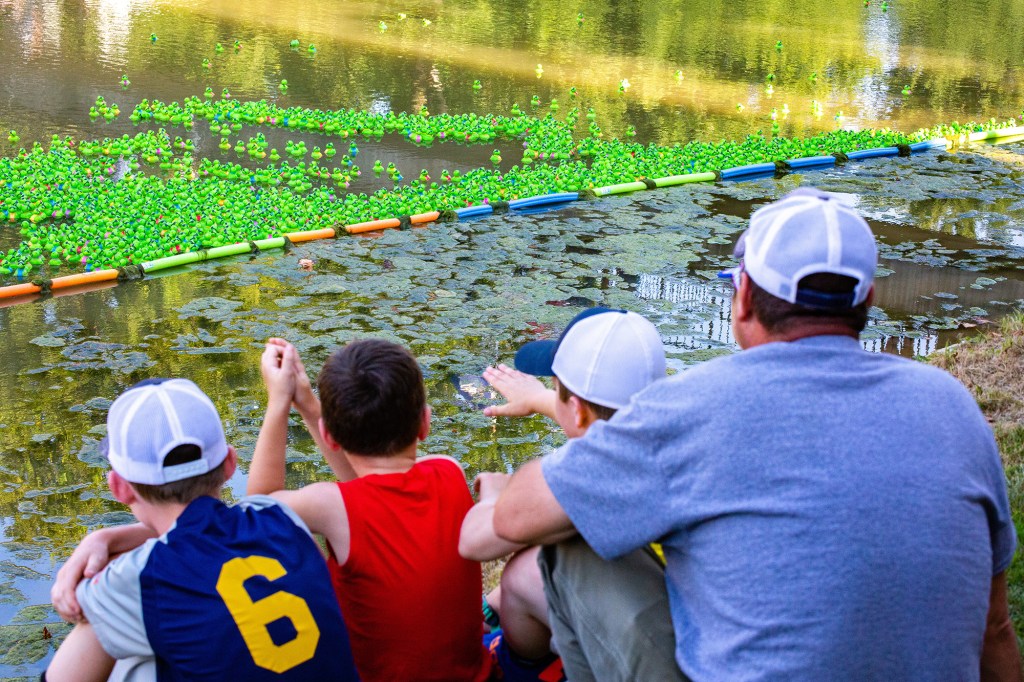 Ben Kleppinger/ben.kleppinger@amnews.com Spectators watch the turtles make their way down the course.

A total of 1,662 turtles were “adopted” for the race, raising a total of $6,884 for Main Street Perryville, according to MSP Director Vicki Goode.

After the rubber turtles were dumped off the pedestrian bridge and into the river, they floated downstream toward the finish line, with the current carrying most to the western side of the river. Floating barriers guided the turtles to a point, where the first ones through and into a tube won.

Gift cards were given out to 10th through sixth places; cash prizes were awarded to fifth through first. Linda Castle won the $1,000 first-place prize; Lisa Bauder won $400 in second; and Chris Bottom won $300 in third.