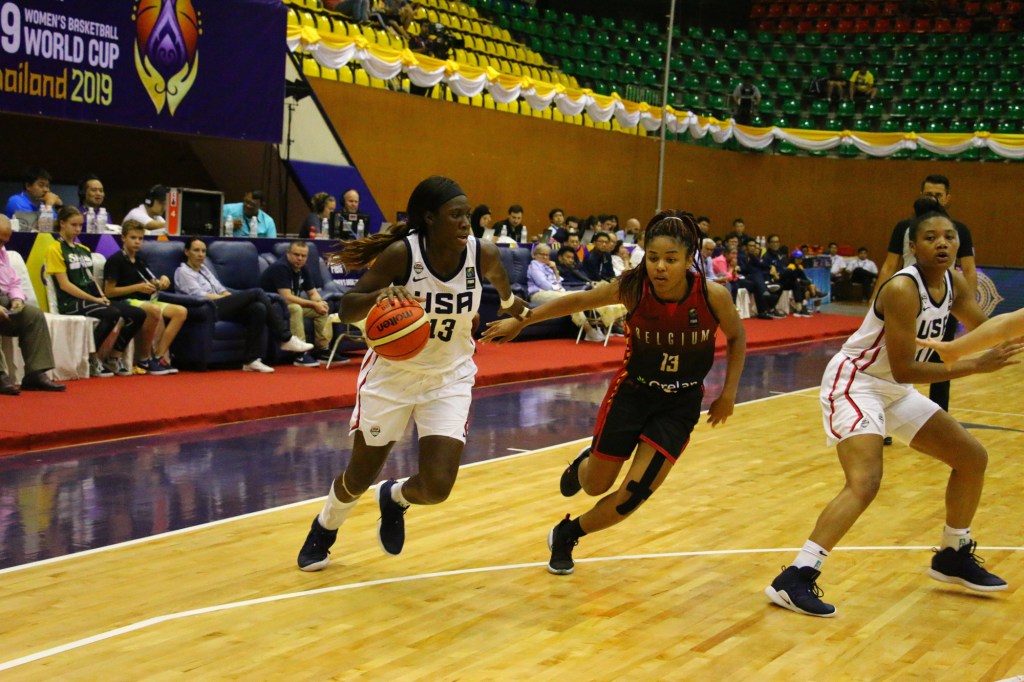 Her stellar play led to Rhyne Howard being named to the all-tournament team at the FIBA U19 World Cup. (USA Basketball)

LEXINGTON — University of Kentucky women’s basketball guard Rhyne Howard continued her successful stretch playing for Team USA as she led the Red, White and Blue in scoring on its way to winning the 2019 FIBA U19 World Cup championship in Bangkok, Thailand on Sunday. For her efforts, Howard was tabbed to the all-tournament team.

Originally known as the FIBA Junior World Championship, the tournament was held every four years starting in 1985. FIBA changed its calendar in 2005 and now conducts the U19 World Cup every other year. USA women’s teams are 86-13 in U19/Junior World Cups, capturing seven-consecutive gold medals.

No. 1 in FIBA’s world youth women’s rankings, the USA went 7-0 throughout the event starting with wins against Australia, South Korea and Hungary in preliminary rounds before defeating Germany, Canada and Belgium to advance to the finals vs. Australia. Team USA would be tested the most all week in the final, prevailing in overtime vs. Australia, 74-70.

Howard, who had 10 points, seven rebounds, three assists, two steals and two blocks in the championship game, led the USA in scoring throughout the week averaging 13.1 points per game with 5.1 rebounds per game and hitting 44.7 percent from long range. In pool play, Howard had 10 points, three rebounds and one steal vs. Australia before 17 points, nine rebounds and two steals vs. Korea. Against Hungary, Howard scored 18 points with eight rebounds and one steal. The strong play continued in elimination play, scoring 9 points vs. Germany and 14 against both Canada and Belgium. 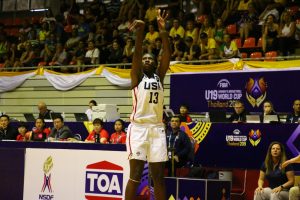 During her first year at Kentucky, Rhyne Howard set the UK freshman record for most 3-pointers made in a season. (USA Basketball)

Howard has had success playing for Team USA in the past earning most valuable player honors last summer in Mexico helping the U18 team to a 5-0 gold-medal run. Howard shined in every game of the tournament, starting with six points, two rebounds, one assist and a steal vs. Argentina before seven points with eight rebounds, three assists, two blocks and a steal vs. Chile. In the final game of pool play vs. Puerto Rico, Howard had 11 points with six rebounds, six steals and one assist.

The guard continued to play well in the elimination rounds with eight points, six rebounds, four assists, two blocks and a steal in the quarterfinals vs. El Salvador before 14 points, including 4-of-7 from long range with five assists, two blocks and two steals against Colombia. She locked up the top honor after her five points with four rebounds, four assists and two blocks vs. Canada in the title game. Howard recently competed in the 2019 USA Basketball Women’s 3×3 National Championship in Las Vegas, leading her team to a second-place finish.