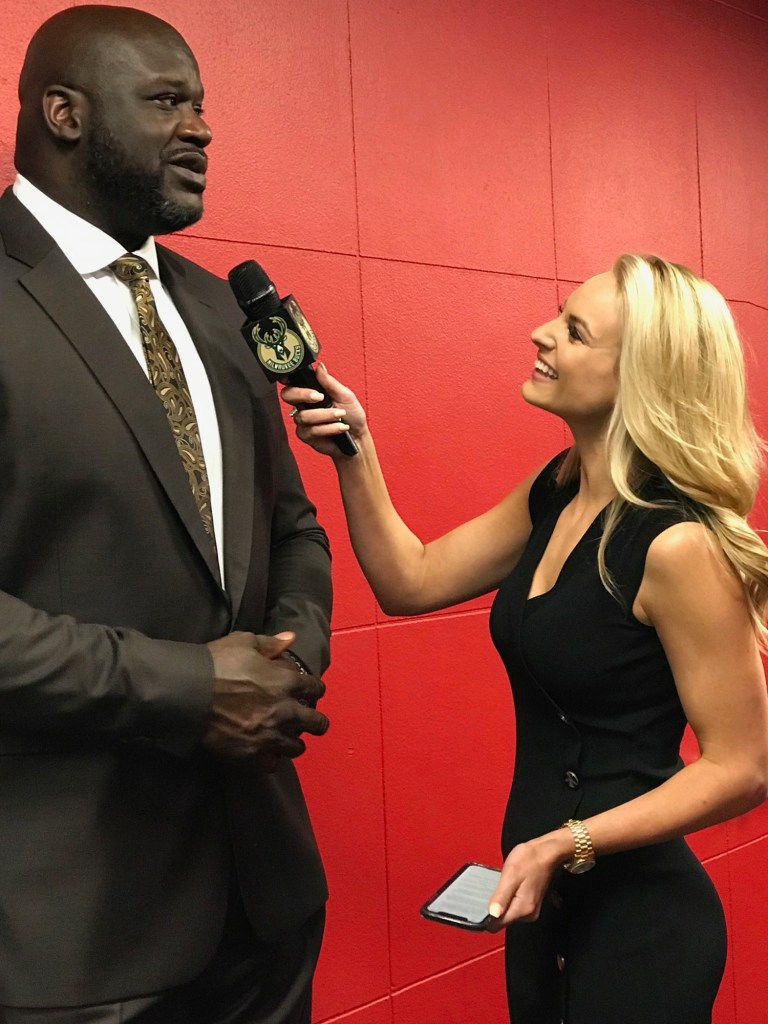 However, from the first time she saw reporter Erin Andrews on ESPN when she was about 13 years old, George knew she wanted to be a national sports broadcaster and she never wavered in that dream.

Now she’s one step closer to making a spot for herself on ESPN after recently joining the new ACC Network. She spent the last year working for the Milwaukee Bucks after working two and a half years for WDRB-TV in Louisville following her graduation from the University of Louisville.

“I am basically up for anything they want me to do,” said George.

She called her time at the Louisville TV station “invaluable” because it laid the foundation for what she hopes to still accomplish.

“When I got out of college, I wanted to start with a regional network, not local news,” she said. “Looking back I am so glad I spent time with WDRB. I was carrying cameras, editing, writing my own stuff. That’s where I learned and honed my skills. All the reps I got every day in local news was so beneficial.

“When I got to Milwaukee and we had 80 plus games, I was not scared to get out there because of all the local reps and live shots I had done. That time at WDRB was character building for me.”

As an elite athlete, she’s motivated and competitive. Her goal was to spend two years at WDRB and then land a regional TV job. She missed that by six months .

“I was very upset with myself because I felt I did not meet my goal. Luckily Milwaukee called,” she said. “Did I expect a national gig to come up now? No. I loved that job with the Bucks. I loved the people, the team. It was so much fun getting to go to the Eastern Conference finals as a rookie (working in the NBA). That was a special experience for me and hard to walk away from.” 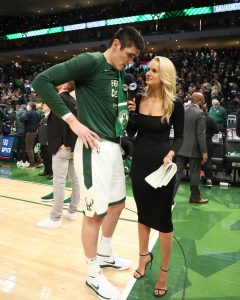 George started work for the new ACC Network this month and was in Charlotte this week for a two-day boot camp for on-air talent where she was anxious to learn from personalities such as Holly Rowe and Maria Taylor.

“I want to pick their brains because they have done this for quite some time,” George said before the boot camp.

She remembers sitting on the baseline for college basketball games at Kentucky and watching Kaylee Hartung, Laura Rutledge and others working for ESPN and the SEC Network. Now George has her chance.

“I won’t be on ESPN on a regular basis but it is a great step to reaching that goal,” she said. “I have been to every ACC campus except Duke and you never know what could happen in the future. I want to be on a national stage. That’s always been my goal.

“I am sure there are people out there who think everything came easy or the way she looks and being Miss Kentucky made this all happen. They didn’t see the nights carrying 50 pounds plus of camera gear around and what I did. This is hard work. It’s not glamorous. You are working 10 to 12 hours a day to get two minutes on air. I just don’t think most people understand how much time you put in.

“I was on the baseline with my camera watching Kaylee, Maria, Laura and others. I felt like a peasant  with a camera while they were reporting. I just knew I had to suck it up and put the work in. That’s my mantra and sticking to my guns has paid off. I have not reached all my goals yet but I am getting there and really excited about this opportunity.”

Her first football game will be Aug. 29 when Georgia Tech plays at defending national champion Clemson. She will be at Pittsburgh on Aug. 31 when the Panthers host Virginia.

The ACC joins the Big Ten, SEC and Pac-12 as conferences with its own TV network. George said negotiations remain ongoing with various cable providers on picking up the ACC Network when it launches Aug. 22.