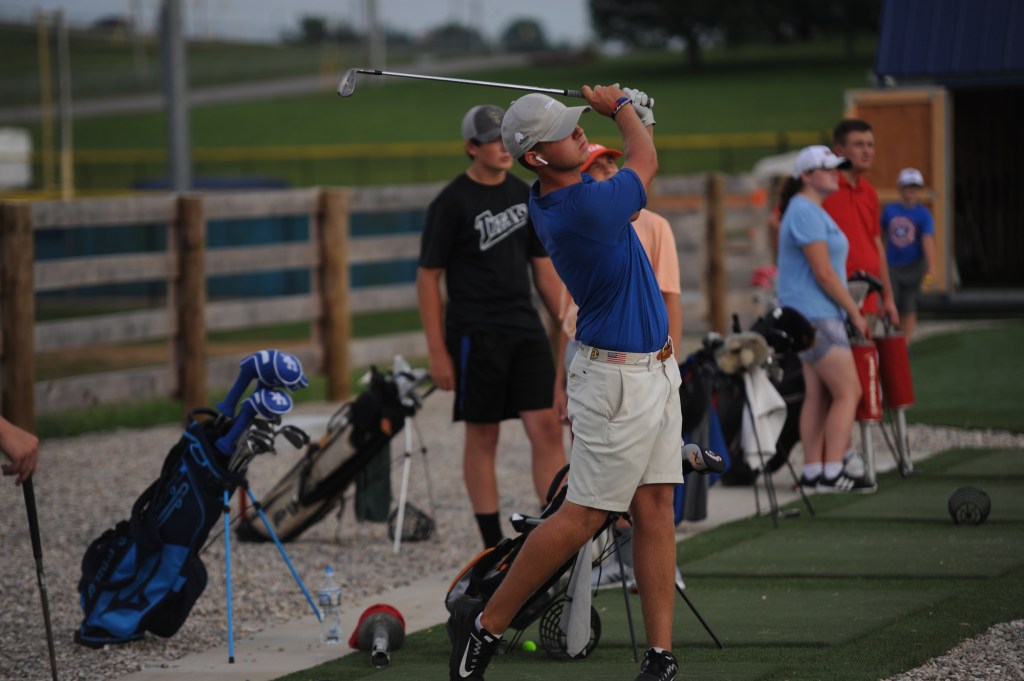 Mercer County senior Reed Gritton made the state tournament this year. With the changes in who qualifies in 2019, his coach Jay Anderson believes he can be the first Titan to qualify in consecutive years. (Photo Derek Brightwell)

This year, only the regional champions will qualify for state as a whole, with the lowest seven individual scores making the cut for state.

The change comes as a way to address concerns over the pace of play, while still maintaining the integrity of the state tournament.

Mercer County boys coach Jay Anderson likes the move, and wishes it would have been implemented earlier.

Anderson acknowledges that his current team construction may influence his approval of the change. Mercer currently has two veteran golfers that he believes could advance to state, including a senior who qualified last year. More balanced teams, who could challenge for the regional title as a whole, may not be as welcoming to the change.

“I think it’ll be really good because you’re going to have some outlier girls at smaller schools who’ve just had more access to golf at a younger age and are really good golfers. They would’ve never gotten the opportunity to play at that next level in the state tournament because the two through five golfers are just filling spots or maybe aren’t as interested as the number one girl,” he said. “It’s going to give those girls a lot more opportunities.”

Anderson also believes the change will increase the overall quality of play in the state tournament by allowing more individual golfers with lower scores to get in where they would be kept out in previous years by tougher regional competition.

“In some regions, like for example the Lexington region is always a dog fight where you could shoot even par and not get in. Then you have other regions, like one I’m aware of last year an 84 gets you in,” he said. “So you have one kid who shoots an 84 and gets in and another who shoots a 72 and doesn’t, and in some regards that’s the game of golf and life and sports in general. But that format will increase the quality of play at the state tournament and open the opportunity for more kids to get to experience the state tournament.”